Trance has a long-established history in Southeast Asia. If you ask around you can quickly learn that pioneers in Goa, India were hosting trance events as early as the late 80s and consistently through the 90s. These events spurred the rise of Goa trance and eventually psytrance. Anjunadeep, the globally recognized record label, derives its name from the northern region of Goa which garnered international attention for its trance music events. A short distance away, Thailand was also developing its own breeding grounds for the genre, giving birth to the Full Moon Party in 1985. The monthly tradition continues to this day on Haad Rin beach in Koh Phangan, where locals and tourists traditionally gather on the eve of a full moon and dance until sunrise to the sounds of trance.

When you think of Southeast Asia and cities known as hubs for trance, the Philippines may not be one of the places that jump out at you. The country's capital city of Manila is centred at the junction where the highways of western and eastern influences intersect, a result directly linked to a history of colonization and imperialism from Spain followed by America. As a regional hub for tourism, the Philippines welcomes international guests from all over the globe who also leave their imprint and influence on the territory. As one would expect, the trance wave eventually arrived in Manila, with large scale event producers like Trance Til Dawn and Big Fish Productions bringing notable artists like Armin Van Buren, Andrew Rayel, Ferry Corsten, Solarstone and John 00 Fleming. But by the time Armada Music's MaRLo hit Manila back in 2013, the EDM wave was moving in, leaving trance pulled out by the resulting riptide. This is when local DJ/producer Parnassvs decided to step in and do his part to foster the fading scene, culminating in the formation of Gigas Lux in 2019.

The Manila-based trance collective has an ethos of promoting trance music culture through a combination of releases and events featuring both local and international artists. In their short time, the team has experienced some success, drawing in both old and new fans of trance from the Philippines through a combination of live streams, discussion panels and events featuring prominent artists such as Dim3nsion, Dennis Sheperd, RODG and NIfra thus far. The team has its eyes set on establishing Gigas Lux locally, regionally and internationally. Branching out from their local market, Gigas Lux has already collaborated with Plural Asia from Malaysia and have plans for more collaborations regionally when the market is open to movement again. We caught up with him to learn more about the trance market in the Phillippines. 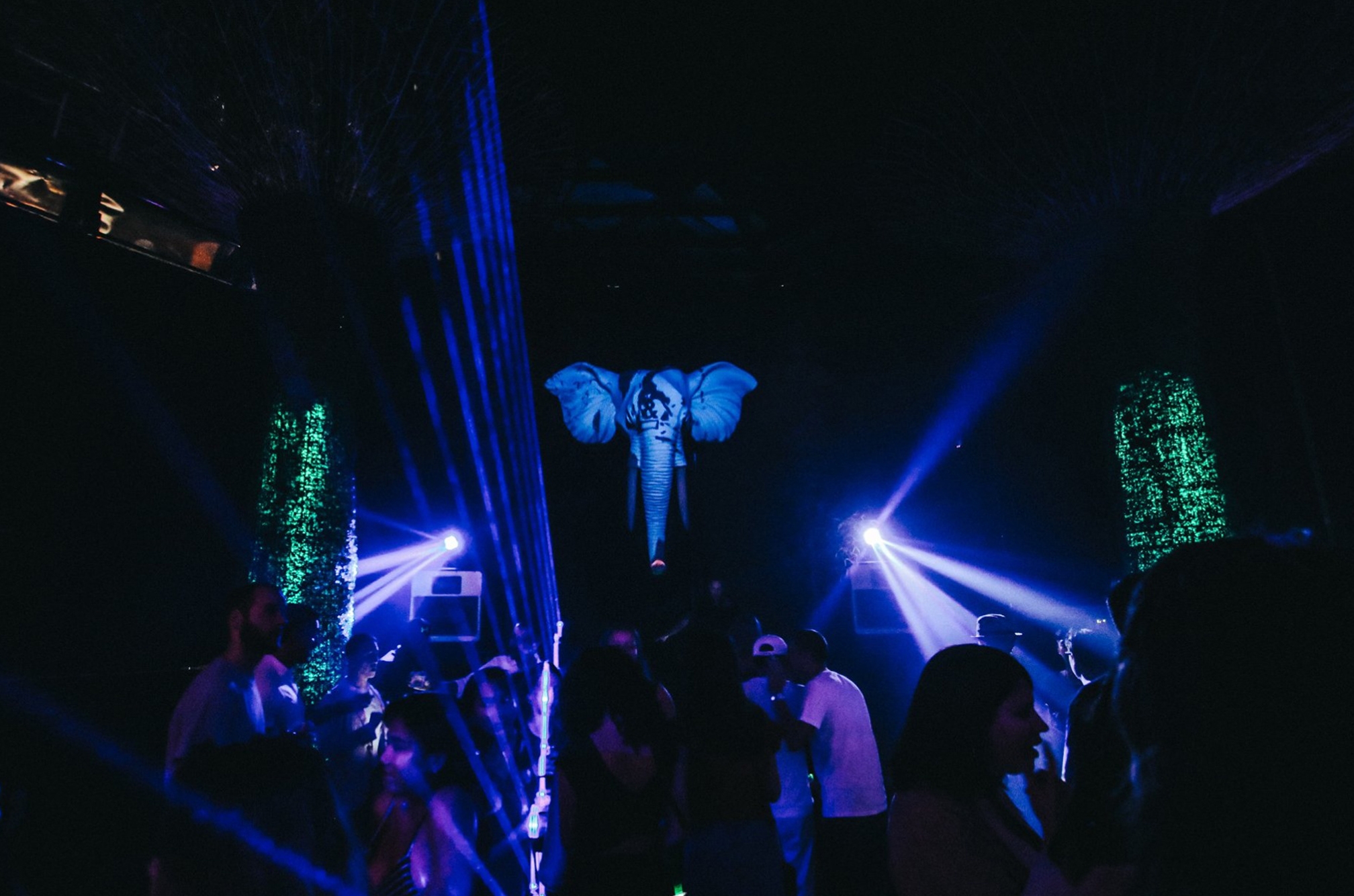 Who are the founding members of the label and give us a bit on their background?

I started Gigas Lux as a solo side project on top of what I was already doing which was producing and DJing in Manila back in late 2016. I moved to Manila working as a researcher for the Asian Institute of Management. Shortly after, I decided to fully focus on trance music as a producer while choosing to relocate in Manila. Not gonna lie, I was a noob. A bright-eyed Fil-Am trying to make his mark through trance music…in the Philippines. It was a long shot. Trance at the time was already waning in support—a lot of people, including DJs were jumping on the EDM/open format wagon. New fans were scarce and events were just not commercially viable. The only active trance group in the whole country was a group called Trance Til Dawn which kindly took me in. There were other nights as well but notably, trance nights were a hit or miss back in 2016. But I still decided to do it. No regrets ever since.

Stories always start at the beginning. Tell us the start of Gigas Lux?

Gigas Lux was started as a way to bolster the fading trance music scene here in Manila. Ultimately the end goal would be a fully structured record label.

The idea of a label and events company was a foundational idea during the creation of Gigas. A label would not be “legit” if it didn’t have its first core trance events here in Manila. Back home in San Francisco, dance music was everywhere especially trance music. The one thing I noticed about the trance event companies back home was having two business facades: events and music. Skills Events and Adrenalin Room, to name a

select few, are great examples of a label and production house all in one.

So fast forward to 2019-2020, Gigas Lux has had numerous collaborations with different venues such as XX XX, Topic as well as connections with notable talent agencies. With the help of Trance Til Dawn along the way, trance was gaining its momentum in the Philippines. (Much love by the way to the founding members of TTD, Renée Rosete, Chico Del Corro, Marti Bicciero and current head director Patricia Santos)

Where does the name come from and what's the artistic direction of Gigas Lux?

I was thinking of names and thought of slogans, one of them I kinda took from my alma mater at University of California, Irvine “Fiat Lux” or “let there be light”. The other, “Gigas” from Final Fantasy 7. I’m a huge FF7 fan—most of my releases are names are sourced from the games.

What genres and realms do Gigas Lux currently operate in and are there future plans to expand on these?

Originally, Gigas Lux was only for trance music. Over time, that umbrella started to widen as more trance artists would do cross over sets or productions with techno and progressive, greatly influencing how our events take shape. Even our DJs would take note. Soon we had hardcore techno, deep house and progressive fans showing up at our nights regularly. When we had Dennis Sheperd over at Topic in November last year, his set had progressive, techno, tech-uplifting in them. I mean, it sounds hodgepodge with my bare description, but Dennis smashed it that night. There was something for everyone.

Our plan in the future is to have different branded nights that would cater to these genres and creatively establish our name through programming as an elemental selling point.

Tell us one secret about Gigas Lux that people don't know?

We’re also the people behind a Communique, a rising house music collective in Manila and Sessions Academy, a media arts school. Both have a solid following on their own as well. We’re a definitely on track to being a propaganda machine. I’m kidding.

What's the most memorable experience at Gigas Lux since starting this project?

Last year 2019 and early this year was the time when we went all guns blazing and started inviting artists to play and collaborate. When we had Dennis Sheperd, Nifra and started to pencil book others for the year, we couldn’t believe it was happening. Venues were asking us to collaborate to bring forth a night at their spot. In addition, our local DJs were getting recognized as well! This was from November to January of this year. And then COVID happened. The COVID situation really flipped everything and made us rethink our plans for the year. Luckily some people who we were in talks to perform in Manila agreed to do live-streaming for the former part of our lockdown. From the beginning of our lockdown in May we’ve live-streamed shows via Twitch and Facebook, featuring acts by Dim3nsion, RODG, Dennis Sheperd, Rinaly, Anakim, Dustin Husain and Niko Zografos. We tried to make the most out of the situation and it worked out for the better

Tell us some of the challenges you've faced running Gigas Lux?

It’s kind of two-fold. We’ve got a lot of push back from more of the older mainstage DJs and event producers as too underground or “high brow” while the underground dance community sometimes has an uncomfortable relationship with trance music quickly writing it off as “EDM”. So it’s a bit discouraging for people to really explore this side of dance music because of crusty tribalism or close-mindedness. It’s the same situation in the US but I think it’s even more palpable here since the industry is very interconnected. Another issue is the current political climate coupled with the COVID situation. A lot of bars and nightlife spots have shut down. It’s a really tough situation.

Are there any artists based around Asia that you are currently working with or would like to work with in the future?

We have a really awesome working relationship with Malaysia’s Plural Asia. They’re probably one of the most established Southeast Asian dance music group that has consistently brought out quality dance music acts and events. Through Plural, we’ve managed to work with awesome DJs who we feature regularly on our online streams like Vision X, Riella, Wild Panda, Gautam Khaw and Axel Groove. In the future, we would like to collaborate with other groups in southeast Asia to continue to showcase our talent in dance music.

What can we expect in the coming year from Gigas Lux?

We have a brand new radio show along with Cao Ocampo and the guys from Z Radio called “FSTVL” which airs every Monday on Twitch and Mixlr. The radio show is interactive with a top 15 countdown of dance music tracks while the second half is a guest mix. Ultimately the show will also try and focus more on Southeast Asian dance music culture. In addition, we’re currently working with Heineken Philippines on a mini online event series called “Our Lights, Our Nights” which tries to advocate for a swift revival of Manila’s nightlife industry. Our first event will be on October 17th and will be an interactive livestream of DJs and performers. Lastly, we’re almost done creating our promo structure for our music releases. We hope to have this ironed out and start releasing music by May 2021.

Any closing words from the label?

I want to specifically thank all the DJs that have continuously streamed for us during the past six months. Without you guys, hope for our industry is a bit bleak. Also many thanks to Topic, XX XX, Trance til Dawn, Manila Community Radio and Plural Asia for supporting Gigas Lux. Very thankful for everyone that has supported our events as well as our acts throughout the year. We’ve only just started and we hope to see you guys on the dance floor very soon.