Yun beng di 云蹦迪, or dancing on the cloud, is the fitting name given to the practice of live-streaming music events in China. Though not an entirely new phenomenon, it's something that has become increasingly popular in the wake of the COVID-19 outbreak as venues and artists grapple with blanket closures, and house-bound party people search for some form of virtual-interaction to stave off the effects of isolation.

Live-streaming has long been a popular mode of entertainment in China, with viewers routinely tuning in to watch shopping broadcasts, gaming events, influencers, and all kinds of amateur performances. With upwards of 20,000 concerts or events forced to postpone or cancel completely since virus-related quarantines were put in place, nightclubs and event organisers quickly made the most of the medium in an attempt to keep the party going — and, in some cases, generate much-needed revenue in the process.

Bedroom Online Cloud Music Festival first took place at the end of January on Chinese video-sharing platform, Bilibili, and proved such a success that it has since become a regular feature. Superclubs followed suit, with venues such as One Third in Beijing introducing streaming events — in the process generating an impressive two million yuan (US$285,000) in 'tips' via the Douyin platform, China's TikTok equivalent. Promoters have been in on the action, too, such as Brotherhood Music, who've been inviting international DJs to join in their popular cloud events — including MOTi, Julian Jordan, Danny Avila and Sam Feldt. Among the big-name artists to hop on-board are EDM giants Yellow Claw, who livestreamed a show for their Chinese fans which picked up around 2.2 million views. The Dutch duo donated all profits from their recently streamed set to the relief efforts in Wuhan. 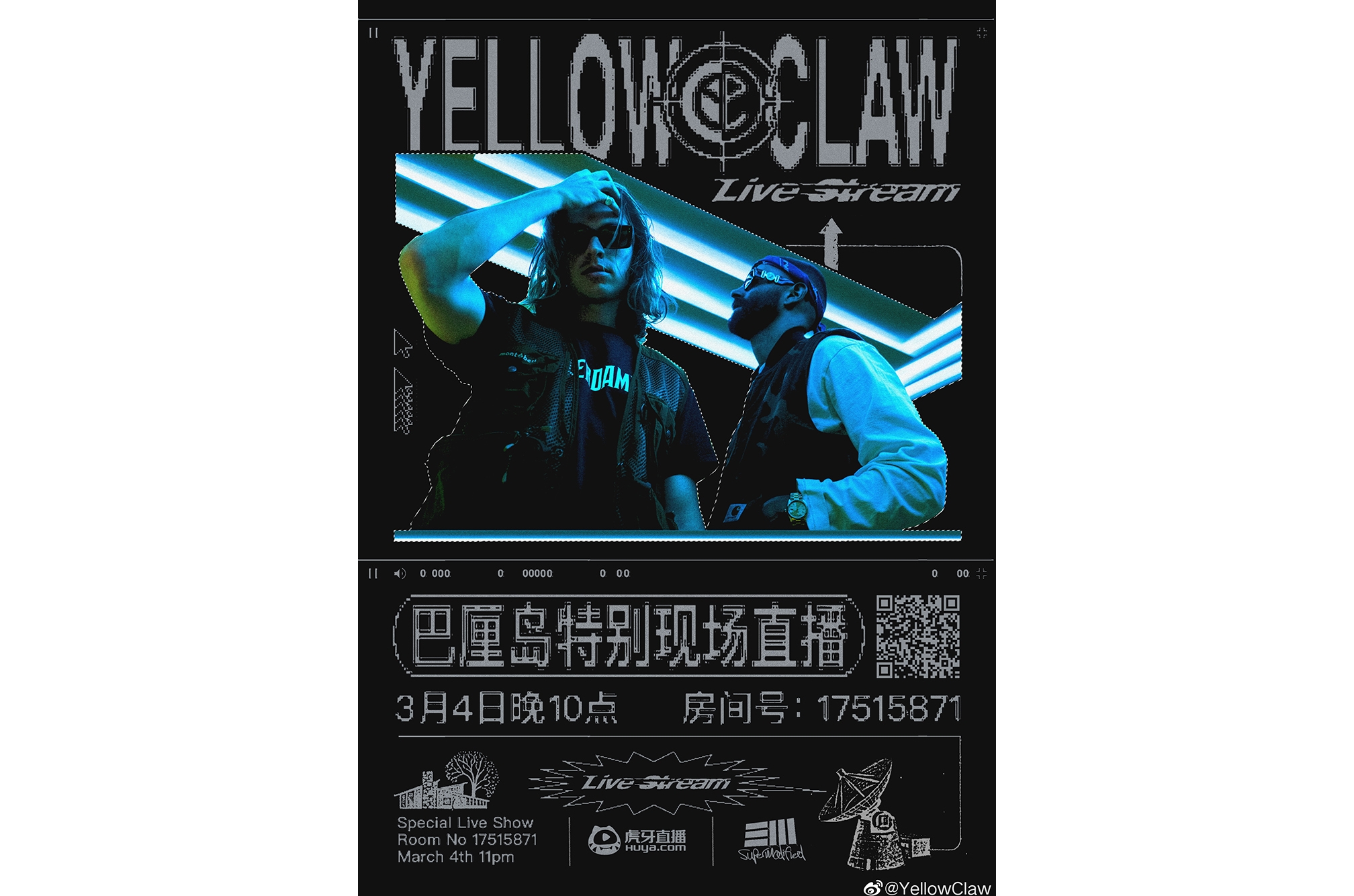 Chinese EDM DJ Panta.Q's recent two-hour set incorporated DJing and a live performance, garnering an impressive 100,000 viewers and raised 8,000 RMB in the process. Though his show was successful, the Beijing-based DJ and producer feels that nothing can replace the vibe and energy of face-to-face gigs. "For work, (to) do it sometimes is ok, I'm not interested in live streaming performance very often, because the best thing of performing, for both DJ and audience, is feeling."

While the endeavour may lead to income for some, bountiful revenue isn't necessarily the net result for all, but neither is it the primary objective. "We've been doing live streaming every day since February 27. The income is just a little, but we have a lot of fun" said Ellen, from a club in Chengdu, called Tag. "It might not have a direct impact on the club, but this platform can let everyone start to interact and unite again." And, though the web parties have been a welcome source of entertainment, Ellen can't wait to switch her focus back to live shows. "The immersive experience and the interaction between people are irreplaceable.”

The absence of social interaction is precisely why the practice has become so popular for those in isolation. Trapped inside homes and starved of human contact, the dance community are turning to the virtual world to counter the effects of boredom and loneliness. “People are joining some virtual communities to seek social connection and a sense of love and belonging,” said Xing Cai, associate professor of psychology at The People’s University of China.

This is a view echoed by Liang Liang Yuan, general manager of Shanghai hotspots Taxx and Eraa. "During the outbreak, many customers and friends said that they were very anxious and depressed at home. (We) wanted to share some music with people through live streaming... to relax and disperse some anxiety." Although the process hasn't led to a significant income, Liang Liang remains positive about the experience, saying "through live streaming, people can participate in and understand the offline entertainment music culture better. So we think it still has some pioneering significance."

Maxxi from Vervo in Kunming takes a philosophical viewpoint when considering the fallout from the crisis. "It could be a beginning or an end," he said, adding that their club has been experimenting with streaming. "We did some on Xiami platform and also on Modern Sky Lab Kunming. We never thought about the benefits. Just for fun."

Although they haven't yet climbed on board the streaming train, Michael from Dada — who have sites in Beijing and Shanghai — was encouraged by the potential benefits. "I suppose it will become more popular, and people will get used to it," he said. "The cool thing is that more people around the country and world will be exposed to more interesting music, not everyone can go to the best clubs in the biggest cities."

The idea of watching a DJ tweak controls and dancing on the spot in an empty room isn't entirely thrilling. Shenzhen-based producer and DJ EMI-CX feels that in order for it to be compelling, the content has to include some added value. "I hope I can do it in the forest, on the beach or on the rooftop, playing with friends who always came to my gig," she said. "I'm not the one who doesn't like live streaming, just feel weird DJing at home or in the club with no audience to communicate with.”

And some of those we spoke to were even more skeptical about the concept of clubbing in isolation. Though Suzhou-based DJ and producer Galaxy Knight feels anything that helps raise money for those worst affected by the outbreak is a good thing, he feels the streaming trend may be short-lived. "In China, the main people who do live streaming are the influencers and video game blogger, things that most of the people accept can become mainstream, I believe everyone will go to live show after the outbreak." 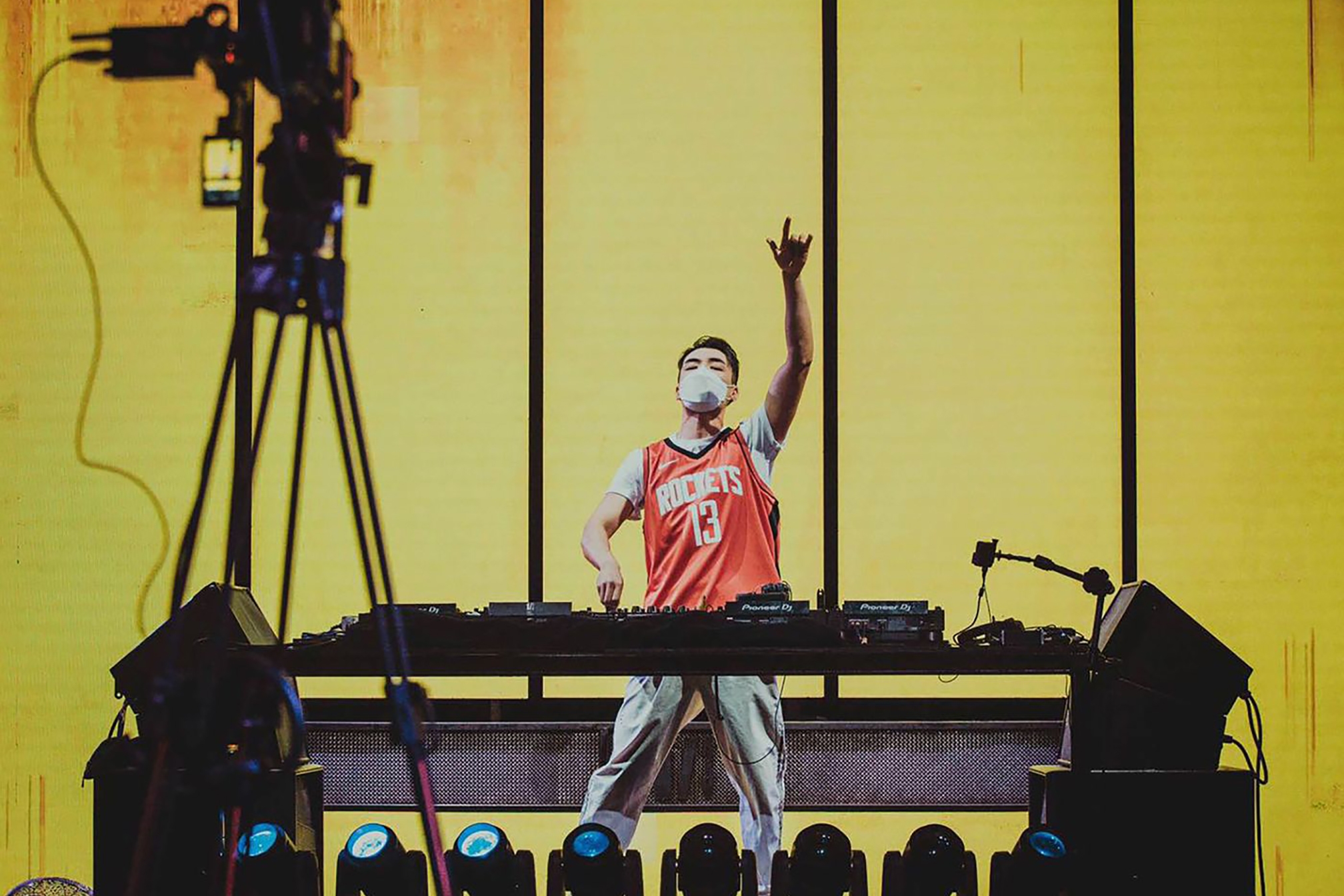 It seems indisputable that the experience of real-world clubbing would need to be more closely replicated in the virtual realm before streaming could be considered a credible alternative. "We can do it if we can have the most beautiful things about dance music — atmosphere, sound, light, visual and communication between people via live streaming," said Anfernee Ngan, from The Window club in Guangzhou. Currently, he feels the technical limitations are a prohibiting factor, with poor quality home speakers providing sub-optimal sound quality one of the main offenders. "This is really not what we want; it destroys good music."

For producers, one favourable outcome of this unprecedented situation has been the sudden abundance of much-needed studio time. Producer and DJ Lanx from Shenzen has been making the most of the free time. "I brainstorm and do some demos every day, the styles of these demos are totally different and be completed by different software," he said. "Besides, I'm working on the production and mixing of my first ever EP."

Others, too, can see a glimmer of positivity in the most adverse time, allowing for reflection and future planning. "We are the people who can't stay at home all the time, more and more (we) miss and love the job from the heart," said Liang Liang Yuan. "I believe everyone will be full of energy after the epidemic. There will also be a new understanding of life in the future."

Whether or not live streaming is here to stay, or merely a brief distraction from the difficult times we're currently living through, there is a strong feeling that the underground music community will endure. "We have been in the electronic music scene for around 20 years," adds Ngan. "Electronic music is our belief and part of our life. We have survived worse conditions such as SARS and the financial crises in the past and also have to fight with mainstream clubs. We believe that the party will never die and good music will last forever."

With the global situation appearing grimmer by the day, we can expect the live-streaming phenomenon to spread. There is perhaps a sense that the feeling of impending doom that many of us have been familiar with for a lifetime may, in the short-term at least, actually be upon us. Perhaps in circumstances as extreme and unprecedented as these, dancing on the clouds is one of the more favourable options we have open to us.

This article was composed based on interviews conducted in Mandarin which first appeared on the Chinese platform, Dian Yin Kuai Che (电瘾快车). You can read the full interviews here.

[Streaming image via Bloomberg / One Third]