If you’re weeping the loss of Singapore's beloved Zoukout, which announced it was going on a hiatus this year, there is still a plethora of festivals nearby to discover. If you're looking for a new experience, you might want to test the waters at Legacy Festival in Singapore, or at EDC in Guangdong, China. For fans of house, techno and everything in between, regional stalwarts like Epizode and Wonderfruit are also drawing near. Or why choose? You can always do them all. Here is a list of everything under our radar between now and the end of the year: 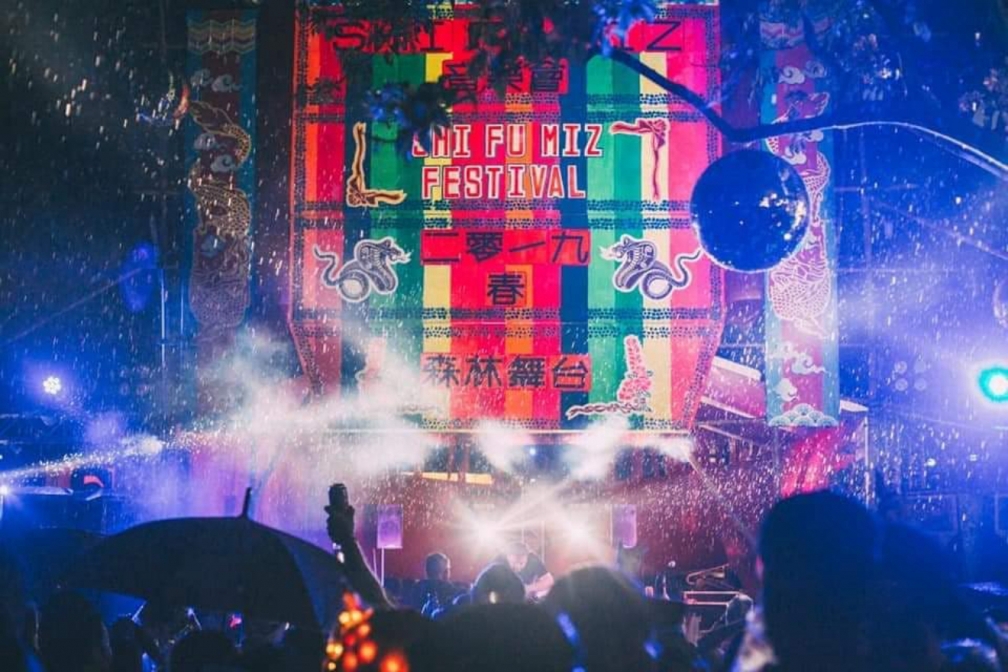 Shi Fu Miz Festival is an innovative outdoor music festival that pairs nature with underground music. Music lovers can enjoy live music by talented indie artists from around the globe on three stages on the island of Cheung Chau outside of Hong Kong. Shi Fu Miz also offers a chain of educational programmes including outdoor yoga and eco-art projects for attendees to better resonate with the beauty of art and nature. 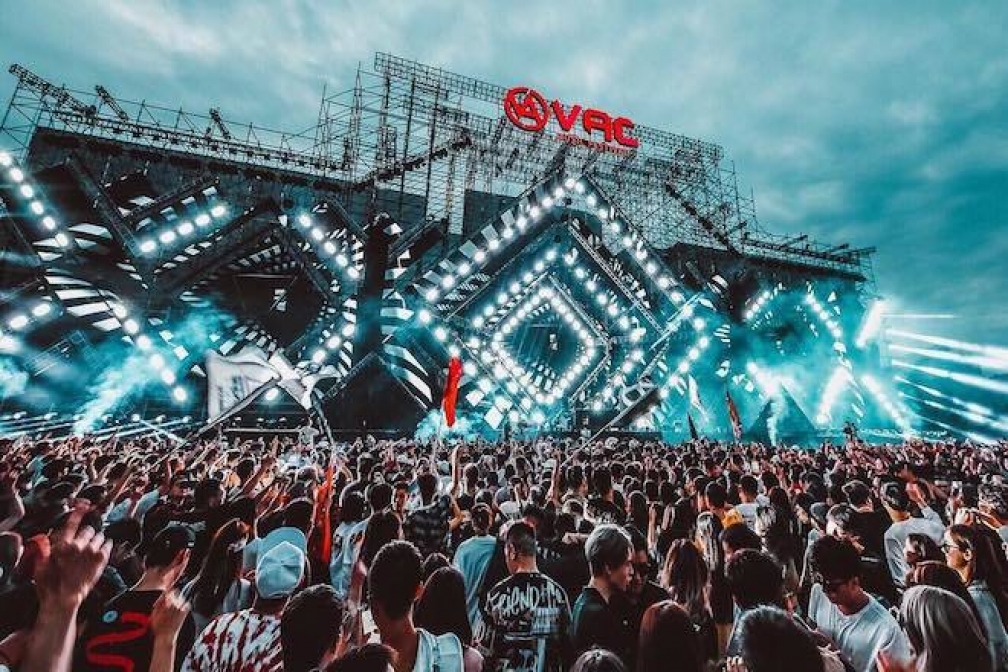 The largest EDM festival in Central China is back again. Fans can expect more from VAC this year, which stands for Vision and Colour, as it will be hosted at the Wuhan Garden Expo Park, an enormous outdoor park embellished with the beauty of traditional Chinese nature. It will be fascinating to see a future-styled rave blended with Chinese aesthetics. Led by Martin Garrix, Alan Walker and R3HAB, the impressive main stage stands at 70-meters wide and 26-meters tall. This festival is definitely one not to miss for music and culture fans in China. 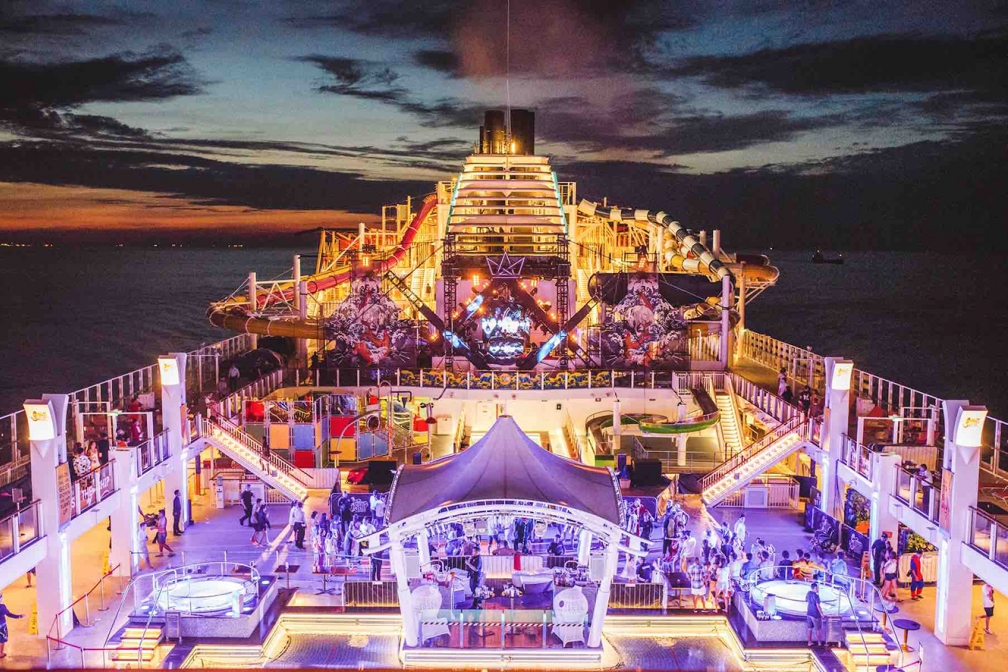 It's the Ship is a three-day, two-night floating music festival, as well as Asia's largest festival at sea. The event takes place aboard a luxurious cruise liner with added comforts like a waterslide park, bowling alley, 3D movie theatre and a mini-golf course. All this and we haven't even started on the thrilling shows by some of the world's biggest EDM giants. Get your tickets and lock in those dates for a boat trip of a lifetime. 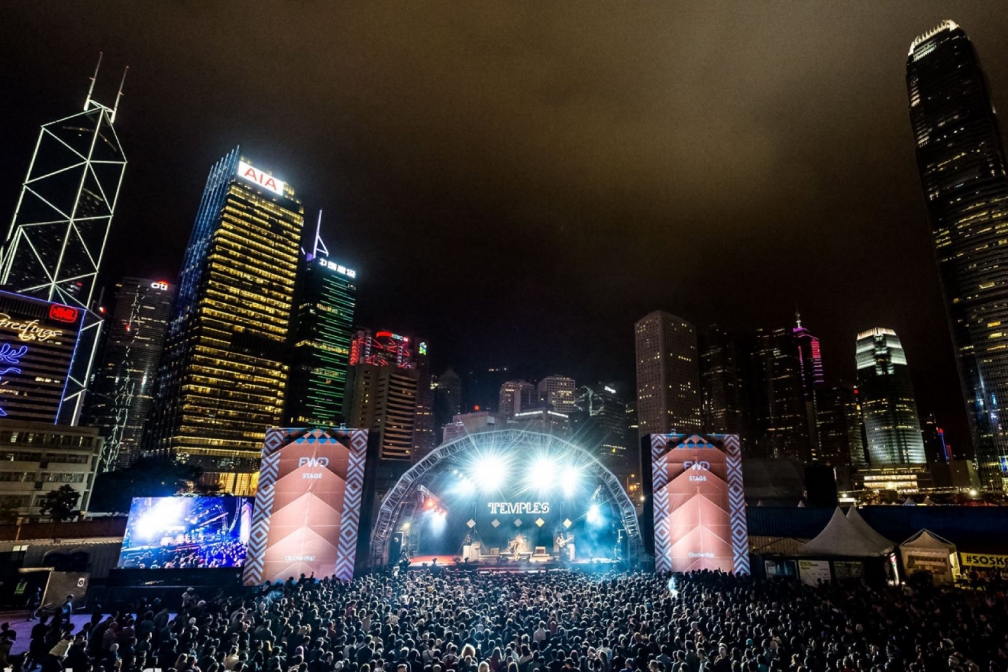 Clockenflap is Hong Kong's biggest and most famous music festival and gets attention from musicians all over the world. Some of the greatest things about this music festival are that it integrates all kinds of music in one space, from EDM to pop music. Music is shared, and people can spend their weekend indulging themselves in laughter and enjoyment along with great music. Definitely a music festival on everyone's bucket list, especially because of its epic backdrop—Hong Kong's legendary skyline. 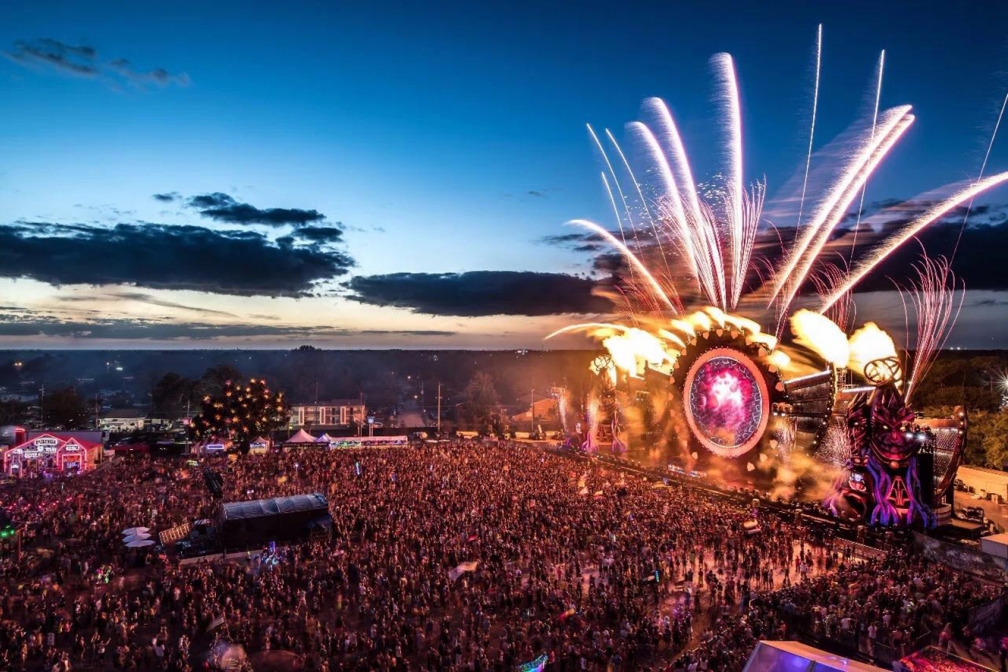 Lauded by many as one of the top three music festivals in the world, EDC has recently expanded to Korea and China. Its over-the-top stages and staggering performances have never let fans down, and the impressiveness has been replicated from Vegas all the way to Asia. This year's highlight performances will be from artists like Marshmello, Tiësto and San Holo who will be DJing in a back-to-back style. Fans are also encouraged to put on their craziest costumes and soak in the all-night party vibe. 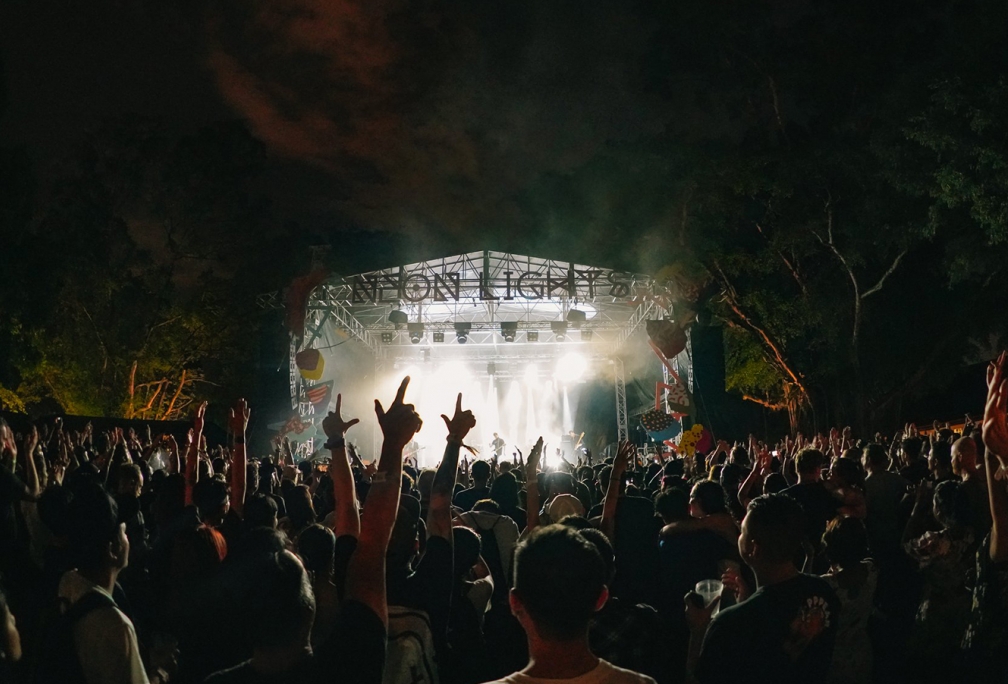 It's rare to have a music festival that caters to all ages, but Singapore's premier music and art festival Neon Lights does just that. The event pushes youth tickets and includes family-friendly programmes, making it a not-to-miss event for families full of music lovers. This year's artists lineup comes from six different artists including headliners Mumford & Sons, Halsey and HONNE. 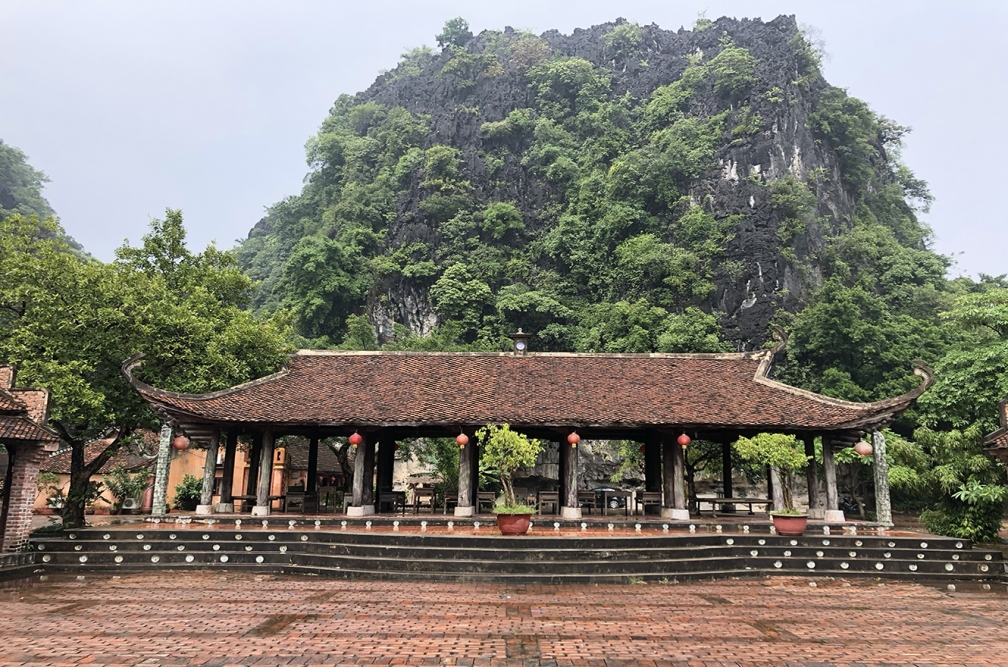 This two day festival by Studio Adventure is set in the ancient village of Tam Cốc, a small historical site filled with antiquated housing, meandering streams and limestone caves and structures. The peaceful and tranquil setting is enhanced, by contrast, with a line-up spearheaded by Cleveland (ESP Insitute / Hivern Discs) and some of Asia's finest electronic artists. 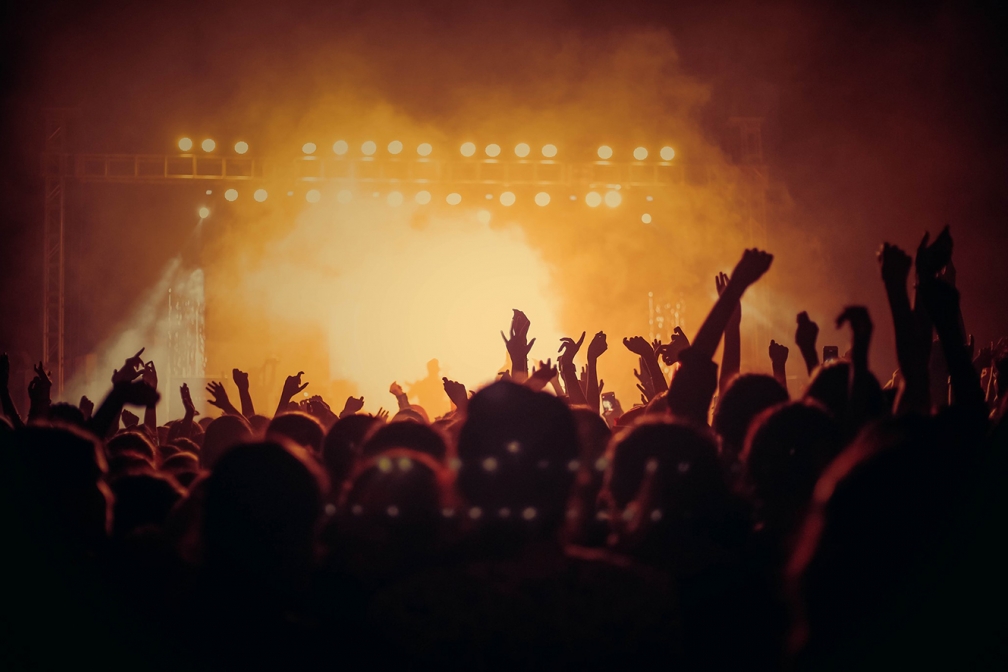 Save the date for the debut of Legacy Festival, running for the first-year time this year in Singapore. Unfolding at Siloso Beach, Legacy Festival will provide stunning design and immersive technology coupled by live music stages and topped off with DJs like Tiësto and Don Diablo. Added bonus: Radio-controlled wristbands will be given to attendees so they can create patterned flashes intended to gear up a delightful moment that engages everyone in the crowd. 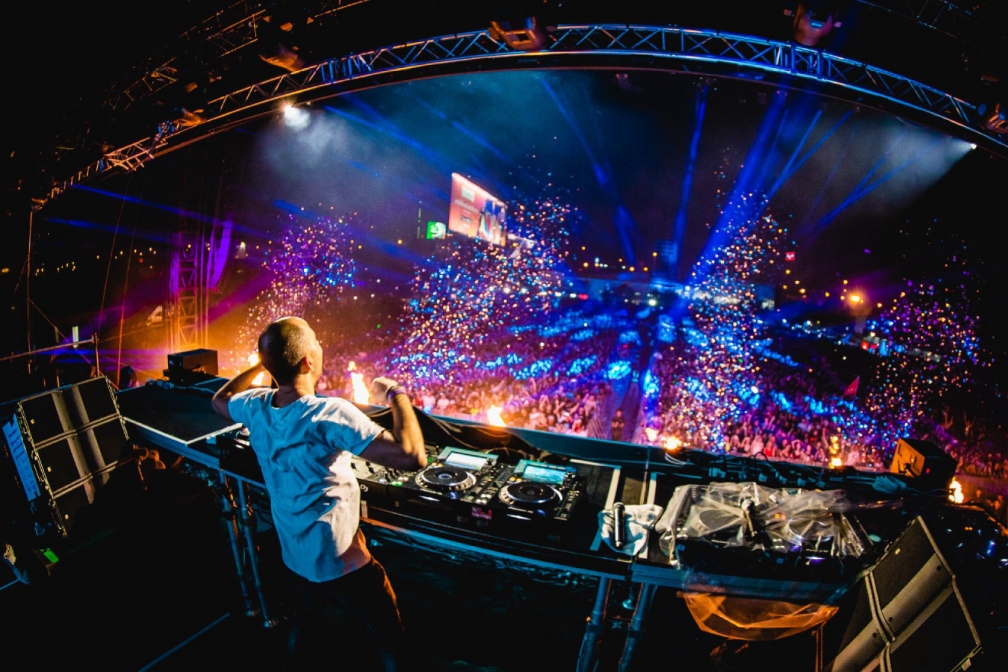 The first 808 Festival held in 2013 set off a wave to Thailand EDM festival, it offers all kinds of dance music from rap to techno performed by world-class lineup on the luxuriously decorated stage. Getting to its 6th edition, comments surrounding this year's 808 Festival have been explosive since last week first phase line-up announcement, as fans are readying themselves to welcome DJs Calvin Harris, Skrillex and Zedd. This three days event is a dream to all EDMsters and worthy of a weekender if you’re outside of Thailand. 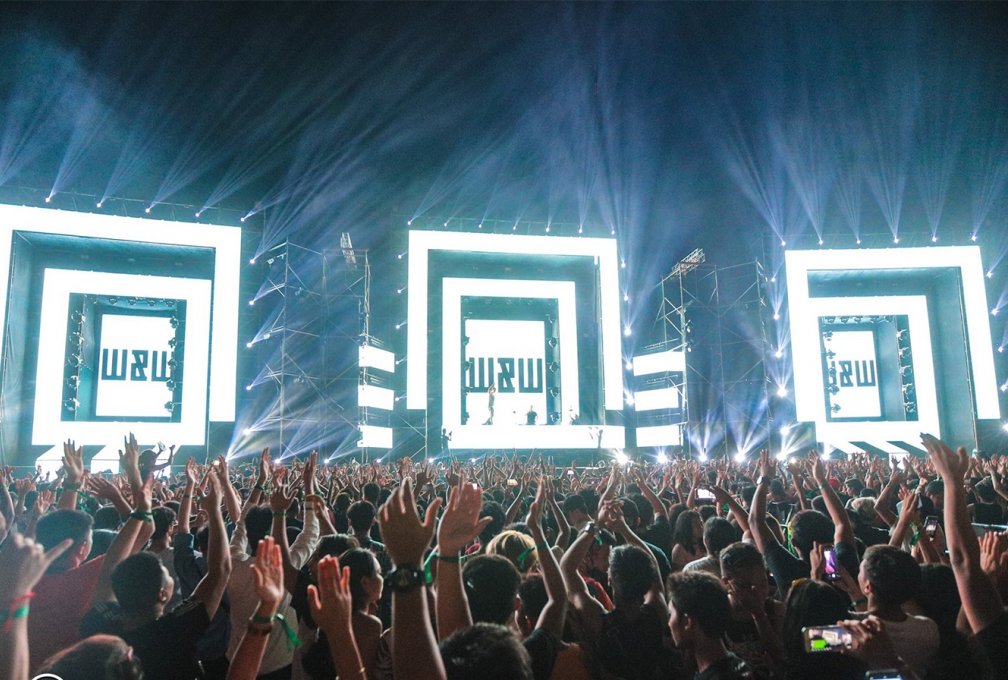 808 Festival continues its expansion to Myanmar happening at the same time as its sister festival in Bangkok. CEO of the festival organizer H-Life Entertainment Sai Kyaw Win brought 808 to Myanmar in 2016 in hopes of making the festival becoming one of the leading music events in Myanmar. After six years of success, fans can expect this year to be one for the books after it was announced that Skrillex would be heading to Yangon this year.

Date: December 7
Line-up: Skrillex. The rest of the line-up is TBC 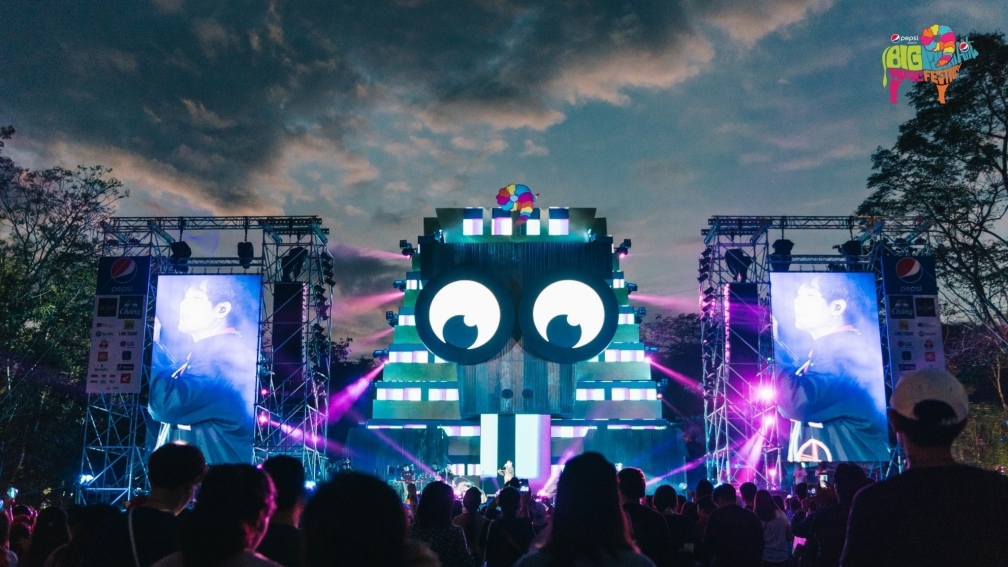 Big Mountain Music Festival (BMMF) has garnered all kinds of excitement over the years after putting great effort into programming all types of music into a two-day outdoor programme. Fans can cherry-pick whatever music they like from more than 200 music shows including pop, rock, folk and EDM music, as well as traditional Thai folk music. BMMF organiser Yuthana Boonorm described the festival as being like 'tom yum gung' (Thai spicy soup) since it gets the best local bits from Thailand and combines it with a different flavour of music across the world. 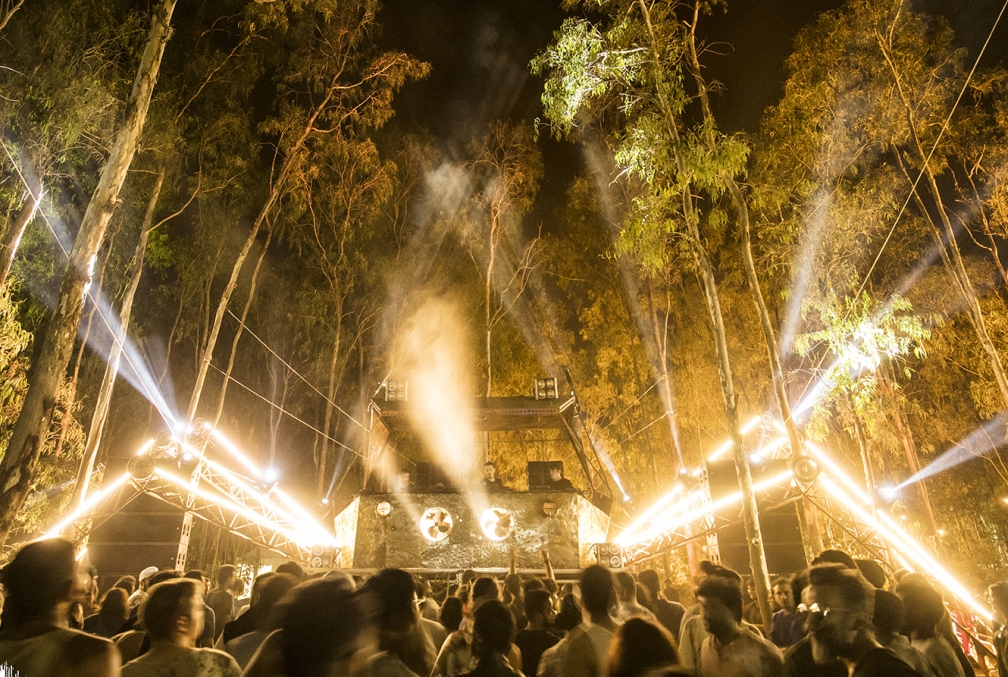 This is definitely a dream for all music lovers who concern for the environment. Echoes of Earth takes place in a lush greenery in Mumbai, stages are specially designed to preserve the integrity of nature. Apart from hosting performances from over 40 local and international musicians, the festival also offers a range of sustainable & cultural activities that are suitable for all-ages. 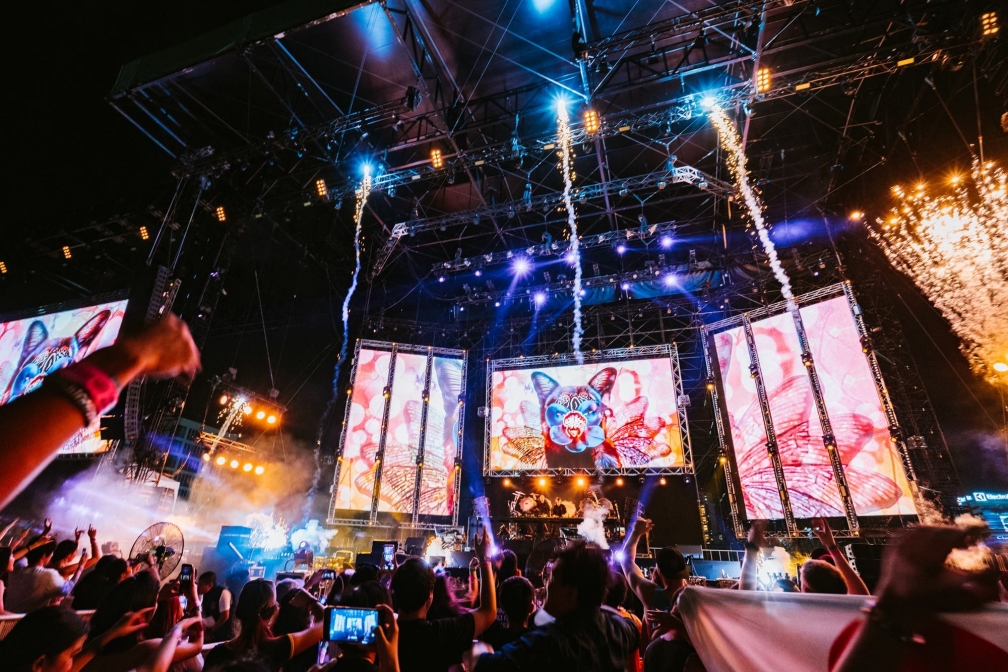 Maya Music Festival is a beautiful collaboration between dance music in the east and west. The festival invites international EDM artists sidelined by J-pop/K-pop fans groups. Year after year, stage production is over the top and makes Maya Music Festival Thailand’s most revered destination festival for all things EDM. 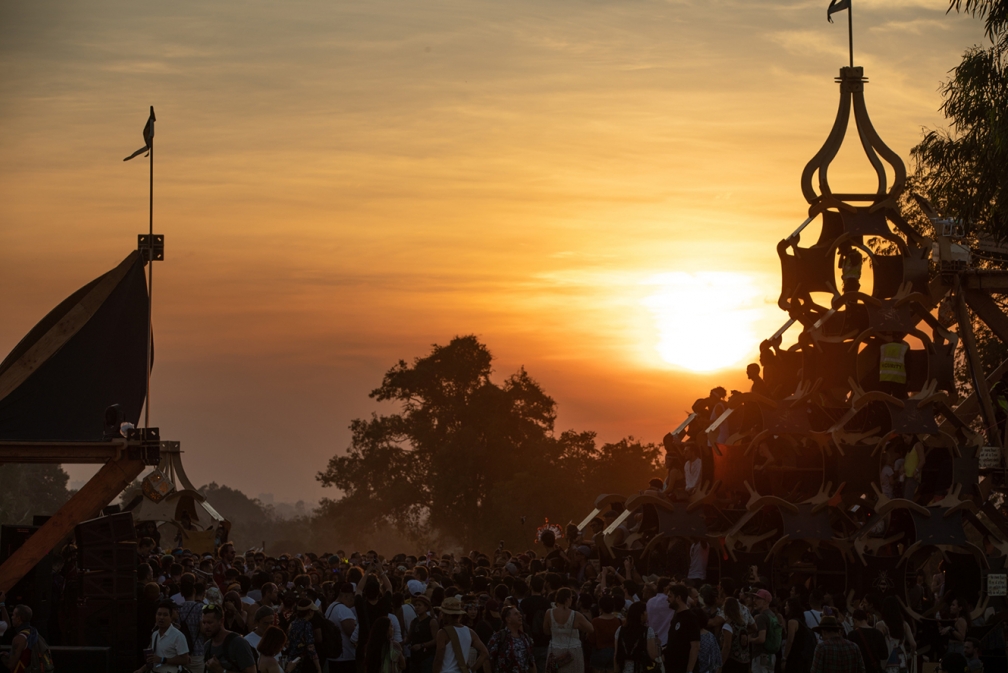 Coming into six years of Wonderfruit, the four-day music and art festival continues to carry out its ethos of sustainable living but amplifies it every year. Wonderfruit is always about so much more than just music; it also highlights informative talks and fun workshops about the environment and more. This year, attendees are reminded to bring their own cup as Wonderfruit will not provide any single-use cups in an effort to reduce waste. 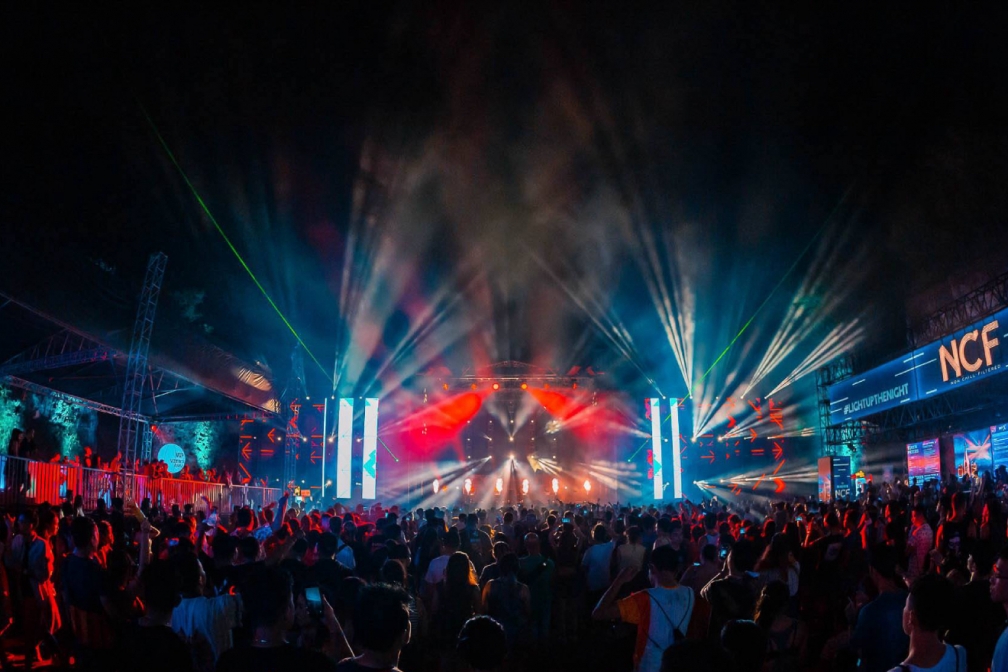 Djakarta Warehouse Project (DWP) boasts one of the biggest line-ups in Asia packed with the industry's most revered headliners —it never ceases to deliver. This year is no exception: with Calvin Harris, Dash Berlin, Jonas Blue, Martin Garrix and more EDM giants dropping in on Jakarta to perform at DWP. Fans can enjoy great live music under the splendour of fireworks that are set off at night. The festival is definitely one of our top picks for 2019. 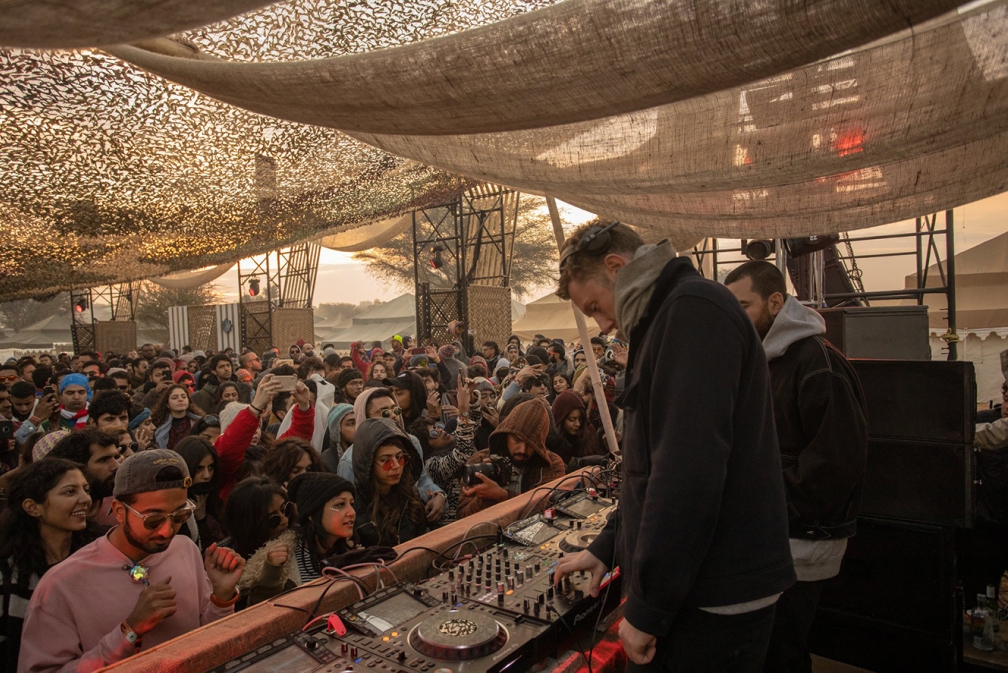 The magical three-days music carnival is going to its seventh year, Magnetic Fields continues to take place at the heritage palace in Rajasthan. Attendees can experience three days of Indian royals lives by dancing on the rooftop of Alsisar Mahal, enjoying traditional Indian cuisine in a dazzling light of sunlight and of course, listening to some of the finest music from underground stars. A must-go festival for all Indian culture's maniac. 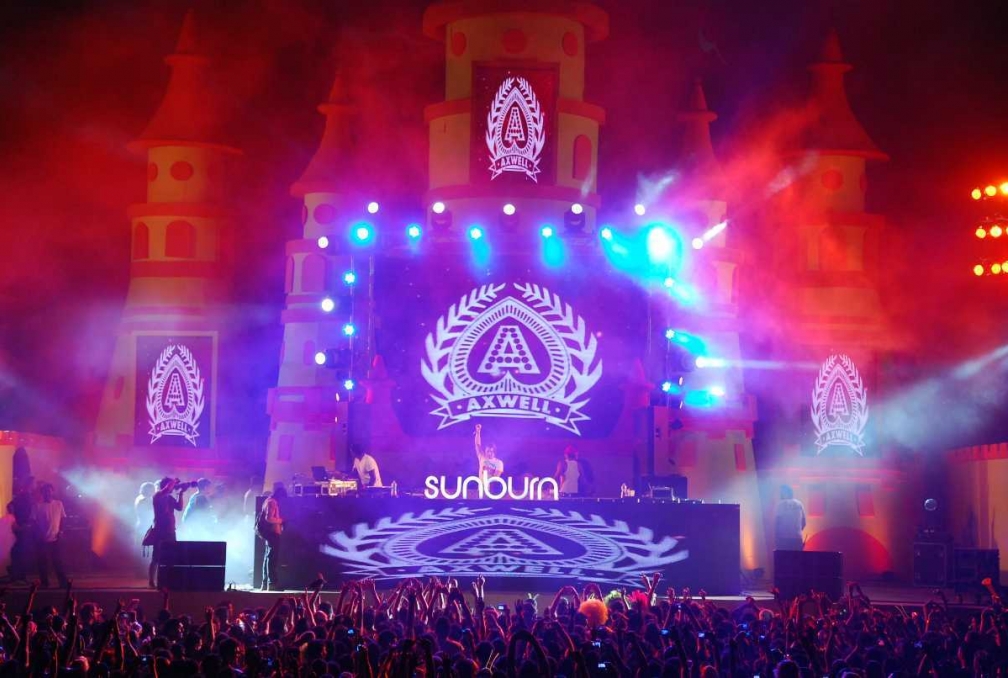 Beginning in 2007, Sunburn Festival now attracts over 30 thousand tourists to party at its euphoric stage. This world-famous Asia-based festival is returning to the beach of Vagator, Goa in 2019, where attendees can enjoy its legendary sunsets off its astonishing red cliff beaches. The Chainsmokers, Calvin Harris and Martin Garrix will be playing this year's edition of Sunburn. 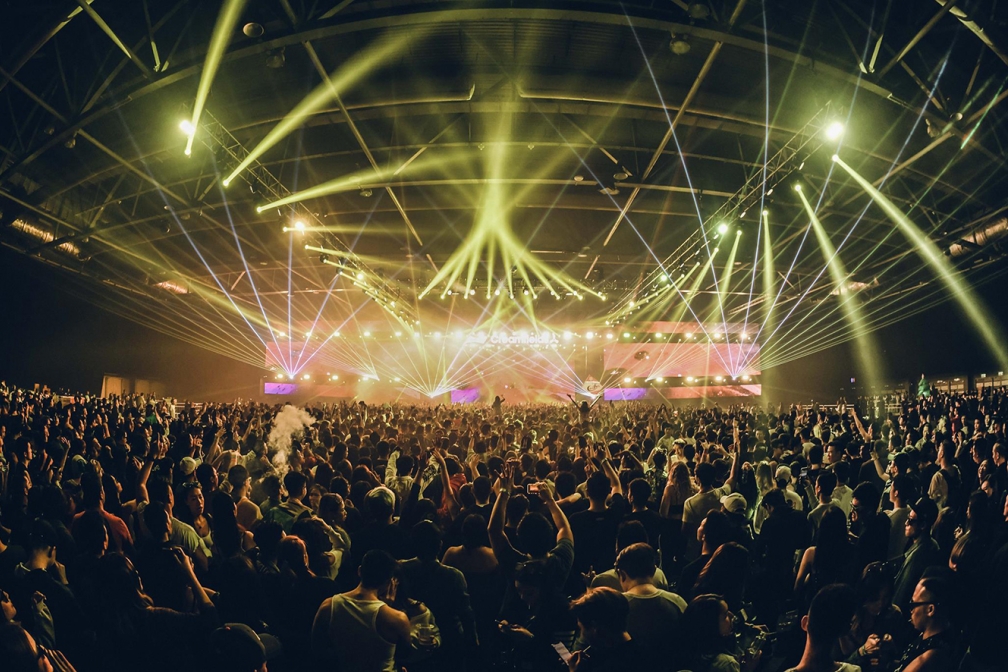 Since the International renowned dance music festival Creamfields has debuted in Asia two years ago with its first stage rocking at Hong Kong. The line-up this year looks to be some of the most exciting news for EDMsters in Hong Kong. With over 30 superstars DJ performing and two outdoor stages hosted, it is set to take place at the end of December in Hong Kong. 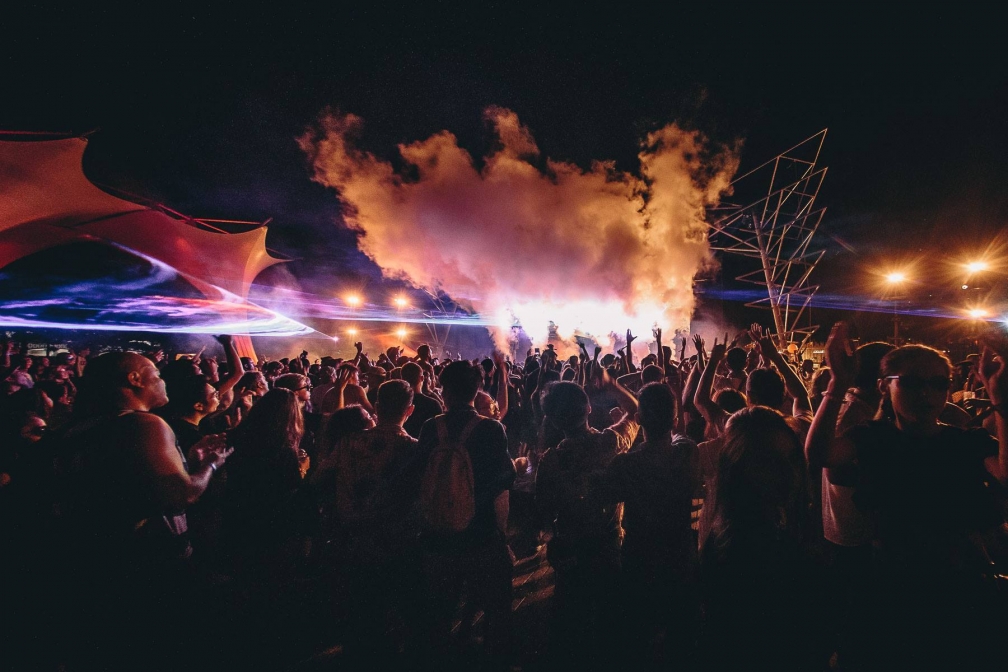 What's better than an EDM party that happens over New Year's Eve? Epizode is a music and art festival held annually in that has become a winter hub of partygoers, travellers and industry insiders. It returns this year with the latest electronic music trends and legendary DJ superstars from all around the world. It is unfolding on the well known Sunset Sanato Beach on Vietnam's gorgeous Phú Quốc Island.