My body was still reeling with jetlag by the time I made it out of Vietnam. It’s another animal, Epizode, in fact its more of a beast coming in at 10 days of near non-stop raving and was monumentally more epic in its sophomore edition than its already impressive debut last year. While still in its infancy, it didn’t feel like it but instead felt more like an electronic oasis that is somewhere between an exclusive beach holiday and a blockbuster music festival minus all the unnecessary bells and whistles. But you’ve probably already seen that in the plethora of viral pictures and videos that have been making the rounds since the event closed last month. Images painted a picture of a sun-soaked idyll with few visible changes from the festival’s 'trial run' last year except for the addition of several new art installations and a totally fucking insane line-up that saw Epizode lean heavier on influential acts this year with over 100 artists playing over its 10-day sprawl. Masterly programmed in a truly paradisal setting, ideal weather and on a site purpose built for the festival, Epizode has set a new benchmark for underground music festival not just in Asia but around the world. 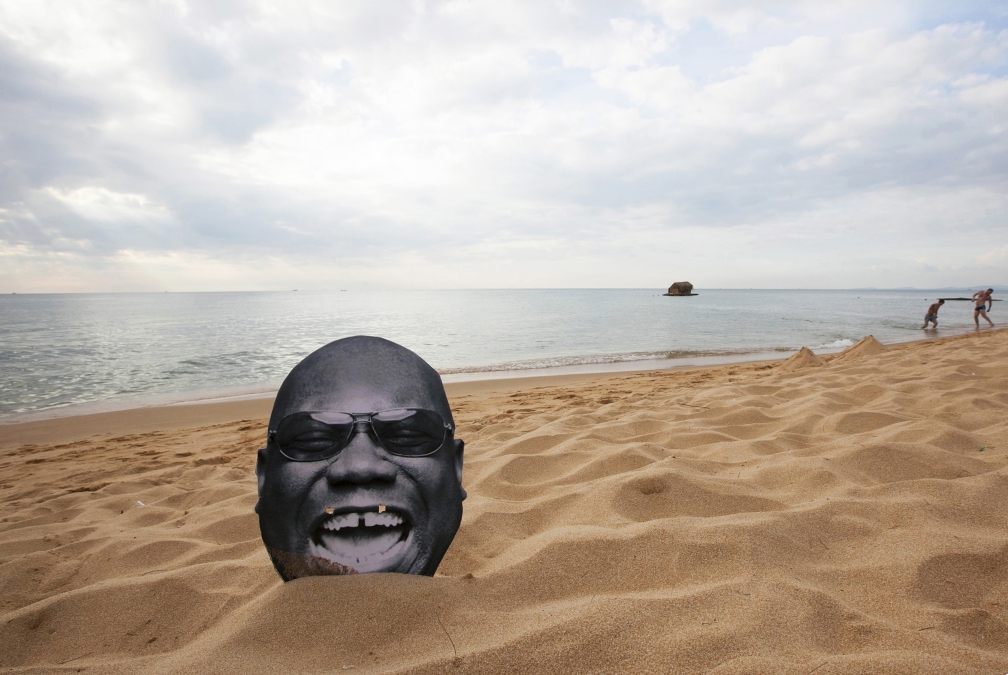 Adventurous promoters worldwide have long been marrying music with the tropics so it’s hard for a festival to come up with a fresh concept and a unique home in an oversaturated market but Epizode – a 10-day homage to house and techno – has built a bespoke atmosphere and found its groove in one of the most unassuming and somehow unexploited parts of Asia – Phú Quốc Island in southern Vietnam. Bringing with it a superstar circus, of which 75% had never been to Vietnam, and parties that pulsed from midnight until just past twilight every day, Epizode has already become a revelatory musical experience for the region at a time when the dead of winter is settling over most of the world. And with BPM no longer taking place in Mexico, could Epizode fill its void? That thought was not lost on anyone, to be sure.

There isn’t a more fitting word to describe Epizode than epic and this is our 5 reasons why:

The unassuming landscape surrounding the festival site on Long Beach is desolate and arid with construction dominating the area but upon approaching the festival grounds, there lies a picturesque beach that could not be better described than idyllic. Dotting the beach are Dali-esque marvels that jut out of a turquoise tinted sea while back on land the stages are built up into works of art themselves atop of alabaster sand. The line-up was split across three stages, Eggs Stage, an ocean-facing stage with a line-up weighted towards Asian acts, The Freesby Stage, the now iconic dance floor under what looks more like a UFO than a Frisbee and The Main Stage that opens up onto the Gulf of Thailand. All together the site look more like an avant-garde playground on the beach than a music festival. 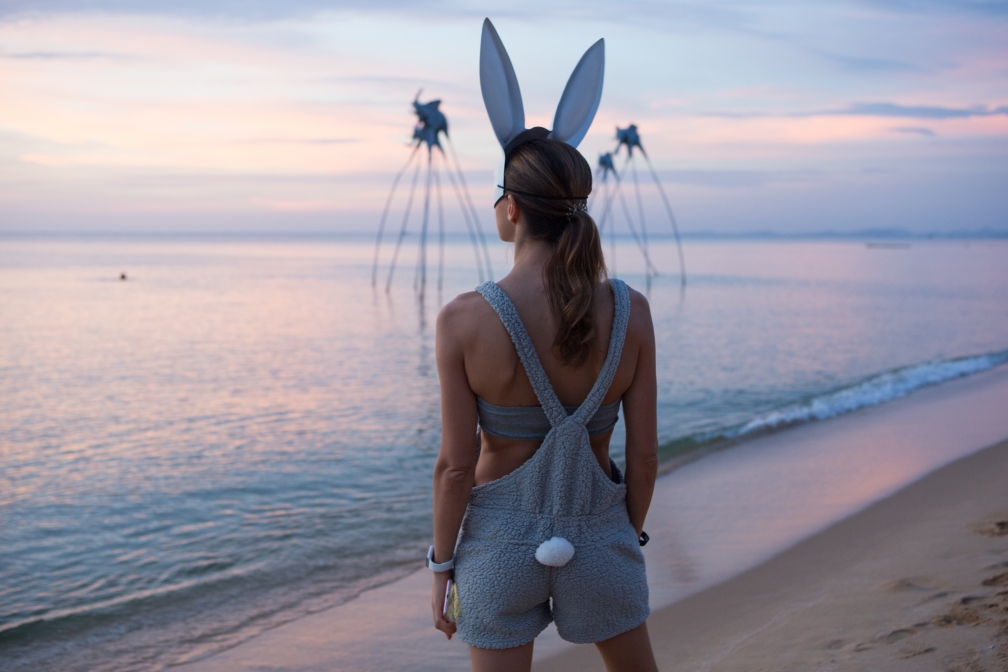 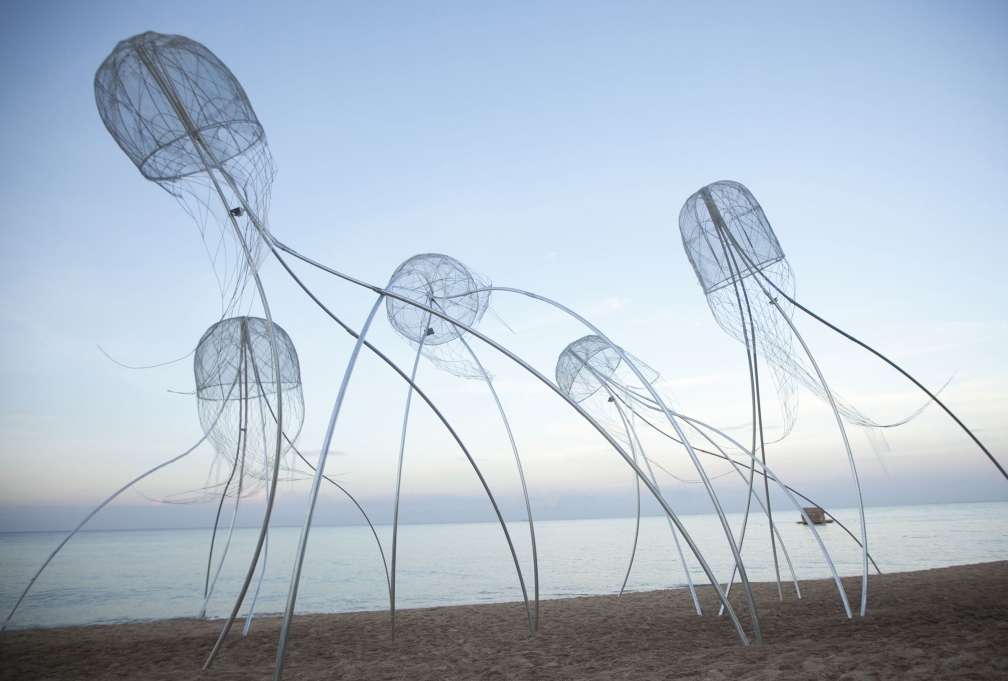 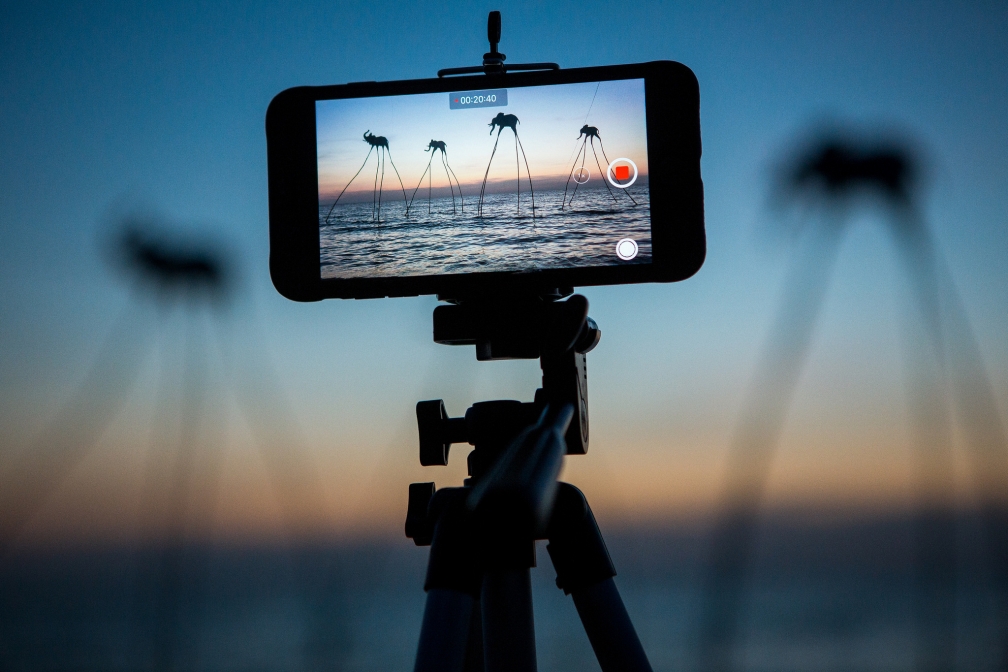 Impromptu back-to-back-to-back sets beautifully depicted the serendipity of Epizode festival. Schedules were released day-by-day and back-to-back sets formed around them, often at the last minute and surprised even the organizers. And often after most people had gone to bed. They’ll learn…

Dream teams made up of Loco Dice b2b Bambounou b2b YaYa as well as Pan-Pot b2b wAFF b2b Nic Fanciulli made up many of Epizode’s peak moments and goosebump-enduing frenzies, all of them generating some of the festival's most enviable vibes. Check out some of the raw vids below. 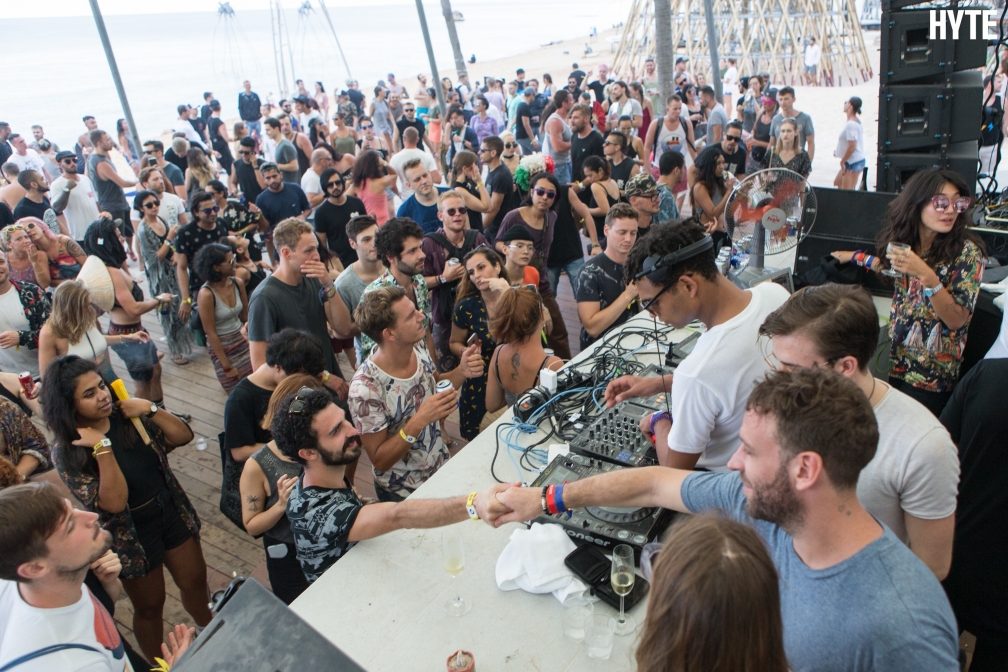 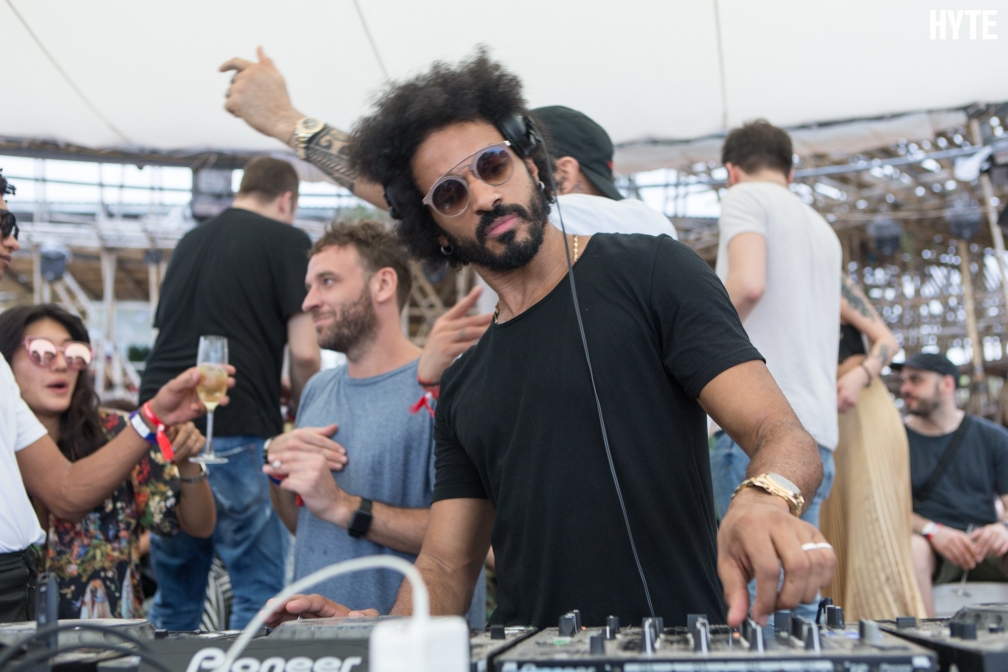 With over 21 hours of daily programming, sunrise and sunset are the spiritual centerpiece of each day at Epizode and while sunrises are nice, sunsets are the star attraction and a gathering point for everyone at the festival who otherwise can’t coordinate body clocks after days of marathon raving. Worthy of being featured on the cover of a romance novel starring Salvador Dali, sunsets usually saw headliners spill over from the night before with artists like Ricardo Villalobos and Luciano as well as Epizode all stars like Roustam and Tyoma come back and bestow upon the moment a chill and slowed down set full of ambient melodies and indulgent vibes. 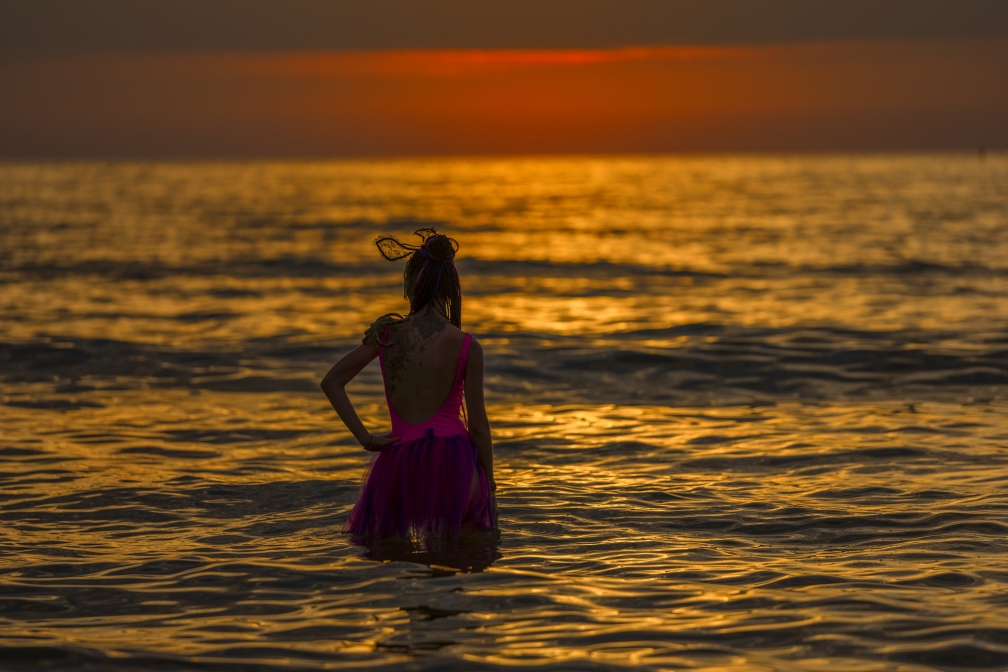 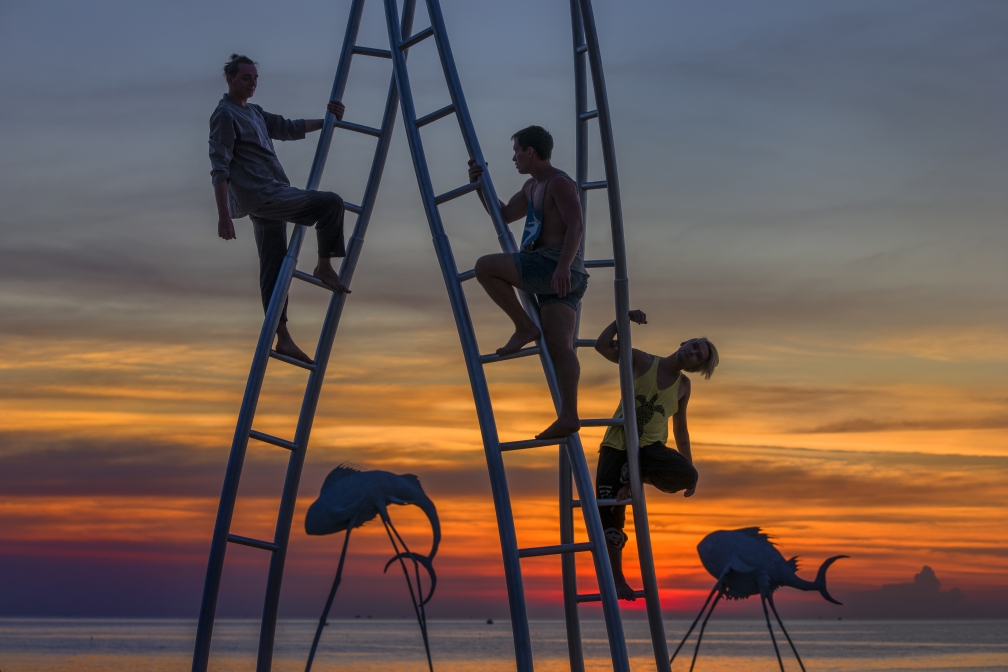 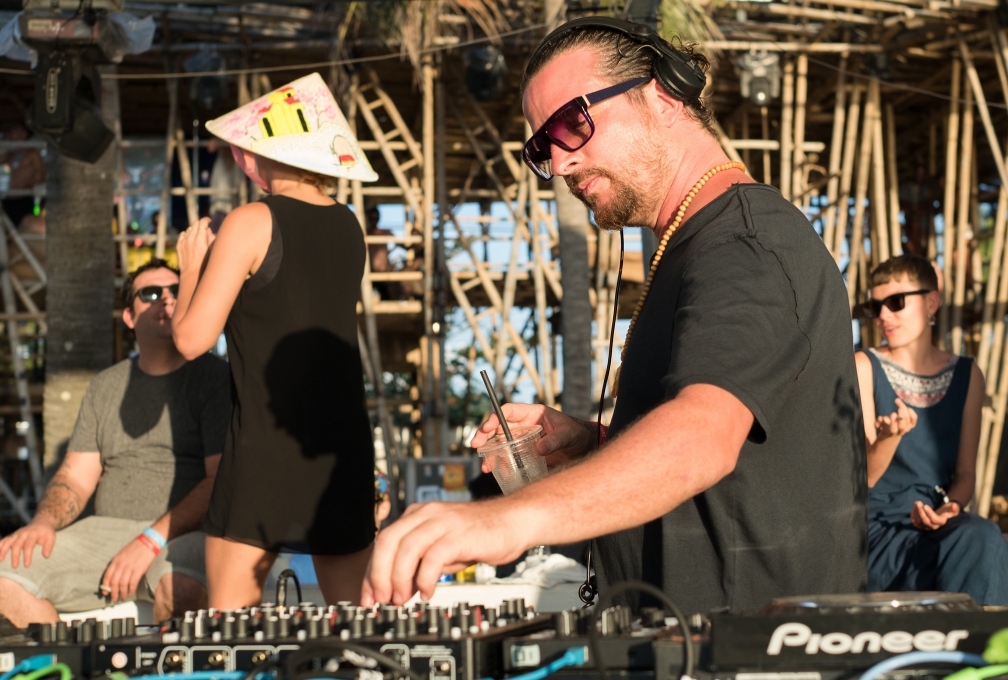 Easily the biggest and baddest addition to the line-up this year was HYTE. The Berlin-based brand hosted three official takeovers and after each one, there was a magical and mind-bending sunrise afterparty that saw names like Loco Dice (it was the first afterparty the Desolat boss has played in over two years), Bambounou, Chris Liebing, Mathew Jonson, Nic Fanciulli, Pan-Pot, wAFF, Yaya and more diving into the DJ booth together and culminating in some of the most random yet wild back-to-back sets to ever take place on Asia soil, or should we say sand. The DJ booth was forever overflowing with an all-star cast in peak party mode but that vibe was unpretentious and extended to the crowd with it feeling like one very inclusive and indulgent extravaganza without the borders and boundaries that you usually get when you’re this close to a weighty bunch. Although HYTE was the undisputed king of after hours, sessions went on well into daylight every other day as well with names tINI and gang, Ricardo Villalobos and plenty of Arma showcases. The vibe at every one was intimate, inclusive and boundless with the sea providing more than just a stunning backdrop but also necessary relief from the heady summer sun. 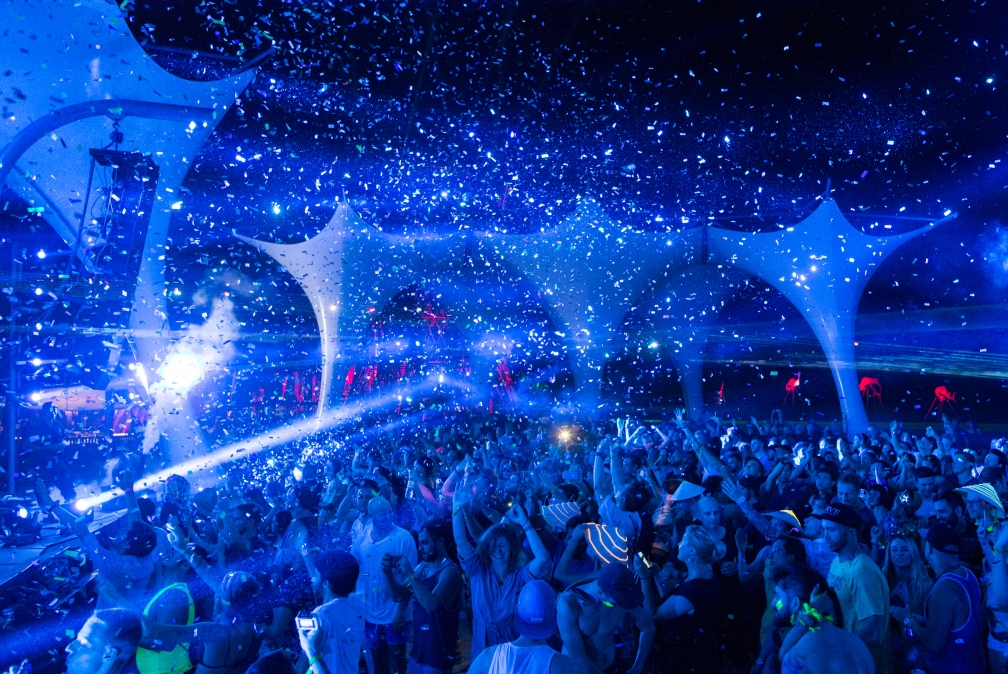 In Asia we’ve gotten used to living vicariously through our friends around the world and often only experiencing the essence of an artist online. But all that has changed with Epizode and suddenly all eyes are on Asia as we saw with Ricardo Villalobos’ very viral performance that will never be forgotten by any fan of his all over the world. For starters, his Arma showcase set was scheduled for 3 hours but he played for 10. Then he came back and played sunset only a few hours later and likely would have kept on playing through the night if the promoters didn’t (politely) ask him to stop so they could open the other stage. Then comes the now iconic “Ricardo taking selfies of Ricardo” image where the maestro snaps a pic of himself along with a dozen or so cutouts of himself bobbing up and down in one of the biggest crowds of the festival. Go on Ricarcdo. 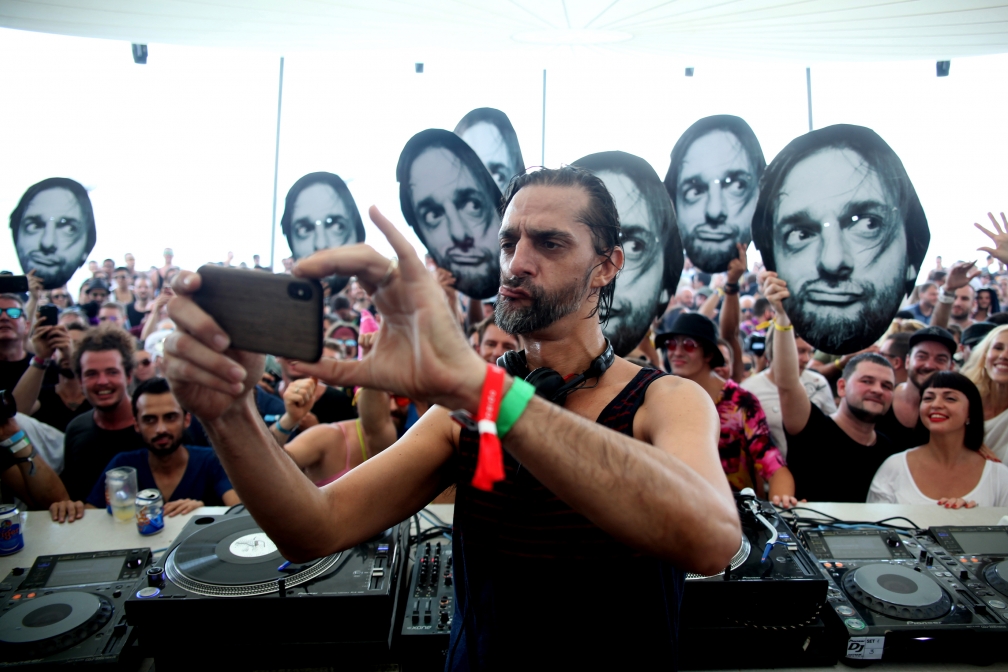 See you at the next Epizode!

A list of "attractively awkward" IDM tracks by Plaid