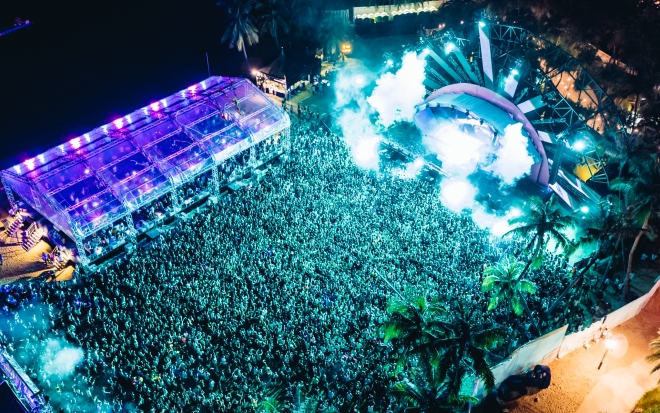 ZoukOut’s iconic Moon Stage is getting a massive facelift that will see it transform into Singapore’s first ever large scale structural 3D stage.

The hand-carved stage took over 3 months to assemble will stand at 34-meters wide and 18-meters tall and feature a towering lion head that will be supported by 40 strobe lights, 8 lasers, 834 LED panels, CO2 jets, and pyrotechnics to provide the audience with a never before seen, immersive, sound and light experience.

On the lion’s forehead will be Zouk’s symbol of unity, the now symbolic Zouk Eye which, signifies togetherness and oneness through music. As illustrated in the image below, the lion's paws are raised with the intention of guarding over the audience Surrounding the lion centerpiece are finer details of tropical motifs including an Orchid, which is Singapore's national flower.,

The stage will also play tribute to Singapore, reflecting upon the festival’s 17-year establishment in the Lion City.

“ZoukOut has over the years become synonymous among Singaporeans, with many of us having grown up with the brand," said Andrew Li, Executive Chairman and Chief Executive Officer of Zouk Singapore. "As such, we felt that we needed to pay homage to this country which has been ZoukOut’s home for 17 years."

See a prototype of the 3D stage below. 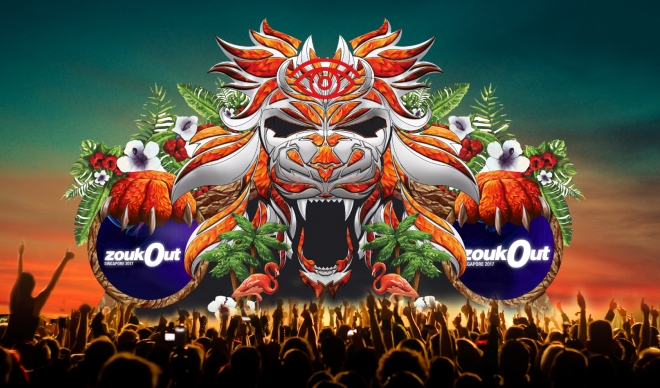 Now in its 17th year, ZoukOut will take place from December 8th to 9th this year on the picturesque Siloso Beach and programming will run over 12 hours with the last night of the two-day festival ending only at 8:00am. Asia's longest running dance music festival has long been raved about by top DJs in the global clubbing circuit and is sworn by legions of fans as a must-attend party location. See the full 2017 line-up below. 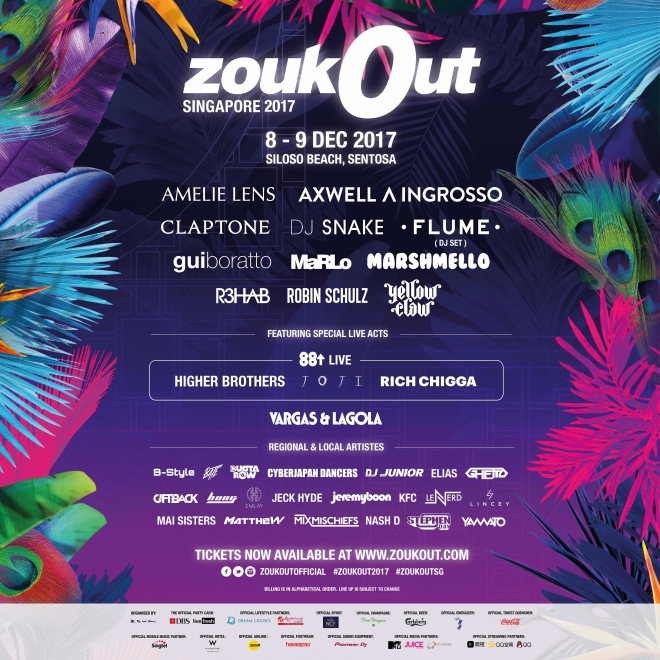 See photos and our full review from last year here and find tickets for this year here.

COVID-19 Unmasked: In Asia, the show must go on

A guide to the record labels fuelling Asia’s electronic scene

Listen to a 3,252 track playlist from Haruki Murakami's vinyl collection