Legendary composer Joe Hisaishi scores many of Studio Ghilbi’s films and this July, his magnificent soundtrack and symphonic score for Princess Mononoke will be released on vinyl for the first time ever.

The 1997 epic anime film is written and directed by Hayao Miyazaki, one of Japan’s greatest animation directors, and is lauded as one of his best alongside My Neighbor Totoro, Spited Away and Howl’s Moving Castle. The plot explores environmental issues through an epic feud between forest gods and a mining community.

The score was delivered by Hisaishi, who revisited the soundtrack in 1998 to perform it as a symphonic suite with the Czech philharmonic orchestra. These are the recordings that are now making their vinyl debut as ‘Princess Mononoke (Symphonic Suite)’. Another version being released was recorded with the Tokyo City Philharmonic Orchestra and features the main theme song with vocals by Yoshikazu Mera. A third image album will accompany the release, which was recorded before the official soundtrack and based on legendary director Hayao Miyazaki’s notes. An "image album" is an LP created specifically for Japanese animations, to give a sense of characters’ personalities. See the full details surrounding the triple LP below. 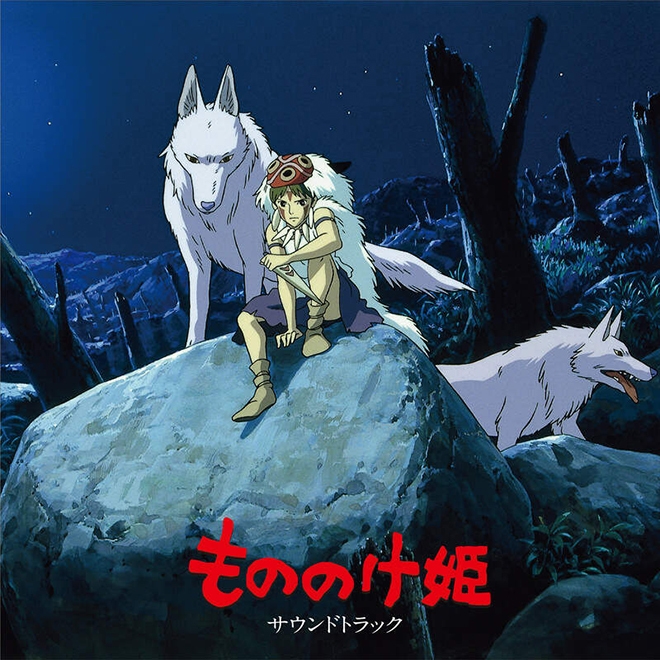 1. Lady Eboshi
2. The Tatara Woman Work Song
3. The Furies
4. The Young Man from the East
5. Requiem
6. Will to Live
7. San and Ashitaka in the Forest of the Deer God
8. Princess Mononoke Theme Song (Instrumental Version)
9. Requiem II 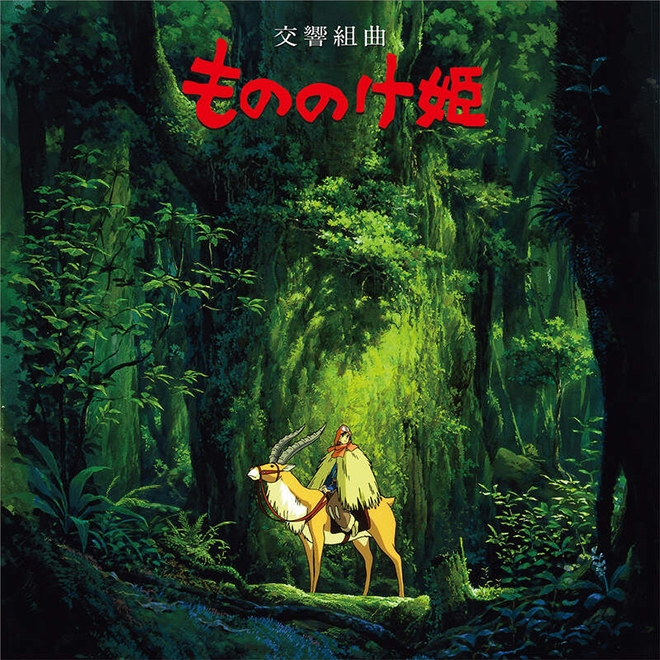 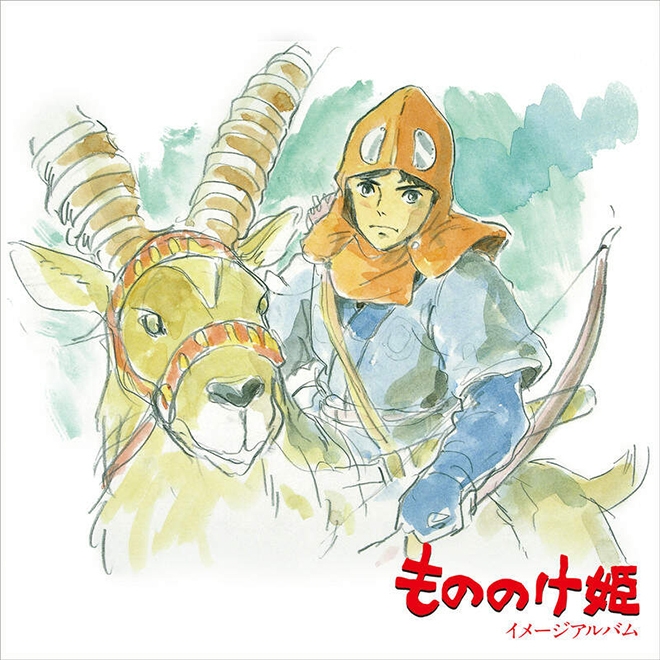 1. The Legend of Ashitaka
2. The Cursed God
3. The Lost People
4. Princess Mononoke
5. Yakkle

Princess Mononoke is considered a landmark of animation with its epic story and breathtaking visuals. It was originally released in Japanese and was adapted in English by Gillian Anderson, Clare Danes, Billy Bob Thornton and more. But you’re not really gonna do that, are you? Make sure you watch it in Japanese for the full effect.

More good news from Studio Ghibli. As we adjust to working from home, Studio Ghibli has just released a whole load of free and downloadable backgrounds for your next video call. To find them, head to the Studio Ghibli website, translate it and search for Studio Ghibli conference wallpaper where you’ll find wallpapers from Howl's Moving Castle, Ponyo, Arietty, Spirited Away, Princess Mononoke, Castle In The Sky, The Tale of Princess Kaguya and Nausicaa of the Valley of the Wind.

The soundtrack edition to Princess Mononoke will be released on July 24 as a limited vinyl release. Pre-order the soundtrack here, the Symphonic Suite here and the Image Album here.

[via The Vinyl Factory]