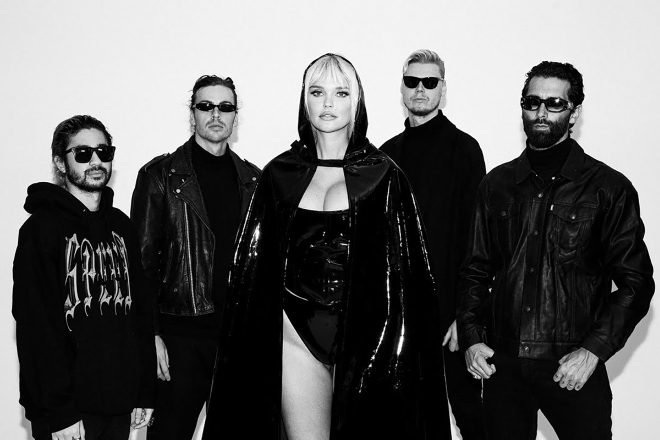 A couple of months ago, Barong Family label heads Yellow Claw rented a massive villa in Bali, invited all of their artists from around the world — RayRay, Sihk, Psycho Boys Club (a duo made up of Juyen Sebulba and Stoltenhoff), Dysomia, Rawtek and Sky Sky — locked the door and threw away the key. They were left with one instruction: to create.

From what we saw on social media, the villa — dubbed Hotel Barong — is in equal parts frat house, summer camp and creative wonderland (unsurprisingly, since eccentricity is basically a Barong Family prerequisite). From daily streams playing anything from floor thumping festival bass and easy-breezy poolside house to marathon music production sessions, on-the-spot interactive audience feedback, live production tips and more late-night McDonalds than the average person consumes in a lifetime, not a minute was wasted. Music was worked and reworked, EPs were finished and new aliases were born — including Yellow Claw who just revealed a new house and techno project called €URO TRA$H.

“This is a special project we have been working on for quite a while now really taking us back to the origin of the rave,” they said. “We hope you guys are ready for this and we feel blessed to be in good health and be able to share these songs with you. As some parts of the world are slowly opening up we hope to serve you these live somewhere, preferably in a dark basement with nothing but strobe lights and bad intentions.”

The announcement came with a promise to release four tracks this month, and the first LEGIT TECHNO BANGER from the duo came yesterday alongside a made-in-Bali music video that we can’t take our eyes off of. ‘Trust You’ features vocals by Bonnie Strange and a kick drum courtesy of Psycho Boys Club that make us at Mixmag Asia extremely happy with this Dutch crews new direction. We’re here for this and you should be too.

Watch the video below, but note that there’s an epilepsy warning on the music video so viewer discretion is advised.

Splitting their time between the Netherlands and Indonesia, Yellow Claw has long been known to bolster Asian talent via their label, which is named for the panther-like creature and character in Balinese mythology. Last year, 14 of their artists met in Thailand for a music retreat that yielded 2020’s Hard in Bangkok LP and documentary. It goes without saying we can expect a lot more from the label in the coming months.

Trust You ft. Bonnie Strange is out now on Barong Family. Buy the banger here.