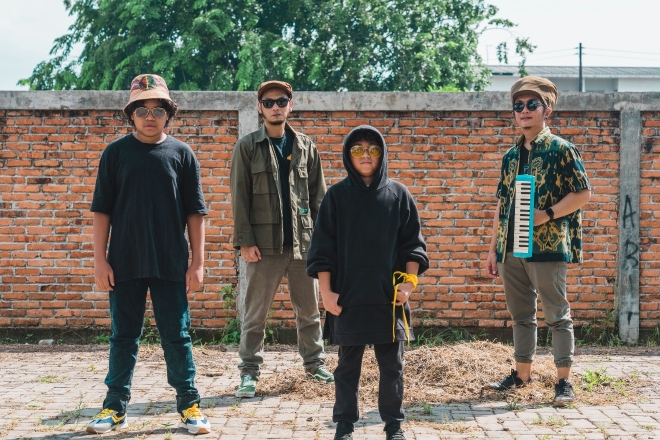 When you think of Indonesia and music, a reggae-dub unit sound system collective might not be the first type of artist that comes to mind. However, reggae and dub from the island-clad nation does exist and takes its own unique spin on the genres.

In Jakarta, Yella Sky Sound System leads the charge, and the collective will be celebrating seven years of existence this December with their second LP Hybrid and Various to follow in 2022.

To mark the anniversary, Yella Sky Sound System will release the first single off their forthcoming LP on December 17th. 'Signal From East' is a collaboration track featuring another local dub project called Radit Echoman as well as young and talented brothers Bean Lamen and J.C. Junior. The later two inject the music with a natural and youthful vibrancy being only 14 and 11 years of age respectively.

The collab is sure to be a hit throughout the local and global reggae-dub community. Yella Sky Sound System controlled the execution of the process, with Radit Echoman enriching the single with their high melodious melodica vibrations. The young brothers Beam Lamen and J.C. Junior then inject their energetic vocals, which add a regeneration of positive signals to the track.

Featuring a combination of Bahasa and English language, 'Signal From East' is a lovely dub record that is sure to generate positive vibrations from east to west. Big up ya dig !