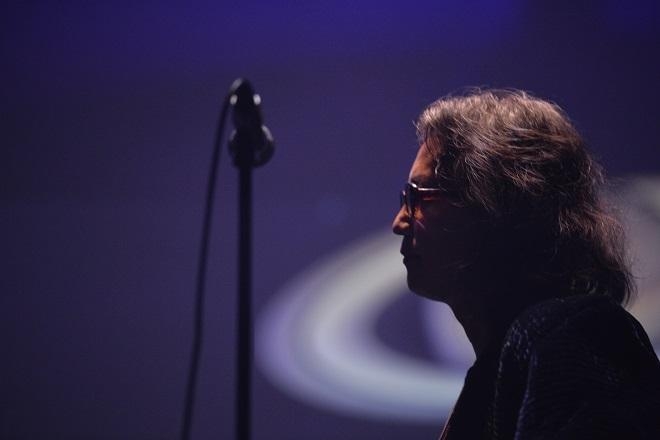 The composition of 'Cosmic Suite 2' took place in Tokyo at Ide's Grand Gallery HQ. Though it was conceived and recorded during the bewildering throes of the pandemic, the album's overriding message is one of hope and cross-cultural musical kinship. Highlights permeate the collection from the first bar to the last, nowhere more so than lead single 'The Battle Part 1', where fusion jazz makes way for four/four futurism as the portent spoken word vocal sumptuously set the tone for what's to follow. Elsewhere, there's the loose-limbed Afro groove of 'Galactic Beats part 1', the genre-defying tropical swirls of 'Sumimasen Suite part 1', the irresistible broken beats of the Bambaata embellished 'I'm Thinking, I'm Spacing', and the tripped-out dub wonkiness of 'Outerspace (ft. DJ Krush)'.

Assembling a cast of players of this calibre is no mean feat, and only a protagonist as well respected as Yasushi Ide could even consider attempting such a breathtaking curatorial coup. Provocative, surprising, and entirely engaging throughout, 'Cosmic Suite 2' is a spellbinding snapshot into the strangest of eras as imagined through the minds of some of the planet's most uncompromising creators.

Yasushi Ide has been producing music since the mid-nineties, releasing scores of singles and albums on labels including Yellow Productions, WEA, and his own Grand Gallery imprint.

You can check the album teaser here:

Yasushi Ide 'Cosmic Suite 2' is released digitally via Grand Gallery on June 24, with vinyl and CD versions available worldwide later this year. You can buy it here