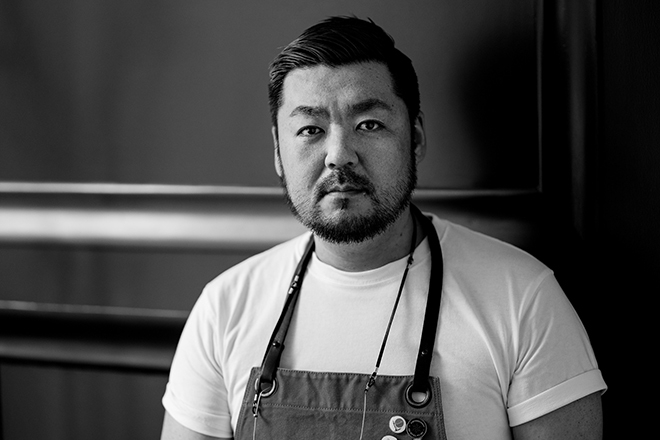 Wonderfruit has just announced that it's delivering a mid-year fix for those in Bangkok, and it literally comes in the form of delivery. The concept is called Fruitfull will be serving up dinner and a show — reimagined for the isolation era. Following in the footsteps of its annual brouhaha outside of Pattaya, Fruitfull shares the same ethos as Wonderfruit and apply the same conscientious and sustainable approach to dining as it does music — but still soundtracked by way-out-there musical experiences.

The first series is called Lockdown, and just like Wonderfruit, the concept will consider the impact food has on our culture, society and the environment — but embellished with a little responsible hedonism. Fruitfull will be partnering with Asia's leading chefs, Michelin-starred kitchens, and online service partners to deliver interactive dining experiences, pairing in-person meals with private live-streamed programs that still put music front and centre, just a little differently.

Not your average DJ set, Fruitfull will look deeper into music as interactive art and invite musicians (some might happen to be DJs however) who can create fresh experiences out of the platform they are given. Artists include British DJ and broadcaster Nick Luscombe, DJ Maft Sai and Suitman Jungle, a British drum' n' bass artist that is known for combining live drum 'n' bass, jungle beats and spoken word. He will recreate this experience for diners by asking them to gather kitchen utensils like pots and pans to orchestrate a group mash-up.

The inaugural event launched last week with a sold out seven-course progressive Thai menu by Duangporn "Bo" Songvisawa and Dylan Jones of Bo.lan (you might remember them from the second season of Netflix's Chefs Table). There are three more experiences in this series which will unfold every other Friday with Garima Arora of Michelin-starred Gaa up next. She will be joined by British DJ and broadcaster Nick Luscombe for a socially responsible lockdown couch party on Friday May 8. Following that on May 15 is a Korean-Thai feast that will be overseen by Chef Cho Hee-sook of Hangsikgonggan in Seoul, who was voted Asia's Best Female Chef in 2020, and Chef Prin. The series will conclude on May 22 with an innovative bento box experience created by Yusuke Takada of two Michelin-starred La Cime in Osaka on May 15, who will invite guests to on a rare cook-along session.

Fruitfull will be the first foray for Wonderfruit into the culinary world and the entirely novel concept will further blend staying home, live-streaming technology and audience intersection. A press statement reads: "From kitchen confessions and cooking demos to fresh explorations of community-supported agriculture and live music, the online experience is designed to flow as any dinner should—with conversation, stories, and connection. This is dining and a show, reimagined with concrete ideas, sustainable ecology, and social connection for the uncertain times we are living."

The event was originally conceived as a standalone festival for food, but the first edition of Fruitfull has been transformed to suit the times (pro tip: want to survive this year? Be like Wonderfruit and adapt to the new normal). It will also aim deep dive into a sustainable framework. "From in-depth, transparent assessment of the environmental impact of each dish's components, sustainable packaging, all the way through to a zero-waste delivery service, Fruitfull aims to reduce the negative effects of dining and channel attention to a positive eating revolution."

Scratch First Founder and CEO Pranitan "Pete" Phornprapha adds: "Fruitfull is designed as a food platform to creatively examine the relationship between food and our planet. Our whole planet—including humans, culture, society and the environment. Lockdown is the first part of this, which aims to make sense of the deck of hands we have all been currently dealt."

Proceeds from this series of Fruitfull will go towards Covid Relief, a Bangkok-based charity bringing food, masks, and sanitary solutions to some of the city's most vulnerable during the pandemic.