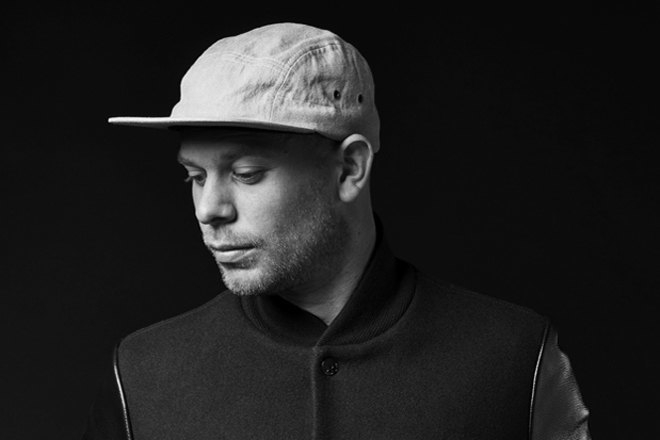 While the people of Amsterdam might still be mourning the closure of their beloved Trouw, the rest of the world is pretty thrilled that it gives the fabled club’s former resident Tom Trago more opportunities to tour the world and his shows are piling up. After a jaunt in Australia, he’s stopping in Asia before taking a month off to record his fourth album in France. Ahead of the tour, we fired twenty questions at the Dutchman about music (obviously), food, life after Trouw and his feelings for Seth Troxler and Move D.

What’s the best part about living in Amsterdam?

At the moment, the music scene is really inspiring due to a lot of good clubs and good raves over the last few decades. It’s created a good kind of bottom soil for new musicians and talents to develop. There is a lot of young talent that’s into electronic and new music that are trying to find their way.

How would you describe Trouw to someone who has never been?

It’s the best club I’ve ever been to, and I’ve been to a lot of clubs around the world. It just felt like a family more than a club as in everybody was really connected, the DJs, the girls at the bar, everybody felt like a big family. Even if you came there are a visitor, you could really feel the warmth of the family vibe.

What the one irreplaceable thing you miss the most about Trouw?

The fact the it was across the street from my studio and that will never ever happen again. That was amazing, I had my studio and I could make a track, cross the road and five minutes later I could hear it on a really big sound system in a room full of a thousand people. It was quite an experience and a luxury that I didn’t realize until it was over. I was so lucky to have the best club in the world next door to my studio.

What’s something that you’ve always wanted to do with your time that your residency at Trouw never allowed you to do?

Making music is what I mostly spend my time on but it never felt like Trouw cost me any time, it gave me a lot of inspiration so I haven’t been feeling like I have more free time now. The whole team at Trouw has started a new club called De School that just opened two weeks ago so we can start the whole story back again.

Break Night – The Mole People, which an alias of Armand Van Helden. Moodyman tracks sometimes to get the vibe going. It kind of differs, every crowd is different. London will be totally different from Bangkok, which is different from Paris. You kind of have to feel the people because there isn’t just one track that always works. But I also like to use my own track Use Me Again.

I don’t really get away from it all. I feel like I’m always in the middle of it. Even if I take off a few weeks to go on holidays, I still find that I’m working on music and have these ideas. I guess when it’s something that’s so closely connected to how I live then I don’t need to get away from it.

Who is your favorite artist right now outside of electronic music?

What one DJ will you always get you out of the house and onto the dance floor?

I have a lot of favorites but Seth Troxler always kills a party. Also I was just at BPM and I saw Move D again, he’s really one of my favorites too. I’ve heard him play like a million times but for some reason he keeps on interesting me.

You’re equal parts DJ and producer. If giving advice to the coming of age generation of artists, how important is one to the other?

Well, to be both, even I’m kind of having problems with being both at the moment because intensively touring costs you a lot of energy and so does being in the studio intensively, so both of these two worlds are sometimes hard to combine. I also know a few guys who are just focused on DJing and they’re actually better DJs because of that so I don’t think it’s a necessity to be a producer if you’re a DJ, maybe to get your name out but I think just the love for music is what should carry you on.

What’s the most bizarre situation you’ve ever found yourself in while touring?

Waking up in hotels rooms and really not knowing what country you are in – it’s a really weird feeling. It used to take a few seconds but now it takes a few minutes. You really need to look out the window or find something in the local language.

Somebody punched me in the face once too, because he liked me so much.

You’ve written and released three studio albums. Why is it important to still invest time and money into making an album still worth it when the industry today thrived on speed and singles?

It’s the difference between a multicourse dinner and having a snack. You can tell a story better in an album and there is also space in an album for non dance floor killers or more ambient tracks. Like if I were to put some more ambient music out now without any context, people won’t even listen to it. But if you put it in the context of an album, there are more possibilities to show the spectrum of your musical influence and capabilities.

You have got a lot of collaborations with a myriad of people, like Seth Troxler, Steffi – do they all come about organically or randomly or do you plan them out?

Most of the time, you start off by being friends first before becoming musical collaborators, like I don’t plan to visit them in a certain country or anything. I do check out who the local producers are when I go somewhere but the ones I’ve collaborated with are mostly friends first. I think that’s the most important thing if you want to do collaborations, you have to feel at ease in the studio and not have the idea that you’re actually working on a collaboration.

Festival lineups are rolling out these days. Does that excite you or do you feel like your sounds resonates better in smaller and darker environments?

It’s nice to have both. Big festivals bore you after a while, but small clubs do too. I think if you keep on changing that then you can play different records without getting bored. But I must say that I’ve grown up in small clubs and I’ve never been a big festival DJ so I tend to enjoy small and imitate clubs more, also because you can read the crowd better in a small club and I can get my personality more to the people.

It’s the first track that ever came out and it’s the reason that I started the label. The track is called Juno Fest by Dexter, and it inspired me to start the label so it kind of defines the DNA of where we went from there, this kind of synthy bboy house kind of stuff.

You’ve been pretty spoiled, growing up in Amsterdam. Now that touring is taking you further around the globe, what surprising thing are you discovering about other music cultures?

America is really developing at the moment and it’s funny to see that because house and techno music actually came from there. It inspired the whole European dance community and now it’s sort of returning to the states. So I see a lot of growth there and with the whole EDM hype kind of done, or at least getting smaller, it’s nice to see people are taking the time to go deeper in electronic music.

What’s your impression of the Asia music scene?

The places I’ve been have been really good but you can feel that it’s a pretty new thing. Countries like India and China, they’re just starting to catch up and just imagine when all those people really get into electronic music. There is a big difference between countries like Japan and Vietnam, I can’t really talk about Asia as a whole because every country differs so much. I definitely see it as different countries.

What’s on your Asia bucket list while you are out here on tour?

Enjoy good food! In Asia the food is just amazing, so many different new flavors and tastes and recipes. I get really inspired in the kitchen, like we just bought a lot of food here and we’re about to get funky in the kitchen.

What’s your go to hangover food?

A Bloody Mary! Food is never first when you’re hung over, you have to get the liquids in first.

You’re already living a DJs dream. As far as the future goes, what would still be a dream come true for you?

I still have a lot of ideas for albums and collaborating with some singers, it feels like an endless bucket list of musical dreams and ideas. I try to write them all down in my little notebook but there are too many ideas and too little time. In the short term I want to do a bit more minimal like classical music, like Steve Rice or Philip Glass kind of music. It’s not necessary to always do strong beats and there is definitely some stuff there for me to discover.

I’m taking one month off in April to write a new album, I’m going to a house in France and bringing friends and music equipment and fun. I’m really looking forward to that.