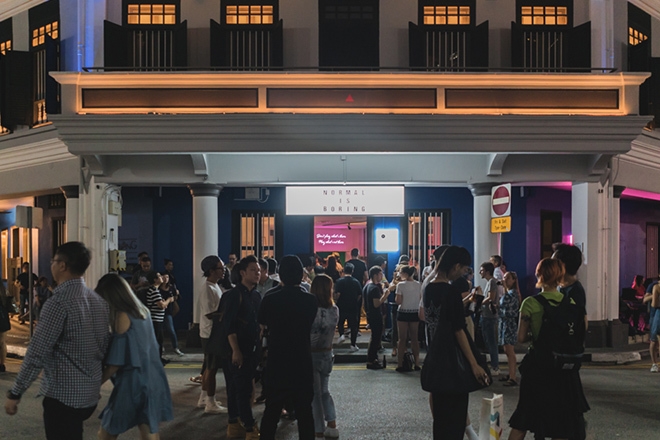 The announcement of White Label Records’ closure of their stunning and community driven space in Singapore is certainly a blow to the already strangled music and arts community. The venue had a two year run of hosting local music acts, bands and DJs, including British eclectic selector Gilles Peterson. The space also played host to Singapore Community Radio, which has been pushing live streams even more now since live attendance is no longer allowed.

The aesthetically pleasing record store has served as more than just a retail outlet for Singaporean music lovers. Three music-minded friends bound by a love for vinyl, fresh tunes and common social values came together in 2018 to launch the space on Ann Siang Road which eventually became an audio playground for the city. You could simply hang out, listen to records, have a drink at the bar or get immersed in the live shows they would host with local DJs and musicians.

One of the founders, Darren Tan, shares with Mixmag Asia some of the magic that was created by White Label Records, “My fondest (and scariest) memory of an event at White Label is when Middle Class Cigars, a Singaporean record label brought down their entire following for what was supposedly an intimate gathering at White Label, culminating in the first and only body surfing experience there. The kids turned up in full force that night and filled up the entire street.. it was mad packed and to be frank I was pretty fearful that our neighbouring bars would snitch on us and we would lose our license.”

Darren continues with a tone of much needed positivity, “Electronic music in Singapore has always been transient but we are at a point where with labels like Darker Than Wax are going strength to strength with every release and artists like .Gif, Fauxe and Intriguant proving that if the average Singaporean actually has the opportunity to experience their music, will be blown away that these guys are homegrown.”

Unfortunately, this particular feed of sad news doesn’t come as a huge surprise in light of the global pandemic — in fact, the closing of White Label Records in Singapore has had far more impact on the local music scene and society than we know, and we are as positive as Darren and his team that that impressionable force may bring more good news in the near future.