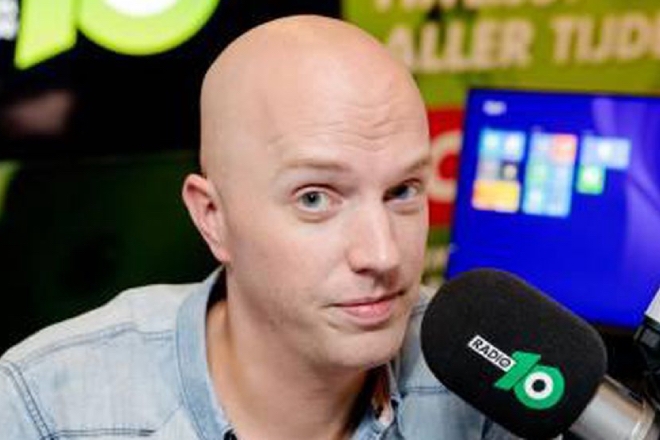 The deadly COVID 19 Coronavirus that started in Wuhan has taken over a thousand lives so far, with tens of thousands of cases diagnosed. With new cases starting to appear internationally and a massive effort on to contain the virus, it's definitely not the time to joke about the abysmal conditions – especially in China. But that didn’t stop Dutch radio DJ Lex Gaarthuis from making a 'big mistake' last week that has caused him to be haunted by over 56 thousand people online, and counting.

Last Monday, Dutch DJ Lex Gaarthuis aired a mocking song called ‘Prevention is better than Chinese’ on his program 'Laat met Lex' ('Late with Lex') on the Radio 10 station. He played on the words for ‘Chinese’ and ‘Cure’ as they sound similar in Dutch. The astoundingly tone deaf song also mentioned ‘stinky Chinese’ and ‘if you don’t eat Chinese [food], you have nothing to worry about, because prevention is better than Chinese’.

Almost immediately after the song aired, Gaarthuis received massive blowback from the Chinese community saying the song is ‘discriminatory and incites hatred’. There's even an international petition against him and the song that’s been signed over 56 thousand times. The petition’s initiators raged against Lex's extreme ignorance, saying “You don’t joke about an illness, or a virus. Would you laugh if the song was about cancer?”

Finally last Saturday, Gaarthuis apologized and said, "I sincerely realise that I have offended people in the Chinese community, how painful my comments have been and that they may have viewed it as discriminatory”. The international community needs to recognise this and act with compassion and maturity.

The Coronavirus outbreak has been ongoing and music festivals in Asia are announcing postponements and cancellations one after another as the region battles to contain the spread of the virus. Check our updated on the ground report: What’s on and What’s not across Asia renewed by Mixmag Asia every day here.