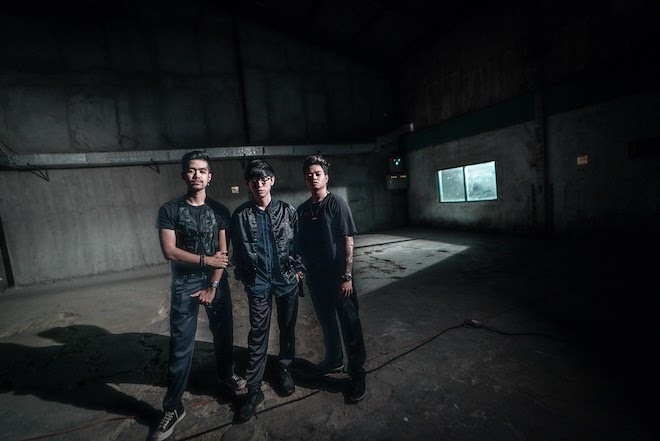 Despite shows and tours being off the calendar this year, Indonesian electronic outfit Weird Genius still managed to score top points across the airwaves with their chart-topping hit ‘Lathi’. Thanks to global dance imprint Astralwerks, the viral hit now has stellar remixes from Morccon-Dutch EDM producer R3HAB, Taiwan’s face of hard dance, RayRay, and local DJ hero Sihk.

The remix package that dropped earlier this Monday pays homage to the original while offering a three-course work out guaranteed to fill dance floors of all styles. RayRay’s reimagination of ‘Lathi’ brings in some harder, industrial techno and club sounds, with a drill ‘n’ bass motif, whilst Sihk brings his world of full-throttle trap-trance to the vibrant original, turning it into a tailor-made club banger. R3HAB, as always, does not fall short of applying his signature neon shine to a dark and moody anthem that’s reminiscent of raving in a Blade Runner realm.

‘Lathi’ racked up three awards at the Anugera Musik Indonesia (AMI) Awards, the Indonesian equivalent to the Grammys — Best Song/Production, Best Dance Collaboration and Best Sound Production. Check out the video to the original below to see why the dynamic crew deserve the limelight that’s been shining on them.

It shouldn’t surprise you that the original music video spent seven weeks as their home country’s most viral music video. Aside from the AMI awards they received, ‘Lathi’ hit No.1 on Spotify in Indonesia as well as No.2 on the Global Viral Charts, not to mention the five hundred million views they amassed through the #Lathichallenge on social platform TikTok, which really helped propel their international presence.

Weird Genius have built an impressive slate of live shows over the last couple of years, namely at Bangkok’s Viral Fest, Jakarta’s SHVR and Bali’s Soundrenaline, while sharing the stage with globetrotters like Yellow Claw and the Chainsmokers. This new remix package is a clear sign of the intricacies and diversity their music offers listeners, we’re just waiting to find out when they’ll be on stage next.

Weird Genius ‘Lathi’ with remixes from RayRay, R3HAB and Sihk is out now on Astralwerks. Have a listen below.