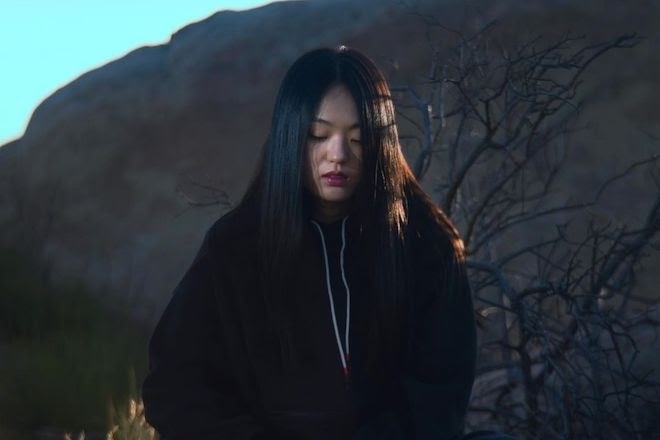 The first thing that is noticeable on 박혜진 Park Hye Jin’s collaboration with Nosaj Thing, ‘CLOUDS,’ just released on Bandcamp on December 9, is the gloom.

Park’s desolate voice begins softly singing about her life flying away into the sky. Suddenly, the mood changes with a few extra kick drums here and there and her tone picks up. Park starts sharply rapping while keeping the same melancholy feel. Eventually, her fierce delivery transforms back into sorrow as she repeats the opening lines while the song slowly evaporates into nothing.

Like being broken up with at a stunning spot in the mountains overlooking a lake, ‘CLOUDS’ reeks of beauty while being emotionally heavy. There is a seductiveness to Park’s joyless vocals as well as a charm in Nosaj Thing’s morose beat. Even though it is their first time working together, the pairing feels like old friends meeting again and trying to make music to help people get through hard times.

While just about everyone has had a terrible 2020, Park has been going up and up. She released ‘How Can I’ on Ninja Tune in April and has been bathing in the glowing press ever since. With forays into juke, techno and trap, Park has proven that singing and rapping in Korean is something that a lot of people are interested in.

Park wraps the best year of her career by flying away into the clouds.