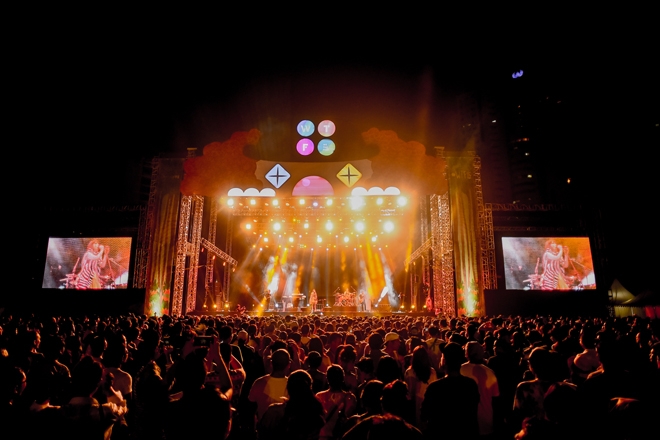 Indonesia’s beloved music, arts, fashion and food festival returns this year for its fourth annual edition to Indonesia’s vibrant capital city of Jakarta. We The Fest also expands to three days this year and will run from August 11, 12, 13 at the a 45,000+ capacity exhibition centre called JIEXPO Kemayoran. The change of venue from previous years is a response to the festival's popularity in the region.

The line-ups spans pop, rock, indie and dance music spectrums including Grammy-award winning synth-pop group Phoenix and indie-electro trio Autograf. Hot Chip will also take to the decks for a DJ set and Kanye West protégé Big Sean as well as UK indie mainstays The Kooks have also just been added to the bill with more still to come. See the line-up to date below. 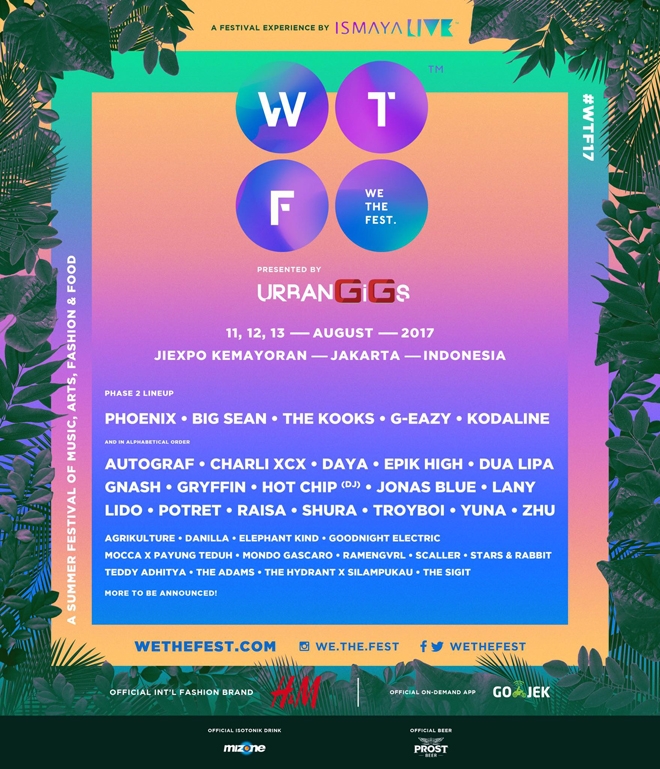 We The Fest is curated by Ismaya Live, the same team behind the massive Jakarta Warehouse Project and boutique Balinese festival Sunny Side Up. Everything they do is a labour of love and We The Fest is just further testament to that. Like last year, H&M will return as the official fashion brand and Urban GiGs as the official presenting partner, as well as the festival's famous Eats & Beats stall by Ismaya Food Town. Last year saw 5-star chef masterclass sessions, bubbling artisan street food stalls and fashion pop ups, and this year will be no different

Tickets for the event can be purchased here.

Watch last year's after movie below.