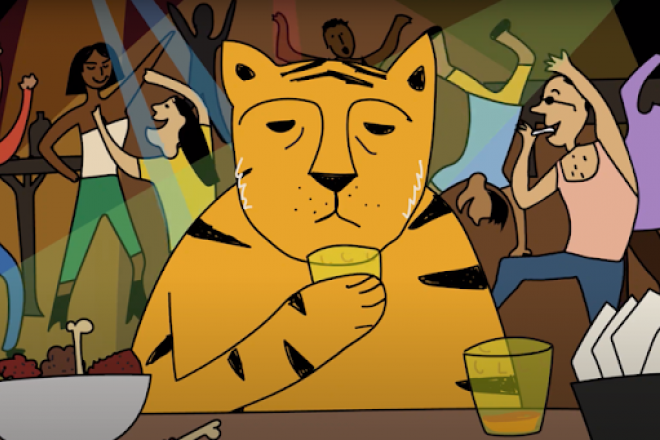 ‘A Tail’ is a colourful yet heartrending music video that depicts the story of a rescued, anthropomorphic tiger cub and its attempt at assimilating into human and social conditioning, raising questions about moral ambiguities and existentialism. Musically, Khus Fir renders a jungle meets urban environment, leaning heavily on a swinging percussive rhythm with organic drum sounds, sweeping movements of rising synths and what sounds like the use of Chikari strings, which is the key component to all Indian string instruments.

Iyer’s latest output lands on independent record label and collective Consolidate, which is based in hometown of Bangalore and founded by producers Rahul Giri and Anirudh Meno. The label aims to release creative and alluring music and content through signing up artists from South Asia diaspora — they currently host Aniruddh Menon, Disco Puppet, Blindnight and Aerate Sound.

Khus Fir ‘A Tail’ is out now on Consolidate. Check out the release and the label here.