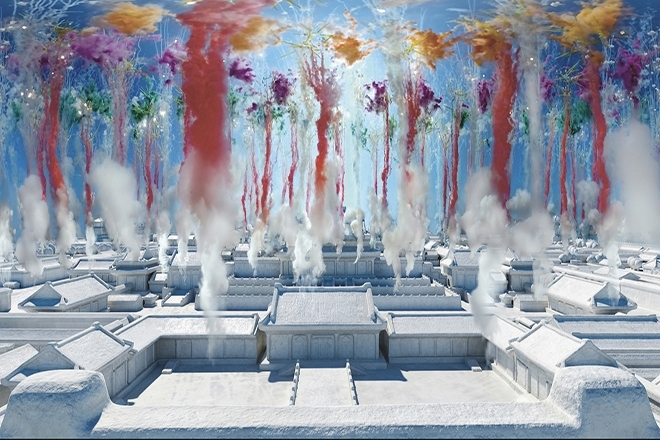 Contemporary artist Cai Guo-Qiang is showcasing 180 art pieces and a first-of-its-kind virtual reality art show at an exhibition in the Palace Museum in the Forbidden City in Beijing, from now until February 5.

There are two main parts to the exhibit. Sleepwalking in the Forbidden City, created in partnership with HTC VIVE Arts, is installed in the final section of the exhibition. Once the audiences put on their VR headsets, a glamorous 360-degree view of a realistic rendering of the Forbidden City will come to life in front of their eyes. Soon gaudy and splashy gunpowder will be layered all over the streets and buildings made of alabaster. The five-minute piece is broken down into 4 chapters—gold, silver, red, and an astounding finale—which explodes into a total mind warp leaving visitors wanting more. 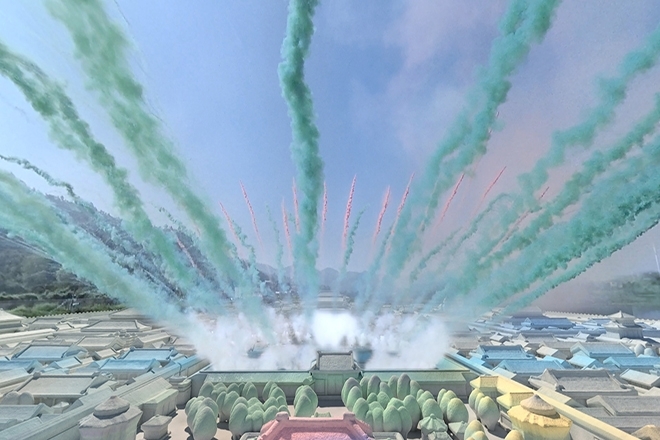 Odyssey and Homecoming is the other part of the exhibition. This includes 180 of Cai’s signature gunpowder-infused ink paintings and statues. Cai is well-known around the world for his usage of gunpowder as the central medium of his artwork. Growing up in China during the Cultural Revolution, Cai was used to hearing explosions all the time and gunpowder being used for destruction and reconstruction. After following in the footsteps of his father in calligraphy in the 1970s, Cai began experimenting with gunpowder for artistic purposes in the mid-1980s. Since then, Cai has gone on to have exhibitions all over the world and was even the director of visual and special effects for the Beijing Olympics in 2008. 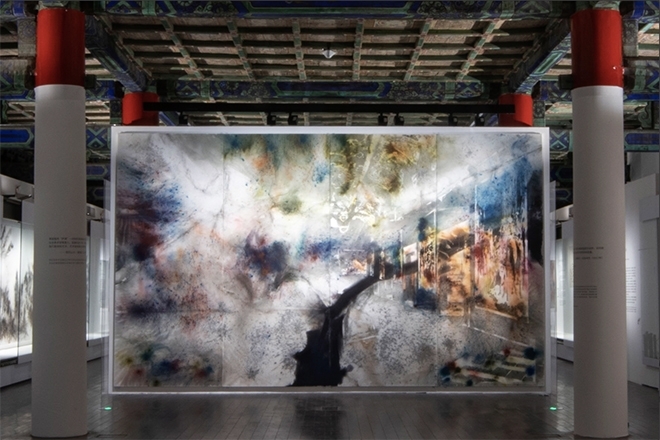 Cai Guo-Qiang’s Odyssey and Homecoming and Sleepwalking in the Forbidden City are open to the public until February 5. Advanced booking is required, with daily quotas of 3,000 people for the morning session and 2,000 for the afternoon session. More information can be found here.