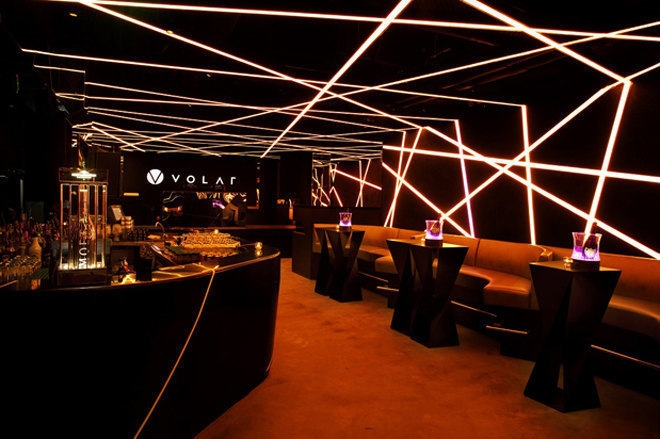 Amid the chaos of Hong Kong’s clubbing Mecca called Lan Kwai Fong lies Volar. It shares a steep and jam-packed street with a handful of other clubs whose facades, like Volar, aren’t particularly distinguishable in terms of what’s happening inside but once you get past the door at Volar, a staircase leads you down into the basement and with every step you descent down the rabbit hole, you are one step further from everything you have ever known about Lan Kwai Fong. 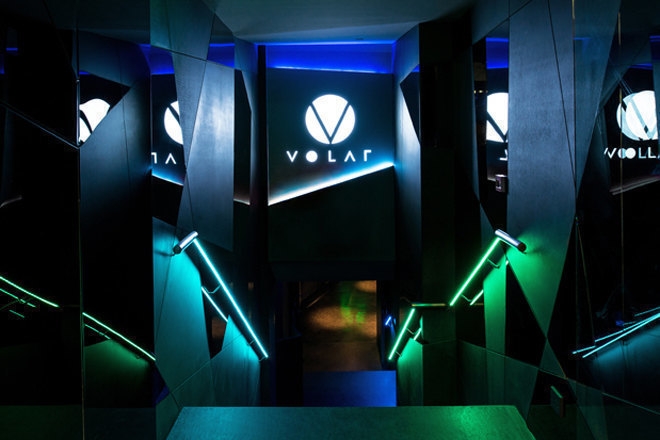 Volar is hip and chic while being underground and oozing with energy and vibe, yet it manages to stay accessible enough to attract all the best people from all of Hong Kong’s both cool and quintessential niches. It’s a beautiful thing, to have your regular flock of clubbers mixed in with music purists, models, bankers, bottle poppers, celebrities, and even the occasional out-of-place tourists, and make it all work in a way that will restore your faith in clubbing. But one of the most outstanding things about Volar is the way it gets these people from all walks of life sharing shots at the bar while being the only place in Hong Kong where this melting pot of people can hear consistently good music.

Volar’s defining quality, its pride and glory and what distinguishes it from every other club in Hong Kong is its music policy. Volar is and has been chiefly responsible for the majority of the city’s major (and minor) DJ bookings and its smaller side room is the go-to spot for anyone looking for an underground music party (which is surprisingly a lot of people in Hong Kong). It’s a formula that every club in Asia is trying to master, but with the exception of Zouk in Singapore, Volar is the only club that’s nailed it.

“It’s not about a second, less important room for the sake of variation,” explained Ben Kuo, one of Volar’s founders. “If that’s the intention, it’ll never work. We simply have two voices, and we wanted them both heard – equally.” 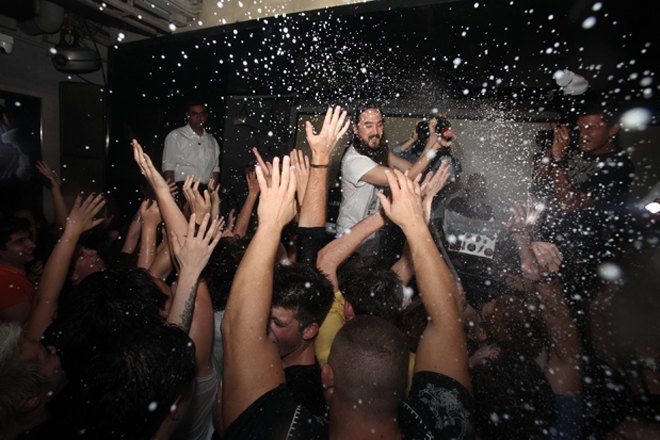 Volar is split into two, separated by a mirrored maze that makes you feel like you’re maneuvering a labyrinth, which is especially fun after a few cocktails. The main room was once thematically referred to as the Circus Lounge but is now called the Crystal Room and caters to more of a mainstream crowd but without being pigeonholed into being associated with any one kind of music. The Nest, previously dubbed the Electronic Room, immerses club-goers in an entirely underground music zone that fuses the best of both worlds – proper dance music in a chic space. Both rooms were completely redesigned and reconceptualized two years ago and with one paramount objective in mind – acoustics. 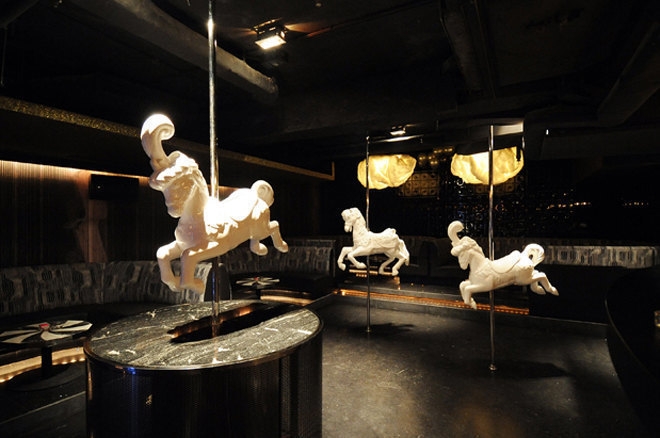 The reconstruction took place in 2013 when the club shut down entirely for a month. It had undergone several small facelifts in the past but the result left the space feelings disjointed and inconsistent, explains Ben. When it reopened, it was louder, brighter and stronger, having been outfitted with an entirely new sound and lighting system. The Nest houses a 5-way Turbosound sound system, which is powerful enough to sonically charge a small outdoor music festival and has drastically changed the feeling (and literally the feeling – think bass) inside the club. Ben says the difference from before and after is like comparing a black and white TV to HD.

But one thing that hasn’t changed is that both dance floors have been consistently packed every single weekend and that’s like…mind-blowing. It’s something a lot of clubs all over the world are still trying to figure out anyway. But Ben says he’s just proud that they’ve been able to do this without compromising the club’s music policy. And this is exactly what sets the club apart from its many, many neighbors.

v“I have to say that I am the proudest of the reputation we have for always bringing the best DJs and music to Hong Kong’s club scene,” he says.  “Great clubs are always about the DJs and their music. Everything else is just icing. Some places, however, are all icing and no cake.” 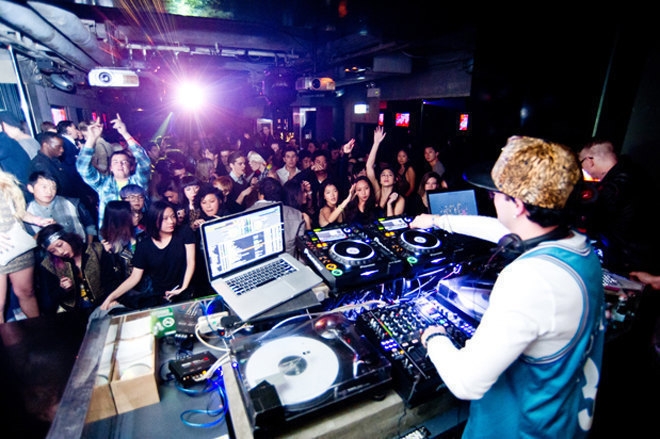 But Volar has a lot more to be proud of. Celebrating ten years isn’t easy in a city where competition is fierce and rent is up there among the most expensive in the world. In fact, another of Volar’s founders Ray Ng says his biggest regret is not buying the premise from the landlord because ten years later they are paying ten times the rent.

Ray been with Volar since before inception and he hasn’t missed a single Friday or Saturday since. He even jokes about once showing up on crutches with a broken knee. But in all seriousness, it’s exactly this show-must-go-on attitude that contributes to the commitment and consistency that has exuded from Volar over the last decade.
Ray owns a modeling agency on the side and he dished to Mixmag Asia on how the club was named. Feeding off the success of his previous venture, the original Fly which back then was on Lynhurst Terrace but was arguably shut down because of licensing (slash cranky neighbors), he was mulling over what to call the new space and he turned to his clients for help.

“I saw some foreign models standing outside so I asked each of them to tell me the word ‘Fly’ in their own language, so I ended up with like 10-15 versions. Fei (Chines/Mandarin), Tobu (Japanese), Voa (Brazilian Portuguese), Voler (French), Latac (Polish), etc., and it was between Voa and Volar…and you know which one I chose in the end. 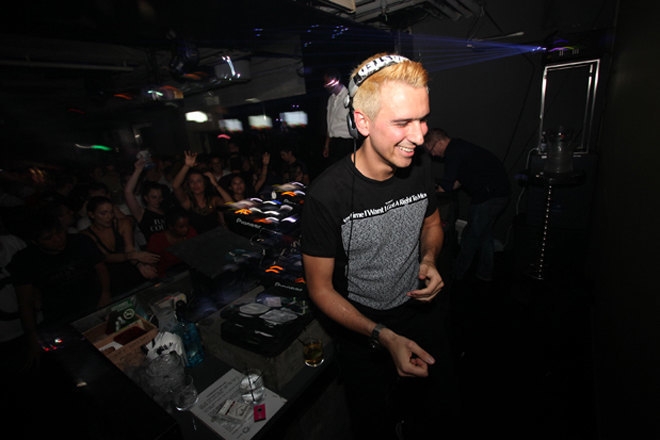 And fortunately, the next ten years went down without a hitch. Volar successfully combines the riotous party that Lan Kwai Fung is known for with a setup and stage for international talent, and it has emerged as one of Asia’s leading venues in how its made a huge contribution to the global dance music industry by giving international dance music DJs a home in Hong Kong. Because of Volar, the bond between the east and west grows stronger.

As for the future of Volar, Ben says there is only one vision.

“There has ALWAYS been only one vision, and that is to bring the best DJs and music to Hong Kong. We’ll be doing this for another 10 years if we can.” 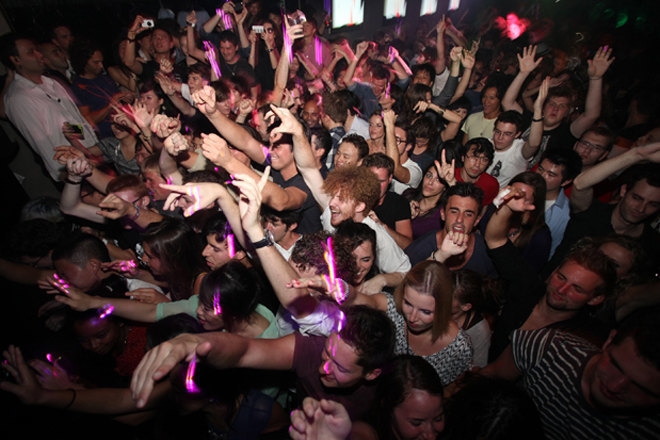