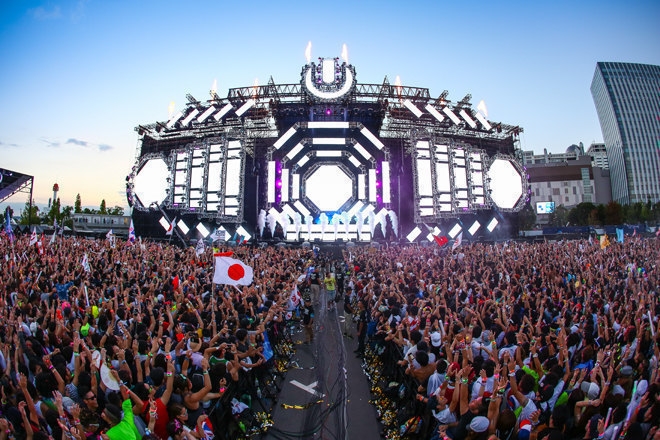 The festival juggernaut returns to Japan this year in its finest form ever. The line-up unveiled today includes Empire of the Sun, Pendulum and Porter Robinson all delivering live performances and artists like Hardwell, The Chainsmokers, Kygo and Alesso headlining the main stage.

Fans of the underground will be elated to see names like Carl Cox, Sasha & Digweed, Seth Troxler, Joseph Capriati, Eats Everything and Stephan Bodzin.

It's worth noting that Ultra moved its Singaporean event to June this year and held it concurrently with Ultra Korea. Many artists crossed flight paths over the South China Sea in the morning of the second day and played at both events. Considering that Ultra Bali is held in the same week as Ultra Japan, we could be looking at the beginnings of Bali's line-up as well. Fingers crossed. 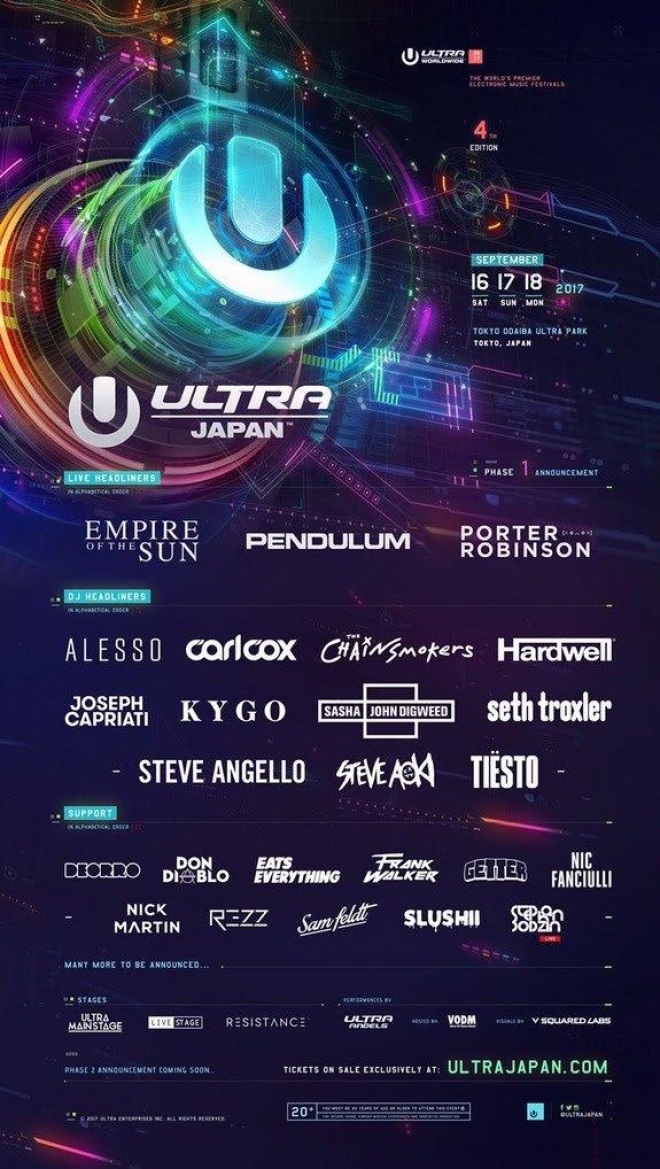 The festival takes place September 16-18 in the heart of Tokyo at the Odaiba Ultra Park and will also come armed with the brands signature triumvirate of Main Stage, Live Stage and RESISTANCE. 120,000 people attended last year’s sold out edition and tickets this year are already on the second tier. Find tickets here.