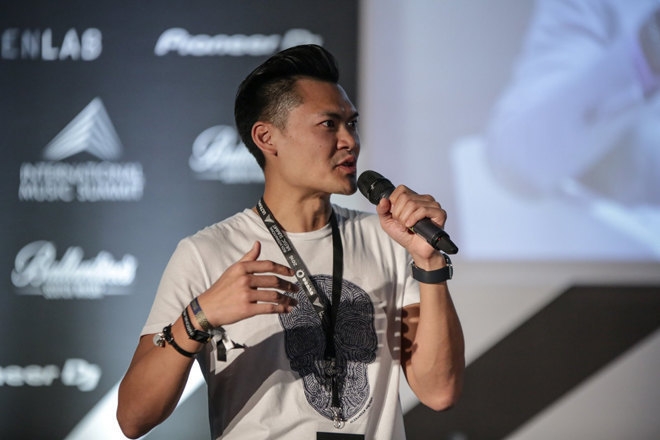 The International Music Summit (IMS) has just released its first round of programming for the Asia-Pacific conference happening on September 21-22 in Shanghai, China at the Hyatt on the Bund.

Attendees will also get the first look at the NetEase Music Report: Asia Pacific and hear the winners of the debut Pyro Top 100 China DJ & Club Winners.

The conference will once again aim to bridge the gap between East and West and provide the world with a window into the artists, businesses and events that are making Asia-Pacific one of the most exciting and rapidly growing electronic music markets in the world. This year’s edition will zero in on ‘The Digital Storm’ and focus on the ever-evolving digital landscape of the music industry.

“The potential of streaming and the Digital Storm in Asia is phenomenal, and the electronic music industry needs to be ready to embrace the opportunity,” says IMS co-founder Ben Turner. “However, right now, it’s a mainstream music market and IMS hopes to help redress the balance by helping the region support a full eco-system like we enjoy in other parts of the world. These are also testing times in the live market and best practices at events in Asia remain a huge concern. As always, there is plenty to debate at IMS Asia-Pacific.”

IMS Asia Pacific also takes place in partnership with Budweiser STORM Festival, China’s premier electronic music gathering, and through a series of satellite parties and the festival itself taking place in the days following the conference offers delegates the opportunity to network, do business in the region and of course, party. STORM’s attendance in 2017 is expected to surpass 200,000 and they have hosted some of the world’s biggest DJs including Kaskade, Galantis, Skrillex and more.

A2LiVE has had a big year after it announced that it was welcoming former SFX heavyweight Eric Reithler-Barros as Managing Director and Chief Commercial Officer of A2LiVE. It also launched STORM Records! a Chinese focused electronic music label with European powerhouse label, Spinnin’ Records.

See the full first program for IMS Asia-Pacific below. 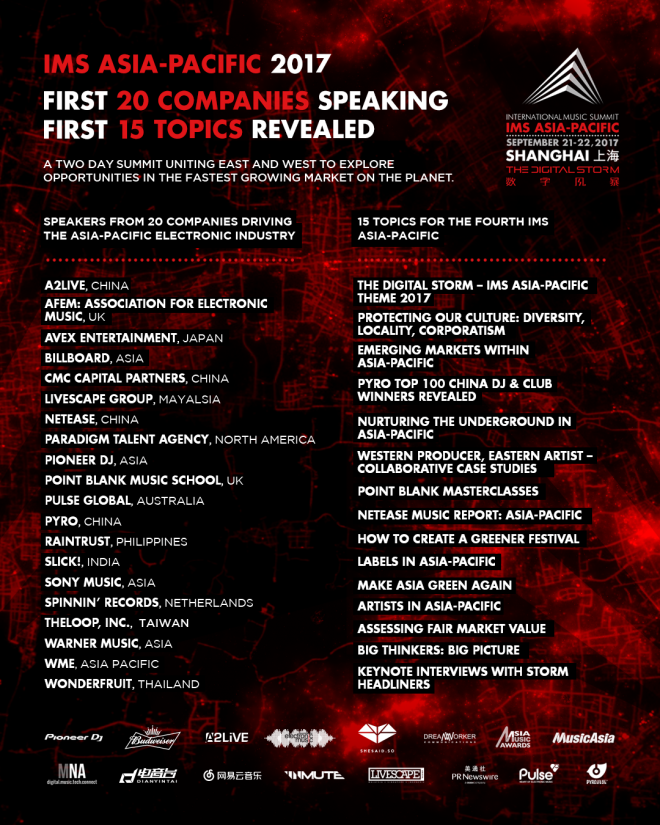 Find out everything you need to know about getting yourself to the summit here and watch the aftermovie from last year's IMS Asia-Pacific below.