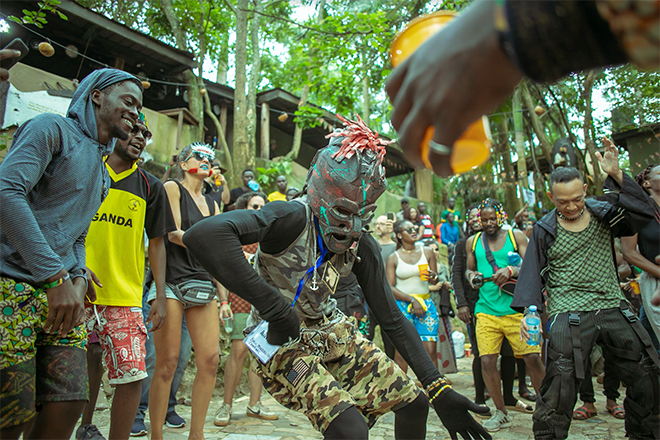 Nyege Nyege, a well-known dance music festival in Uganda, will continue later this month despite pleas from some Ugandan MPs to cancel it.

According to local media reports, Ugandan Prime Minister Robina Nabbanja said the Nyege Nyege festival will continue to take place next week but under "strict guidelines".

This comes after an MP announced that the festival had been "stopped" earlier this week, according to the official Twitter account of the Ugandan parliament. It was referred to as "a breeding ground for sexual immorality" by one MP, Sarah Opendi.

Read this next: How black women and queer communities are shaping the future of African electronic music

"It's going to attract all kinds of people from all over the world, bringing all kinds of actions that are unAfrican and non-Ugandan into our community,” Opendi said in parliament, according to CNN, accusing the festival of “recruiting” young people to LGBTQ+ spaces.

Martin Mugarra, the Minister of Tourism, pleaded with colleagues to view the event as a "hub of tourism," but he was ignored.

However, Prime Minister Nabbanja said that the festival would go on as normal. She told Ugandan publication Daily Monitor: “The event will take place. It's an event that attracts thousands and thousands of tourists across the globe and, therefore, cancellation would be challenging. We also have to think about the economy."

However, this decision was made under the conditions that the festival would have to take place under certain restrictions.

"A number of resolutions have been reached," she said. "One of them is to harmonize with the arm of parliament to see that this event takes place with guidelines that will restrict those that are coming to celebrate to behave in a manner that is acceptable by Ugandan culture."

Read this next: A taste of South Africa: watch Major League DJz throw an amapiano celebration

Nyege Nyege and the conservative politics and views held by some in Uganda have clashed before. Former ethics and integrity minister Simon Lokodo, who died in 2018, attempted to have the festival banned for encouraging "deviant sexual behaviours" - his request was denied by Parliament.

The seventh edition of the Uganda-based festival will run from September 15 to 18 taking place at Itanda Falls, which is five times bigger than their previous event site.

Artists from across Africa are set to perform including Kampire, MC Yallah, Otim Alpha, Phatstoki, DJ Travella and more.