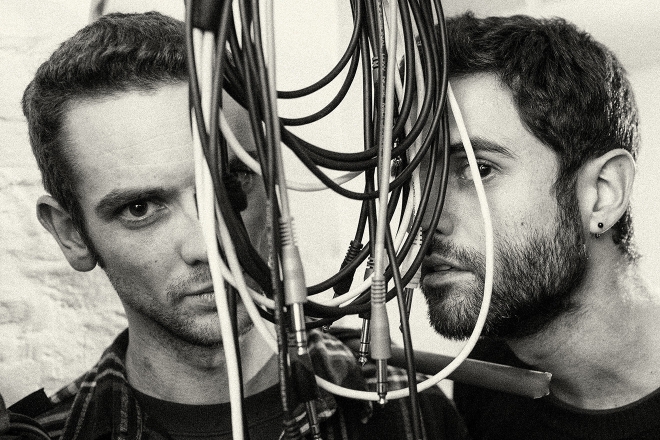 Techno has always had a home in Belgium. Whether it was the accidental creation of 'New Beat' in the early 90s, or the emergence of Amelie Lens as one of this decade's most dominant global DJs, techno has always thrived in the country — and Tweaken is a duo of progressive producers influenced by the strong roots of Belgian techno. On their latest EP 'Invisible Trap', the group brings a heavy and melodious twist to their Belgian techno roots.

'Invisible Trap' doubles as the lead single and name of the EP. It's also Tweaken's first release on Kuala Lumpur imprint 'MY Connected Records', and is dance floor fire for big room crowds. 'Invisible Trap' is a brooding collection of dark melodies cast across a rigid landscape of percussive elements. Trippy and hypnotic layering of synth progressions pull the listener in multiple directions while the heavy 4/4 kick creates gravity in the centre. A melancholy arrangement, the production wastes no time in leading you down its dark path. Clocking in just over five minutes, the single is sharply crafted to offer little breathing room, focusing rather on its strength as a floor igniting anthem. The intensity of the single only slows down in the last minute as layers are peeled off while the tune cruises to a close. Tweaken wants to create a heavy and melodic techno experience, which they definitely deliver with this outing.

Tweaken's 'Invisible Trap' EP comes loaded with three additional cuts outside of the lead single — 'Back to the Source', 'Underworld' and 'Wall'. The package finds consistency in creating a dark and moody ambience for the listener, but each outing inspires in its own way. 'Invisible Trap' serves as an insight into the influences that have shaped Tweaken, as well as creating a narrative for the direction they intend to take the dance floor.

‘MY Connected Records’ is a newly launched Malaysian based imprint and brainchild of Kuala Lumpur-based collective ‘Connected’. The crew has made a name for themselves across the region, rising to notoriety over the past half-decade through their events and live shows. The label aims to use their platform to share their wide-ranging taste of house and techno music. Tweaken's 'Invisible Trap' EP stands as a solid first outing from the newly minted imprint. But don't pigeon hole the label, they suggest we can:

"Expect to hear a wide range of unique and exciting dance-floor focused material. Ranging from grooving, bass-heavy house too energetic, dance floor igniting, melodic techno. A splash of wider variety in the form of the occasional left-field number and at the other end pop the scale, dark and moody driving techno."

You can purchase the 'Invisible Trap' EP here