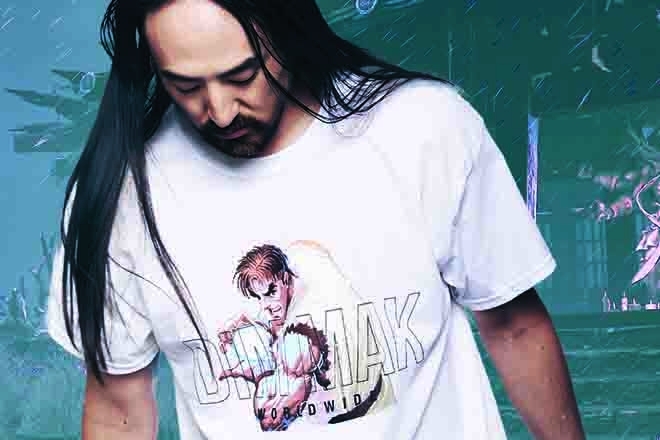 Never one to do anything halfway, Steve Aoki and his brand Dim Mak has dropped a triple collaboration with Capcom’s Street Fighter, which includes a new line of clothes, a limited-edition counter-cade, and a remix of ‘Ryu’s Theme.’

Steve Aoki has had a long relationship with the Street Fighter video game. When he was younger, Aoki used to spend countless hours at Moe’s Pizzeria playing the game. Friends and strangers would gather around and cheer for and against each other with only one rule - play till you lose. Aoki’s love for the game was so strong that in 2014, he made the Steve Aoki Street Fighter Challenge where he battled Kid Ink for bragging rights on Twitch. So it’s not surprising at all that the brands wanted in for this pop culture crossover. 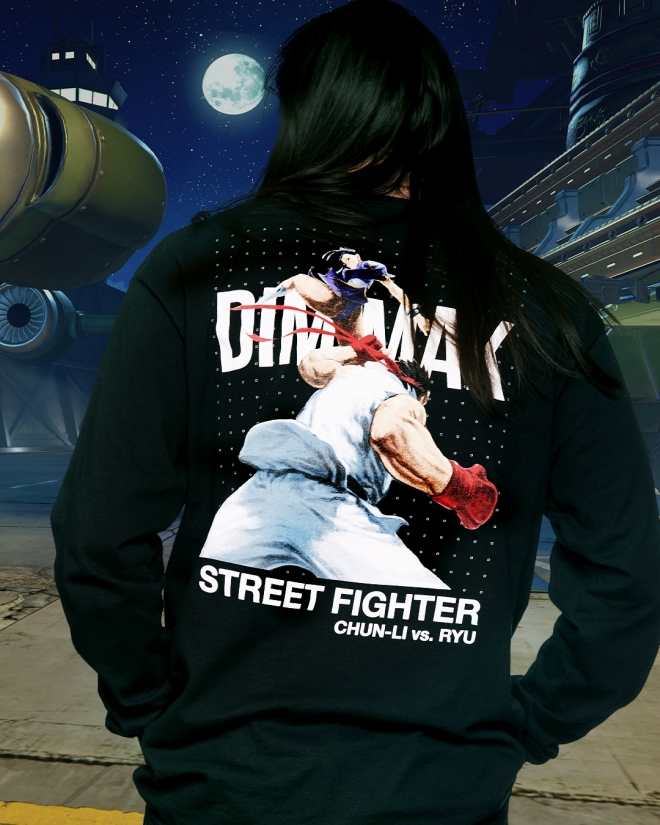 Dim Mak and Capcom’s creative teams connected to reimagine what Street Fighter could be on T-shirts, long-sleeve T-shirts, and hoodies Huge graphics of the characters and colorways from the game are slapped onto the clothing that retails between US$38 and US$75. Also in on the collab is Arcade1Up, who created 30 two-player limited edition counter-cades with four versions of Street Fighter inside them for US$199. 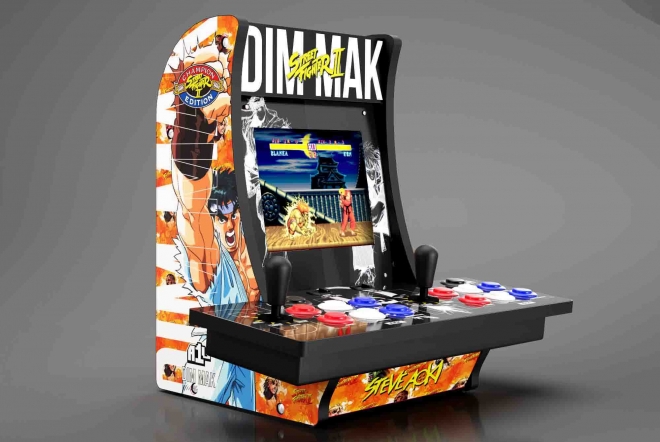 Finally, ‘Ryu’s Theme’ gets the Moe’s Pizzeria Steve Aoki remix, with a nod to where he fell in love with the game. If you love video games and Dim Mak style and music, this is the drop for you.

‘Ryu’s Theme’ can be pre-saved here.