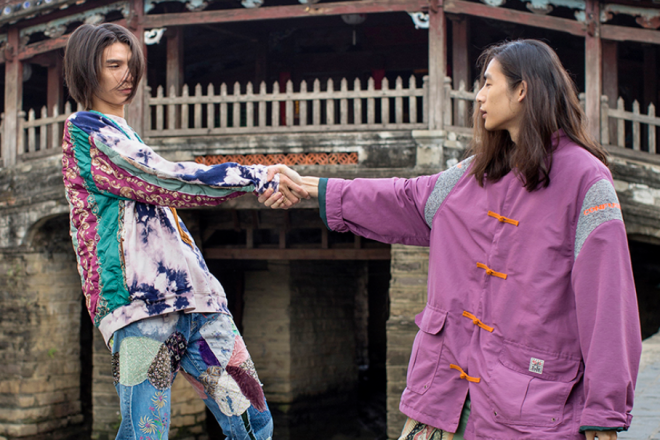 Japanese brand KAPITAL has decided to embrace the beauty of the region by shooting their latest collection in Da Nang and Hoi An, Vietnam. Named 'FLARE STAR', the colourful catalogue was shot by Eric Kvatek, the chief lookbook photographer for the Japanese label.

Local models and friends of the photographer were captured wearing the colourful denim pieces that draw influence from a hippie and vintage spirit with several pieces that sport the brand's signature smiley and denim garments covered in peace signs. Highlights from the shoot include plenty of workwear-indebted pieces like a denim Mackintosh coat with dual-button fastening and topstitched pockets, as well as a 60/40 Cross KAMAKURA anorak and the Kung Fu coverall. 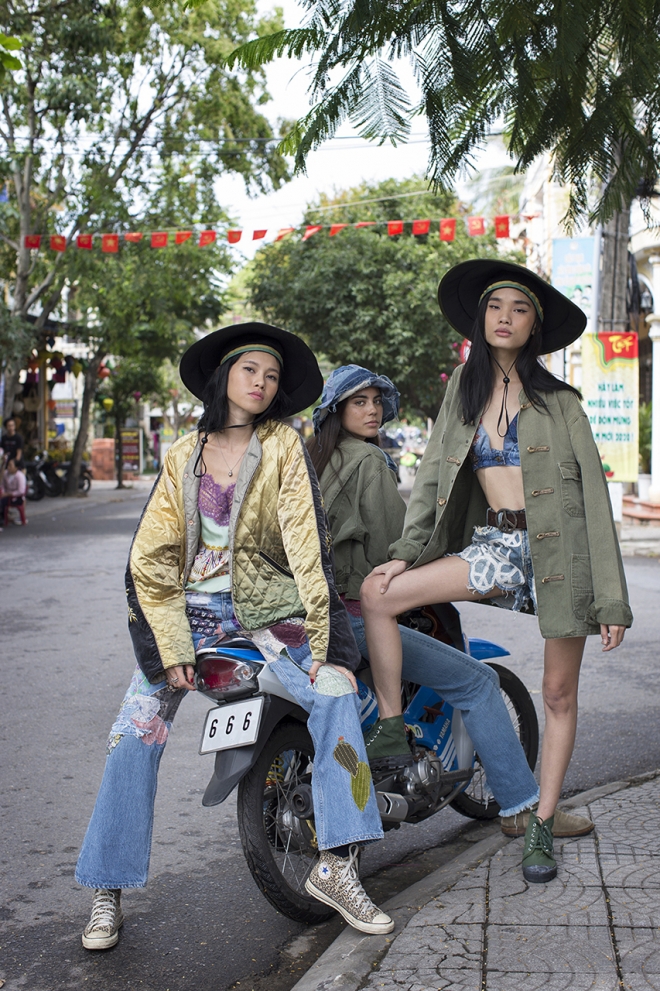 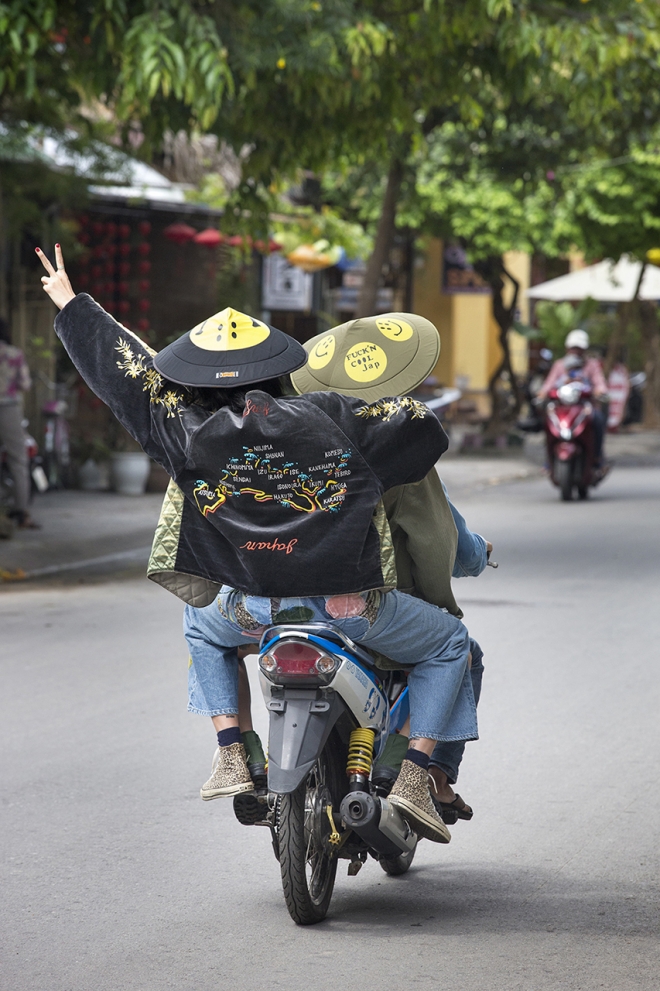 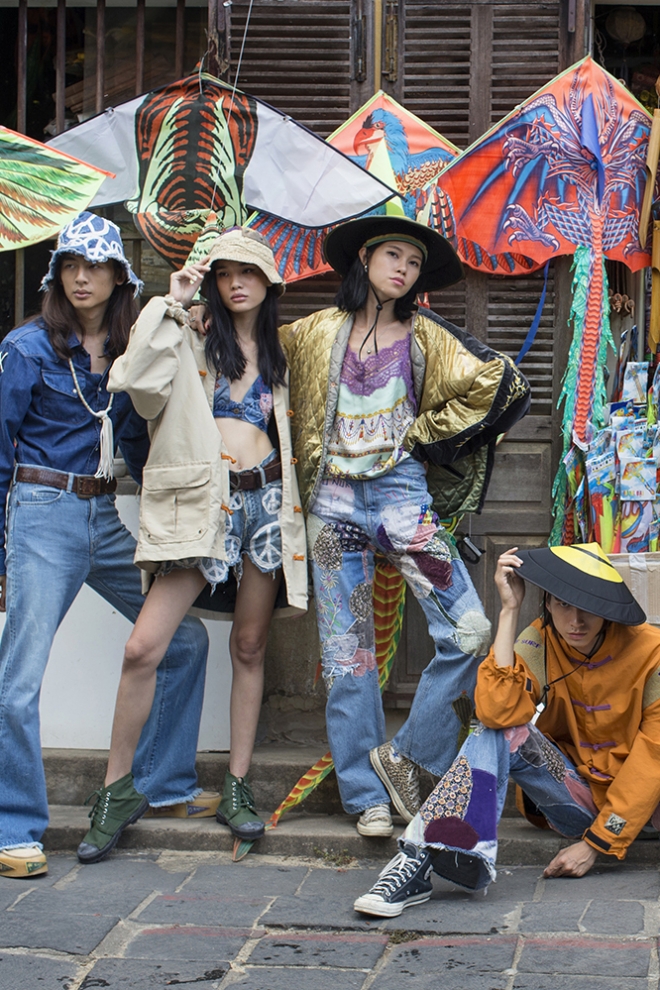 The shoot took places in some of Vietnam's most iconic scenes, from the historic streets to rice fields and its coastal beaches. A couple of tanks made a cameo and a Vietnamese flag made for a mesmerising visual result.

The inner contents of the catalogue have not been shared by the brand, but you can purchase it on the label's website for US$3. Find out more about their SS2020 collection here.

Founded in 1985 by Toshikiyo Hirata, KAPITAL used to be a small Japanese family-run business based in the Kojima countryside. Now under the creative direction of Hirata’s son, Kiro Hirata, the brand is exploring all aspects of denim, and is becoming a highly influential brand. And thus without leaving their countryside. 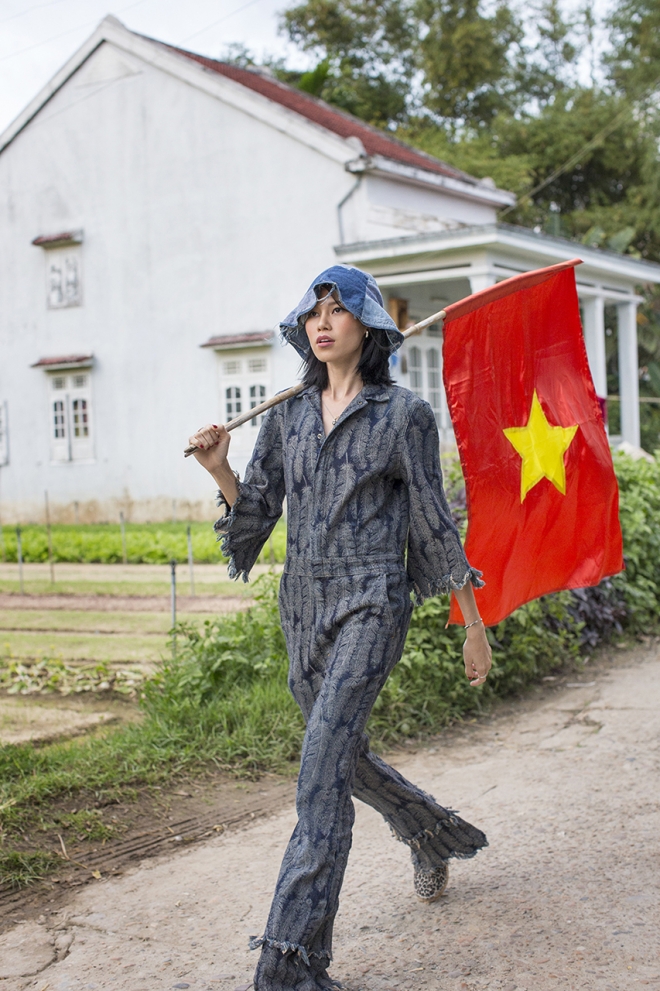 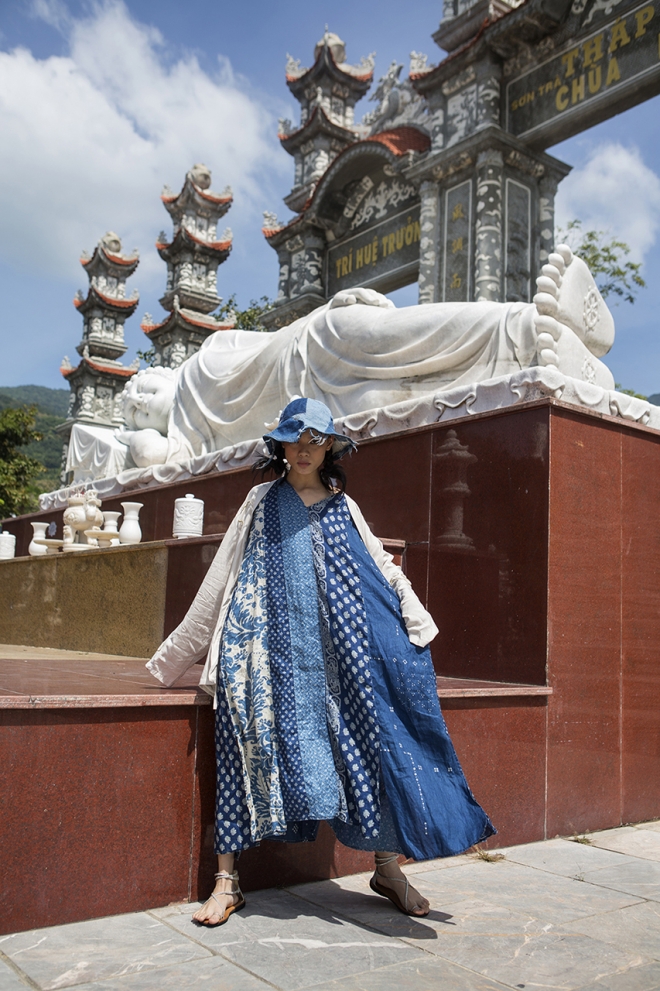 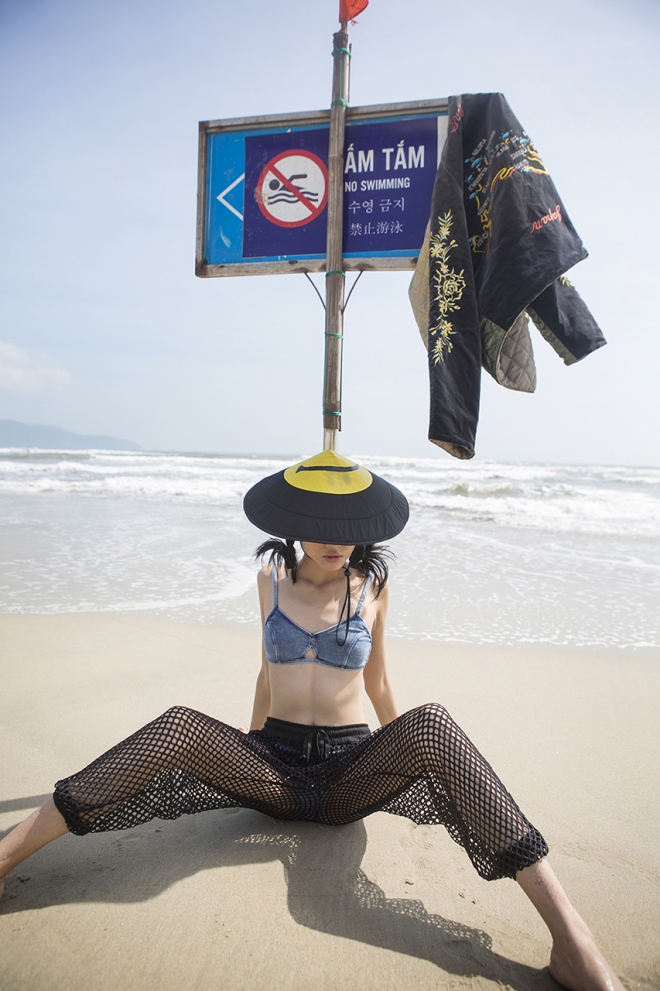