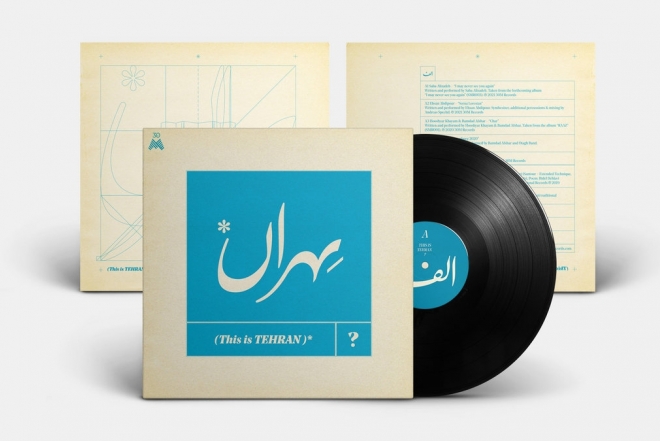 A compilation of tracks that incorporates traditional performances on traditional Iranian instruments with various genres of contemporary electronic music called ‘This Is Tehran?’ was released by 30M Records on June 4. In a rare and exciting look into the Iranian capital’s music scene, the album features performances by celebrated traditional artists such as famous Iranian spike fiddle player Saba Alizadeh, as well as electronic artists such as Ata "Sote" Ebtekar.

The tracks run the gamut from slow-moving ballads to high tempo dance tracks, each with a unique Iranian flair that has something interesting for everyone. Traditional instruments such as the sorna and kamancheh feature on the album, as well as horns, strings and piano, which are weaved seamlessly into beats engineered to accent the traditional instruments.

Each track strikes one as being hauntingly beautiful and elegant as if each were a shared secret between artist and listener; something that the ‘powers that be’ have tried to prevent. Unfortunately for them, music is inevitable.

The first track features a striking performance by Saba Alizadeh on the kamancheh, also known as the Iranian spike fiddle, that draws you in with its quiet strength. The electronic aspect of this track is subtle and used to accentuate Saba’s playing.

It’s not all quaint traditional instrumentals though; the fifth track on the album ‘Et Cetera’ is a techno feast of synths and beats as the musical focus becomes more contemporary. Moments of the track are interspersed with traditional horn instruments that don’t feel out of place at all.

Producing and releasing music has been a challenge for Iranians for years. The German label 30M Records, based in Hamburg and founded in 2020 by Matthias Koch, attempts to bridge the gap for Iranian artists who aren’t able to deal directly with digital music services in the US or Europe due to current economic sanctions. These sanctions were placed on Iran in 2020 by American president Donald Trump and have made it difficult for Iranian artists to release their music without higher than average fees, if they find a label to represent them at all.

This is the second release by 30M Records, their first being the compilation ‘RAAZ’, released in November 2020. ‘RAAZ’ was 30M’s first foray into sharing Iranian music with the world.