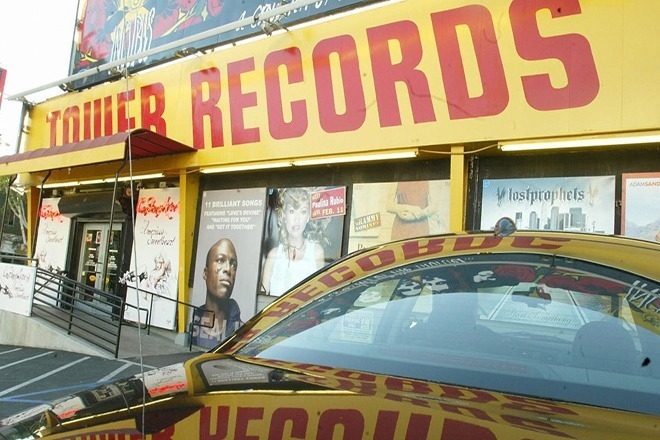 After declaring bankruptcy and closing all stores outside of Japan in 2006, Tower Records announced on Monday that it will be making a comeback as an online store. The newly revamped website will also feature online musical performances, and the company’s Tower Pulse! magazine will also make a comeback.

In Japan, however, Tower Records is thriving with 85 stores and its Shibuya flagship branch is one of the biggest music retail outlets in the world occupying nine floors. Why did Japanese record stores escape death knell when music went online?

To start with, a little history of Tower Records is needed. Founded in 1960 in Sacramento, California by Russell Solomon, Tower Records soon had shops in San Francisco and Los Angeles. Then, Tower Records spread across the United States exponentially. Over the years, Tower Records went international with shops in places like Mexico, Thailand, United Arab Emirates, Malaysia and more. At its peak, Tower Records had 200 locations in every corner of the globe with sales reaching over $1 billion. In 1995, Tower Records even became one of the first companies to start selling their products online via Tower Records.

The music market then experienced a revolution when free file sharing sites like Napster, Soulseek and Audiogalaxy started to dominate the market. Tower Records had a hard time competing in this new world and filed for bankruptcy in 2006. A documentary, All Things Must Pass, has even been made about the rise and eventual fall of this musical conglomerate. Luckily, in 2002, Tower Records Japan had split off from the main Tower Records brand, so this bankruptcy had no effect in Japan.

Japanese are usually the first to adopt new technologies like electronics or robotics, but they have been slow to adapt to streaming and digital music. There are a few reasons for this, but the main one is the collectors’ mindstate. With over 6,000 record stores, the Japanese love brick-and-mortar shops because they sell limited editions of CDs, vinyl or tapes, and people enjoy digging for rare finds. By attaining an uncommon piece of music in their hands, Japanese collectors forge a deeper bond with it.

14 years after filing for bankruptcy and being out of the public eye, Tower Records has been reborn as an online shopping oasis for those looking for magazines, music and merchandise.