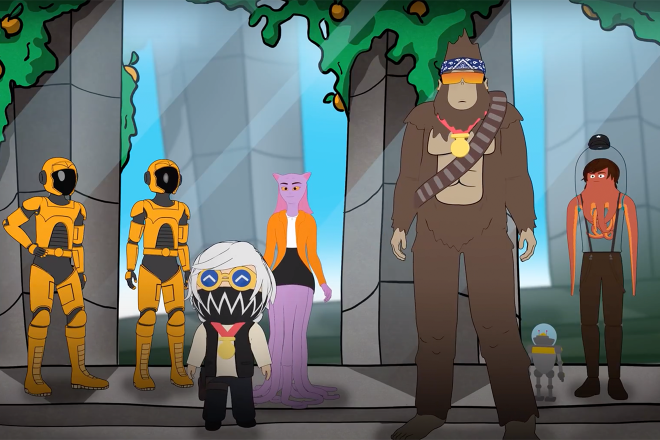 Masked producer, DJ and gaming influencer Tokyo Machine has teamed up with internet-famous saxophonist Saxsquatch (who eventually released on Monstercat).

The result of the collaboration is a club-friendly rework of John Williams’ ‘Cantina’ from Star Wars, which was appropriately released on May 4 (May the 4th).

‘Cantina’ is also known as the chain of watering holes across most of the smuggler-infested planets, including Atzerri, Abregado-rae and most famously, Tatooine.

The track aside, it’s the video that really caught our attention. Themed around Tokyo Machine and Saxsquatch traveling through an unknown planet and to stumble upon a mysterious Cantina. Things quickly turn into an extraterrestrial shindig, with a surprise appearance by Half an Orange. You can check out the video below.

Tokyo Machine feat. Saxsquatch ‘Cantina’ is out now. You can listen to it here.