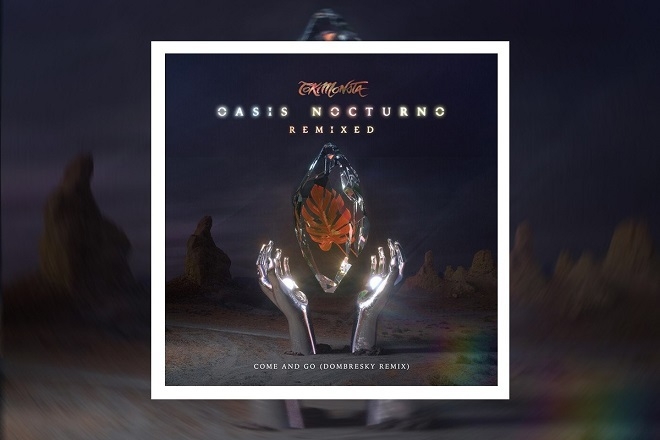 Following on from this year's excellent 'Oasis Nocturno', Grammy-nominated producer TOKiMONSTA has announced a forthcoming remix series featuring tracks from the album. Kicking things off, our appetites are whetted with a slamming house interpretation of the single 'Come and Go' featuring VanJess, courtesy of high-flying French producer Dombresky.

While the original version is a luxuriously smooth slice of neo-soul, Dombresky ups the tempo with his floor-filling '90s inspired house jam. Complete with organ stabs, sliced vocals and solid beats, the remix harks back to a classic garage sound, though its polished production helps retain an unmistakably contemporary feel. While the mood of the track couldn't be much further removed from the original, enough of its essence is retained thanks largely to the inclusion of VanJess' supremely seductive vocal.

Dombresky, who has previously released on high-profile labels including Toolroom, Milk & Sugar and Insomniac, was honoured to be called upon to provide his version. "TOKiMONSTA's album is one of my favourites from this year," he said, "she is a true artist, trailblazer, visionary, and inspiration to many around the world, and it was my pleasure to remix one of her songs."

TOKiMONSTA more than happy with the results, giving the version an enthusiastic seal of approval. "This remix from Dombresky is such a banger," she said. "I love the '90s house vibe. It makes me wanna dance until my legs fall off!"

The forthcoming Remix EP is scheduled to include reworks from an eclectic set of artists including Promnite, Halogenix, and Crosstown Rebels front-man Damian Lazarus. All new work from the TOKiMONSTA stable is something to look forward to, so we'll be keeping our eyes and ears well and truly peeled for due dates.

TOKiMONSTA 'Come and Go' (featuring VanJess) Dombresky remix is out now, you can buy it here