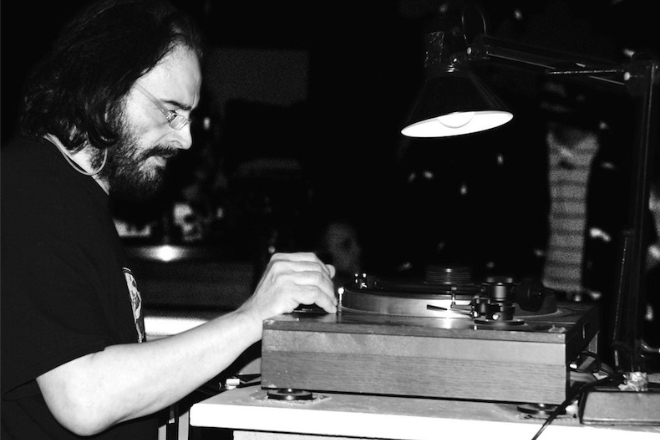 London-based author, Tim Lawrence, has expressed his contempt towards Louis Vuitton’s Pre-Spring 2023 collection titled ‘Fall in Love’, which is said to be inspired by David Mancuso’s legendary loft parties. In a lengthy essay published September 29 on his website, Lawrence goes into detail on how both parties stand for different values, and that “Anybody who knew David would understand just how problematic he would find Louis Vuitton’s framing of the Loft.”

Lawrence has been a key figure in providing insight into dance music culture. His books Love Saves The Day: A History of American Dance Music Culture, 1970-1979’ and ‘Life and Death on the New York Dance Floor, 1980-1983’ provide an in-depth account of the scene’s movers and shakers, including the late, great David Mancuso. While researching for his book, Lawrence interviewed Mancuso — a moment that marked the start of a budding camaraderie between the two. Now a professor of Cultural Studies at the University of East London, he was even approached by Mancuso himself to start hosting Loft-like parties across the pond.

Several irksome inaccuracies in Louis Vuitton’s press pack for the ‘Fall in Love’ collection were brought up, the main one being that the luxury house and the DJ share the same set of social values.

Repeatedly mentioning how Louis Vuitton is one of the world’s largest and most profitable luxury corporations, Lawrence explains how Mancuso sits on the other end of the spectrum, being “a person who paid almost no attention to his appearance” and “placed no value on material possessions” besides stereo equipment and vinyl.

Perhaps this can be seen by how Mancuso initially asked guests to pay a small US$2 fee to enter the Loft parties, which, even back then, probably didn’t cover much of the costs. It wasn’t until the late 70s that the price to enter reached US$12.99, needed for organising a buffet, punch made from fresh fruit, cloakroom services and, of course, equipment.

“I never sold anything on the premises and I never allowed anything to be sold on the premises,” Mancuso mentioned to Lawrence, adding that “Everything was covered by the contribution,” underlining his aim to abolish any economic inequality in the space.

Read this next: David Mancuso’s child-like party spirit shines on in Korea’s ‘colatecs’

The essay goes on to question if clothing designing and selecting music can be “akin” to one another, as mentioned by the late Virgil Abloh who conceptualised the collection. Lawrence analyses that one “revolves around the visual” and “encourages us to look at ourselves” whereas the other, being an aural aspect, is all about forgetting one’s self and interacting with others through dancing. One thing in common between the two would be the presence of mirrors, however the one at Mancuso’s Loft parties are tiny and have been glued onto a disco ball.

Lawrence also inserts a quote documented in one of his books from Louis “Loose” Key Jr., a regular dancer at the Loft parties, who says that “The Loft wasn’t about your dress or attire. It was about being communal.”