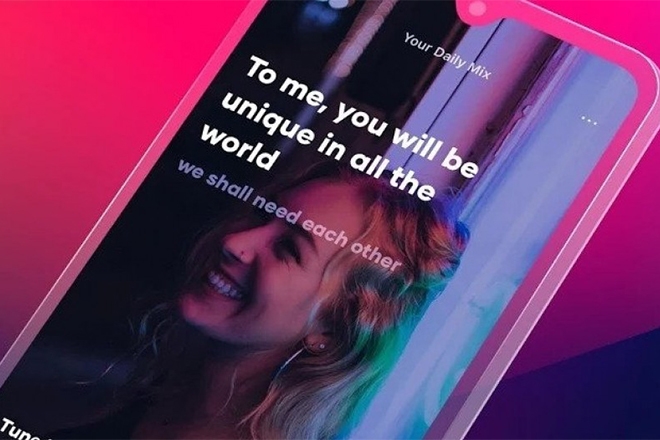 ByteDance, the parent company for TikTok, finally launches its much-hyped music-streaming platform in India called 'Resso'. Although similar to TikTok, Resso has been formatted to mimic other industry-leading streaming platforms in subscription and payment delivery. The freemium model is in place with upgrades and in-app purchases available. While it's free to download and use like TikTok, users can upgrade sound quality from 128kbps to 256kbps and avoid ads with a subscription ($1.35 / month on Android and $1.62 / month on Apple).

ByteDance was able to close deals with Sony Music Warner Music and a multitude of independent labels, but was unable to come to an agreement with Universal Music. At this time it is unknown if negotiations continue with the Universal Music, the world's biggest music company.

It's worth mentioning that the Chinese conglomerate 'Tencent', who has a 10% stake in UMG, is going head to head with ByteDance on multiple levels. So it's possible that Tencent may have influence over the UMG decision to remain off Resso for now. Extensive adjustments to UMG's executive branches in India may have also played a role here, and also may indicate a change in UMG strategy for the region.

Regardless, India has a rapidly growing music market, and it's no surprise that there is also an increasing number of streaming-platforms trying to get their share of this pie. Gaana and JioSaavn, the top two music-streaming platforms in the country, have a combined 250 million monthly users.

It's no surprise that this trend is also seen in other developing markets. Anghami is in the process of working out multiple multi-million buyout deals to service Middle Eastern and North African residents, while Boomplay dominates the African market with an estimated 60 million users.

Resso continues to be tested in other markets, with availability being made in Indonesia next and likely to follow in other territories sometime this year.