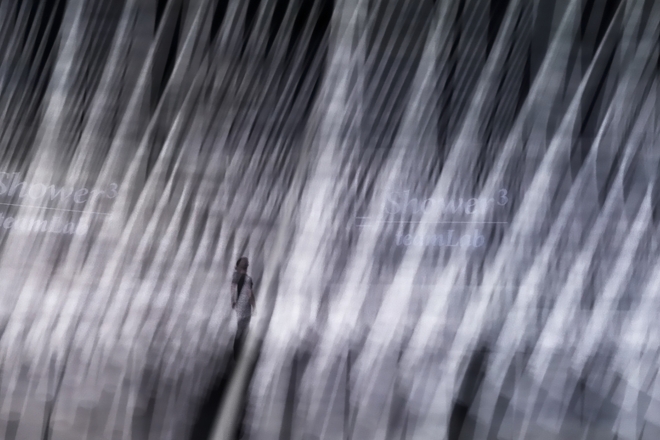 Internationally renowned art collective teamLab has just confirmed that it would be opening a new permanent light sculpture space in Shanghai. Dubbed Shower³, the installation will immerse visitors in a three-dimensional light shower made up of a series of moving lights programmed by a Light-Sculpture-Plane technology.

For several years now, Tokyo-based teamLab has been working on a series of light sculptures that focus on the reconfiguration of space and the construction of three-dimensional objects using light. The first series was called Line and is a collection of moving lines of light. The second is called Plane and consists of works made of laser planes. Shower³ by “combines these two series to create a massive light sculpture space across an entire space, immersing people’s bodies and changing their perceptions of space".

Shower³ is part of the ‘MASTER’ platform for new era art and music, and gathers as many ‘M’ possibilities as it can for the space: Master, Medium, Modern, Music and more. The '24-hour Light And Shadow Art Interaction Space' occupies two floors inside the TX Huaihai building alongside the inaugural launch of teamLab’s first-ever nightlife concept.

Since most of us might not be able to travel to Shanghai right now, at least for now we can still experience Shower³ digitally. Get a closer look at the light installation in the video below.