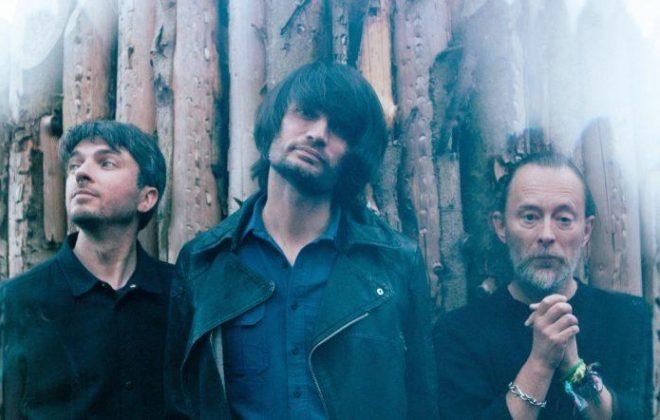 Thom Yorke and Jonny Greenwood have come together to form new band ‘The Smile’.

The trio also includes Sons of Kemet drummer Tom Skinner, with the group’s name a nod to a Ted Hughes poem. They performed this week at Live at Worthy Farm, alongside a number of notable guests, including Jorja Smith and Kano.

During the performance, Thom Yorke gave some clarity on the band’s name, saying: “Ladies and gentlemen, we are called The Smile. Not The Smile as in ‘aaah!’, more the smile of the guy who lies to you every day.”

Their involvement at the live performance was only revealed a few hours before streaming began, with their set at Worthy Farm being the band’s debut. The band shared the tracklist for their set after the show.

There was much fan excitement about the debut, with one fan saying “The #The Smile set from #GlastonburyFestival was sublime. #Radiohead at their best and then some.”

Glastonbury’s Emily Eavis spoke of her excitement to debut the project, saying: “We’re truly honoured that Thom and Jonny have chosen our live-stream event to premiere their brand new project, The Smile.

“Sadly, we are all unable to gather together at Worthy Farm, but alongside sets from other wonderful performers, this has all the makings of a special Glastonbury moment.”

The Live at Worthy Farm livestream came after Glastonbury was cancelled due to fears around the Covid-19 pandemic. All who participated performed for free, and the sale of tickets will be used to “help to secure the festival’s return in 2022”.

You can find snippets from the set, as well as the tracklist and fan reactions below.

In case you missed it, you can catch it again today @glastonbury pic.twitter.com/N9t4M43lor

The #TheSmile set from #GlastonburyFestival was sublime. #Radiohead at their best and then some.

Ok I am in LOVE with The Smile. Love the vibe, love the songs, vocals, LOVE THE THOM BASS. all amazing