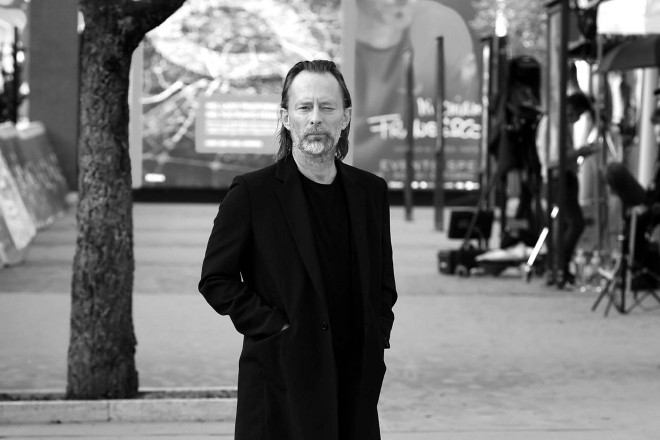 Japanese fashion designer Jun Takahashi showcased his UNDERCOVER collection for Fall 2021 in a runway show staged last month for Rakuten Fashion Week in Tokyo. Part of the show was soundtracked by his good friend Thom Yorke, vocalist and songwriter of rock band Radiohead. Yorke debuted a slowed-down version of ‘Creep’, a solo acoustic number which he mixed himself.

In the 10-minute remix, Yorke slowed down his vocals and made them slightly off-beat. To blend with the show, the vocalist fused loud and high-pitched synths as the song moved into the second verse.

Yorke reportedly hates the song but seemed to overlook that in coming up with the new rendition — and we're thrilled about that.

“Radiohead's ‘Creep' perfectly encapsulated my current feelings into a song,” Takahashi said in a statement about the music for the show. “Thom suggested that we use an acoustic version at half tempo. In the end, Thom mixed the song himself by adding a synthesizer and other effects. I couldn't stop crying when I listened to the final version of the song for the first time. It felt more emotional and mysterious than the original song, 'Creep'. Thom named the song 'Creep Very' and I decided to use it as the title of the collection. I am deeply grateful to Thom for arranging it.”

Creep Very and took inspiration from the armour and techno-futuristic look worn by characters of the hit Japanese anime Neon Genesis, a series about humanoids protecting a postapocalyptic world. The idea of the collection was to reflect on the anxious and conflicting side of modern society and combine it with tailoring.

“It is the hope we have for what lies ahead of our daily worries and anxieties, It is a worldview created for those individuals in today’s society that live each and every day with constant conflicting emotions. It’s a different perspective from that of clothing design, but it would be an honour to have you feel and understand this,” Takahashi explained.

Listen to 'Creep Very' below:

You can also watch the full radio show below.