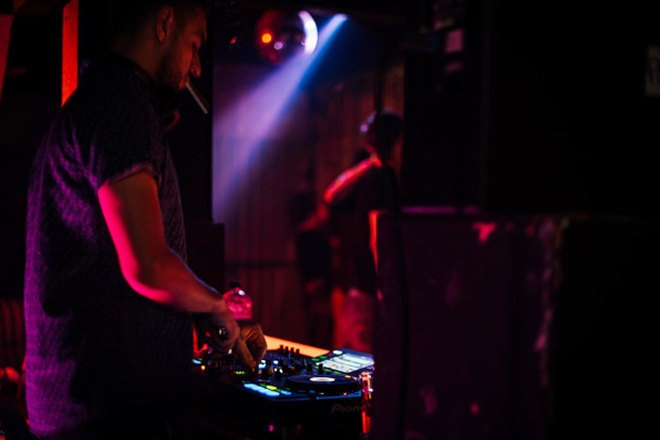 For a long time, one of the downsides to partying in Bangkok was that it was hard to keep the party going after the clubs closed, which unless you were on the raucous and slightly seedy Soi 11, there was little do besides move the party home.

Well there’s a new kid on the block and while it’s still in its infancy stages, Mustache Bar is certainly gaining traction and popularity with weekends and even some weekdays going strong ’til sunrise.

The party kicks off every Friday and Saturday around 2am and goes until sunrise and the musical programming is, to sum it up in one loose word, techno. This could be anything from melodic techno to a deeper house sound but it is strictly for fans of underground music, to be sure.

Bangkok’s usual suspects are on regular rotation, from DJs like Denis Beyer, Dan Buri, Ikono, Superstar Panda to Junesis but also guys like Sunju Hargun, Coran, DOTT and whomever else might fit the image also make appearances. Occasionally, there have been some international DJs who have played there (like Marc Marzenit from Cocoon) but there isn’t anything too big on the upcoming menu. It’s more of a friendly, feel good and local family type of effort. 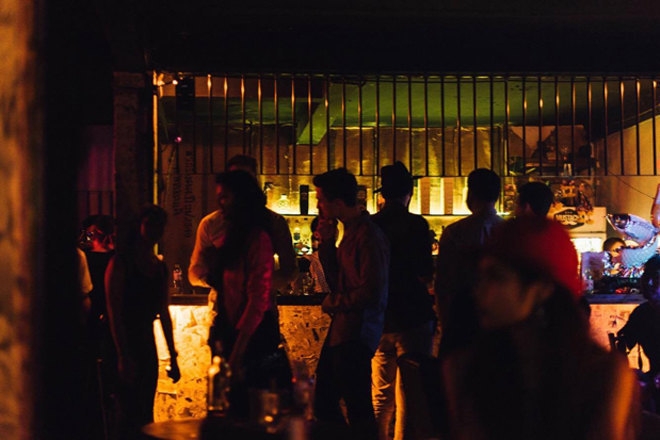 The vibe is cool, you walk in and it has somewhat of a dark and cozy living room atmosphere happening but with bangin techno and a bar. The crowd is mostly local, local as in both Thai and expats who call Bangkok home and this is the biggest difference between it and the only other late night/early morning electronic after hours. Because of Wax’s location on Soi 11 and above Sugar, it caters at least partially to tourists or people who aren’t there for the music anyway, they just want to party late. At Mustache, you’re groovin with likeminded folks and the result is a totally different atmosphere.

Best of all, entrance is free.

Just in case you peep them on Facebook and are confused by the photos of food, in the day time Mustache operates as a full service bistro but on late nights, they take out the tables and chair, turn down the lights, close the curtains and that’s where the magic happens. They’re also planning to open a second floor that embodies more of a bedroom concept, so people will feel even more like they are someone’s home. But of course, still with rolling techno and a bar.

Stay up-to-date with events at Mustache Bar on their Facebook page here.