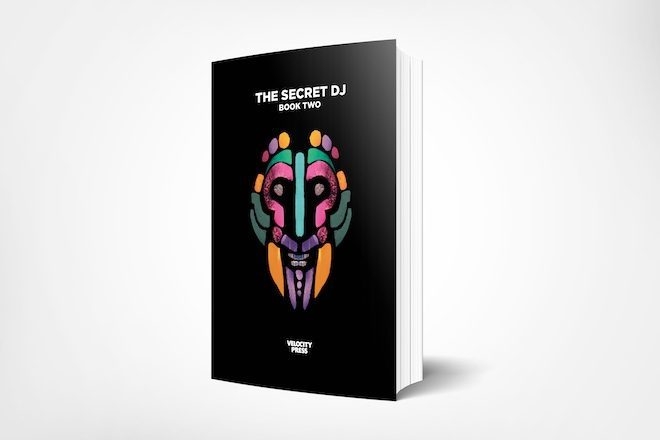 The Secret DJ is renowned for pulling back the curtain on the hidden debauchery, wild tales and the more unsavoury parts of the dance music industry.

The Secret DJ is back with their second book, simply titled The Secret DJ: Book Two. It will be published by Velocity Press on December 4 2020.

Their first book, The Secret DJ, was published in 2018 by Faber & Faber.

Where the first Secret DJ book was more autobiographical, the second is less of a sequel. It instead charts the rise of dance music over the last four decades, and its connection to Western capitalism.

There are no subjects left untouched: from drugs to DJing techniques, from social media to the gentrification of dance music, the Secret DJ has a lot left to say in The Secret DJ: Book Two.

The Secret DJ has commented on the publication of this second book, saying, “No one in publishing would have the balls to touch this book with a bargepole. It takes courage to speak up. There’s not much in the way of reward for telling it like it is, not any more. If you expose an industry, that industry hates you for life with the intensity of the sun. I have nothing but admiration for Velocity Press, they’ve taken a big risk working with me. I appreciate it greatly. It’s good to know there are still people out there willing to stand up.”

It’s currently available to preorder, the perks of which being that you’ll receive it in December with your name in the credits.