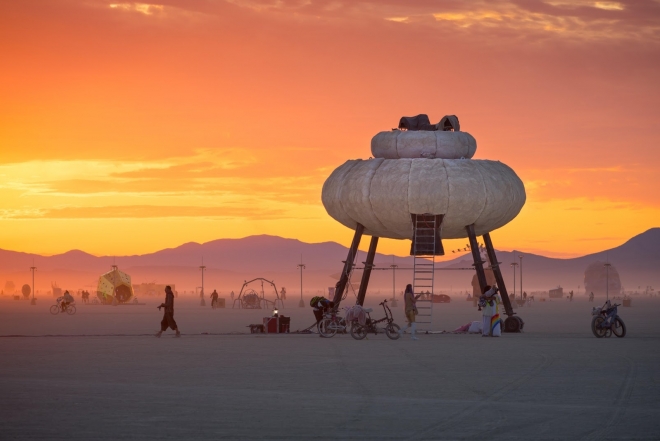 The Fluffy Cloud —‚We love the name, the concept and the story of inception behind the world’s first 360° immersive and interconnected installation that encompasses sound, light and art.

People have been so accustomed to a certain and overly formal order of enjoyment and immersing in entertainment that we’ve forgotten that there should be a sense of community and interaction amongst the audience, and not just a connection the artist. This is the foundation of The Fluffy Cloud — an attempt at breaking the norm on audience formation and interaction. The founder of the creation is Jorge Perdomo, an avid electronic music lover and frequent-festival-traveler — his primary vision is to bring back the “magic of the interconnected circular community-space has been lost.”

The concept first took flight when it debuted in Black Rock City last year, at Burning Man, and of course it was a hit, especially on Instagram (shame on those Burners who didn’t turn their phones off!). Despite people taking photos in awe of the installation, the ultimate objective seems clear and certainly one that will enhance people’s mindsets of how to naturally communicate with each other, even if there is another focal point of entertainment that brings them together

The Fluffy Cloud is a portable circular art stage that is roughly 25 feet powered by 60,000 watts of custom-made Hennessy Sound Design speakers and 33,000 individually addressable LEDs. It is both futuristic and multi-functional, having the capacity to double as a concert stage. 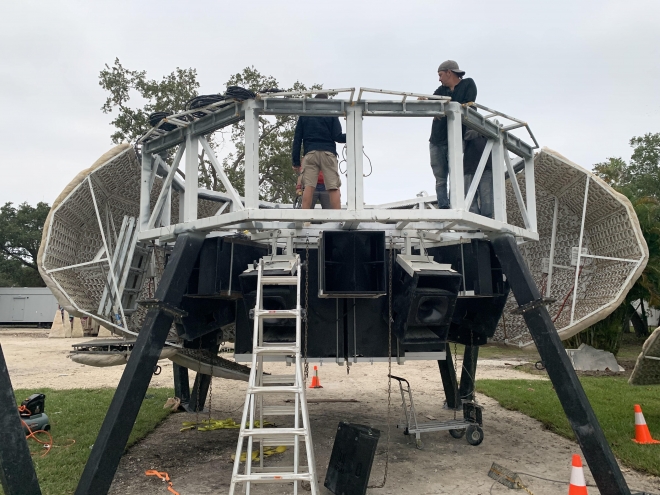 Now, without a home this year at Burning Man 2020, and without events happening across the globe, Perdomo has introduced an online gathering called The Flaming Bird, an ode to the Man that burns every year in the Nevada desert. The art event will be held in San Francisco and you can find out more as well as enrol as a participant here

Until the moment Asia gets to see Fluffy in full action, check out the After Movie by The Fluffy Cloud from Burning Man below.