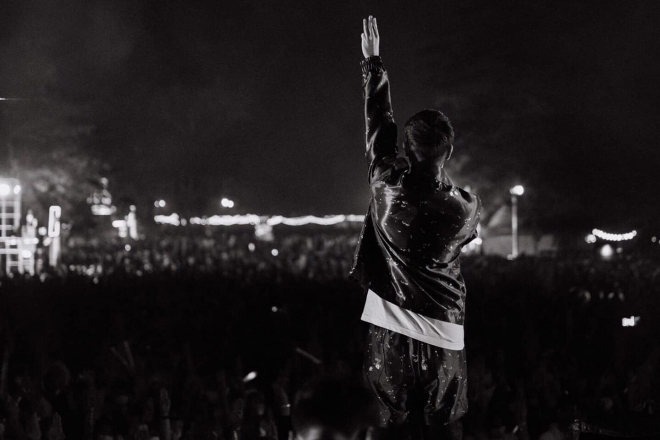 A festival popular in Thailand amongst locals was shut down over the weekend with reports putting the number of people in attendance around 30,000 - 80,000, depending on the source. Big Mountain Festival in the Pak Chong district of Nakhon Ratchasima, also known as Korat, which has historically been lauded as Thailand’s biggest music festival spanning multiple genres from rock to rap to electronica and pop, was ordered to shut down on Sunday, with Nakhon Ratchasima’s governor citing fears over the coronavirus. Currently, Thailand has around 200 active cases with the bulk of them imported and discovered while in quarantine.

The order came on the festival’s second day, early on Sunday afternoon, and blamed crowd sizes, a lack of masks worn by attendees and singers “shouting” on stage. The organizers initially refused while they appealed the order and negotiated with authorities before finally shutting down around 10pm, just four hours before the festivals eight stages were supposed to close (refunds were given). The organizers have since been charged for defying an order to shut down the show.

That said, due to the relatively low numbers of COVID cases in Thailand, many online have rejected the idea that the event was shut down due to the coronavirus and that politics were instead to blame. During the festival, several musicians expressed solidarity with the pro-democracy movement that has been unfolding in Thailand over the last few months, which has seen tens of thousands of protesters hit the streets, demanding that the government step down. "Don’t let a horrible system define Thailand. Raise up three fingers! Down with dictatorship. Long live the people!” was heard by a musician on Saturday night. After the weekend, #BigMountain began trending online in Thailand as netizens condemned the shut down as a pretext for censorship.

“The cancellation of #bigmountain2020 due to COVID is understandable,” tweeted Move Forward MP Wiroj Lakkhanaadisorn. “But the thing that people question is why Red Cross festivals in many provinces didn’t get canceled as well, including one in Ayutthaya that [Health Minister Anutin Chanvirakul] attended. People were also packed there,” referring to a Friday event.

He’s not wrong — several large events took place around Thailand this weekend, some complying with COVID restrictions, and others not so much. Over in Pattaya, Thailand's leading EDM event 808 Festival also took place with several big-name international acts on the bill. Carnage, Kayzo, 4B, Ben Nicky, Andrew Rayel, KEVU, Morten, Sandro Silva, Sub Zero Project, Vini Vici and W&W all performed after doing two weeks of quarantine. The outdoor event was noticeably smaller in size from previous editions and while no reports of numbers have come through, it’s estimated to be somewhere around 8,000 people. Also in Pattaya, the organizers of Wonderfruit held a much smaller, scaled back event than they would usually do this time of year. Dubbed MiniFruit by attendees, the two-day event saw just a few thousand people over the course of the weekend across their sprawling site with a stripped back, all-local programme. Social distancing was not an issue.

That said, the incident at Big Mountain Festival has created somewhat of a ripple effect with other events and festivals falling under the microscope. Yesterday it was reported that Prime Minister Prayut Chan-o-cha threatened to ban gatherings of more than five people if the COVID-19 pandemic situation escalated in Thailand. Despite the virus all but vanishing from the general population nine months ago, the Kingdom has had an emergency decree in place since March, which would give Prayut sweeping powers to prevent large gatherings. This latest development could be problematic for organizers with planned events coming up. It also serves as a reminder that despite the situation being under control in Thailand, organisers should focus on being responsible and keeping guests safe by following the government's safety regulations over capitalising on ticket sales.

Thailand has been encouragingly successful in containing the spread of the novel coronavirus. The Kingdom has reported 4,237 infections since day zero, with the bulk of cases appearing in March. Following an immediate closure of borders and a strict lockdown, locally transmitted cases have been few and far between. Most recently, however, a small number of infections were reported after several returnees crossed the border from Myanmar illegally and skipped a mandatory 14-day quarantine. The new cases are causing fears of local outbreaks, fears which are extrapolated when reports of 80,000 people being sandwiched together without masks or any semblance of social distancing. Currently, in Thailand, by law, each person at a musical event or concert must have at least five square meters of space.

At least for now, events in Thailand will be allowed to proceed but with strict rules in place, especially in Bangkok, the prime minister said.