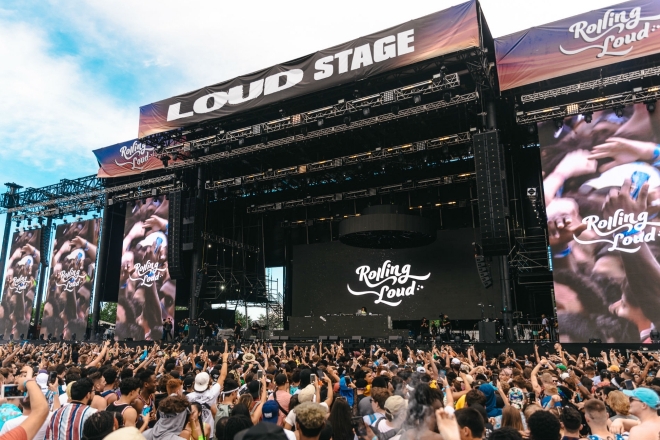 The hip hop festival franchise Rolling Loud has taken to social media to announce they will be expanding to Southeast Asia. On July 26, 2022, Rolling Loud’s official Twitter account posted a simple caption stating that Thailand is where they’re headed next year.

Wrapped up just last weekend, Rolling Loud Miami was eventful to say the very least. Kid Cudi stormed off stage after getting hit on the head with a water bottle, Kanye West surprisingly popped up during Lil Durk’s set and Saweetie shoots her shot at someone in the audience.

The festival, which was also livestreamed, announced their trip to Thailand at the end of the stream. DJ Whoo Kid, who’s toured the country for 20 years, gave a shout-out to local acts Thaitanium and the Bangkok Invaders, while also mentioning how Thailand has “tons of artists with billions of views”.

Rolling Loud was founded in 2015 and has since expanded from its flagship Miami-based event to other cities and countries. Earlier this month, it debuted in Portugal with headliners J Cole, A$AP Rocky and Future. In addition, the festival is also planning to plant its flag on Canadian soil with an event in early September before flying back to the US for a New York show featuring Nicki Minaj as one of its main acts.

Based in Miami, the festival has also made its mark in other countries such as Australia and the Netherlands. However, this would be the first ever venture into Asia after previously having to cancel the Hong Kong edition in 2019.

Hip hop enthusiasts in Asia will have to be patient since no dates, line-up, location or ticket details have been issued as of late. For now, we'll just have to do with the official announcement during the livestream, which you can watch below.