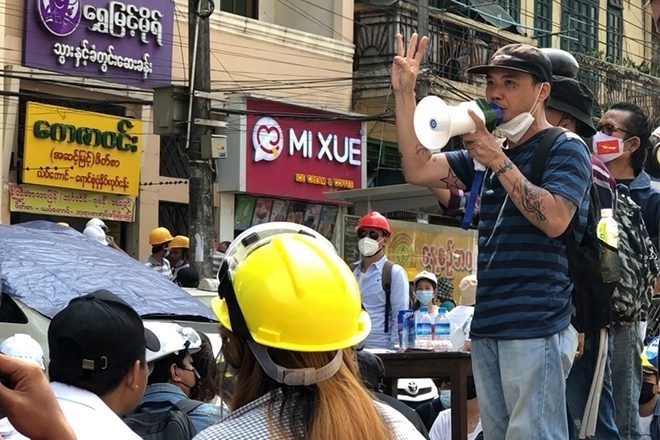 Myanmar rap pioneer and former activist and lawmaker Phyo Zeya Thaw was one of four men executed in the country, Junta-controlled media reported on Monday.

Rapper and lawmaker Phyo Zeya Thaw and democracy activist Kyaw Min Yu were two of the executed men who were convicted of conspiracy and planning a terror attack. No official date of execution was given by the state, and these executions have been condemned by the UN as "depraved”.

The executions represent the first use of capital punishment in Myanmar for decades.

Less is known publicly about the other two executed activists, Hla Myo Aung and Aung Thura Zaw, who were sentenced to death for allegedly murdering a woman they believed to be an informer for the Junta.

Aung Myo Min, human rights minister for the National Unity Government, an exiled civilian administration established outside Myanmar following the military coup in February 2021, denied the murder allegations, saying to the Associated Press: “Punishing them with death is a way to rule the public through fear”

Thaw was arrested in November 2021 when around 100 police officers and military personnel raided a housing estate Yangon. As The Guardian reports, he was sentenced to death for offences under anti-terrorism laws in January.

In 2012, Thaw was elected as a member of the lower house and became a lawmaker under the then-ruling National League for Democracy. This was the party of ousted state counsellor Aung San Suu Kyi.

His lyrics were critical of the previous military regime, and alongside his rapping he was a prominent activist with the movement known as ‘Generation Wave’, which used pamphlets, graffiti and coded protest material.

He was also imprisoned in 2008 for his activism against the government at the time.

Many people in Myanmar have turned their social media profile pictures black and red to show support. Some people have been posting lyrics from Thaw’s songs, such as “nothing’s gonna happen if we are all united”.