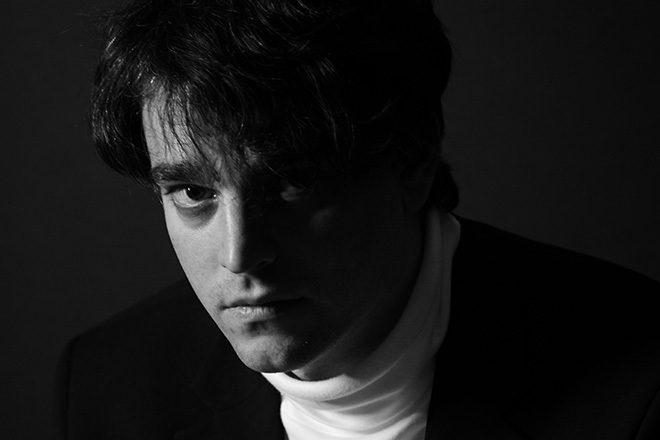 At the Amsterdam Dance Event (ADE) this week, Canadian DJ and producer Clarian will make a keynote speech. But he won't be talking about his distinguished career in music – which includes a string of releases on labels such as Kompakt, Visionquest, Culprit, and AnjunaDeep, collaborations with the likes of Tiga and Felix Da Housecat, club and festival gigs across the globe and engineering work for top tech and entertainment companies.

He will be discussing how Web3 and blockchain technology can help revolutionise the music industry and specifically Tamago — the streaming service he co-founded with a group of friends some of who met at a rave a few years ago. Tamago's mission is to finally give a fairer, more transparent and efficient deal for music creators after years of exploitation and lopsided streaming deals, especially for more niche or underground artists.

The underground and free-to-use streaming service partnered with the NEAR protocol provides transparency, no gatekeeping or advertising and better monetisation for music creators by leveraging decentralized technologies such as IPFS and Blockchain. Tamago is quite a unique streaming service because, unlike others, all the audio data is uploaded via IPFS and you don't even need to create a traditional account to sell music and make a profile. Everything can be done freely in a decentralized manner returning and proving that Web3 offers a way for individuals to use future apps without having to give up their data and their rights to companies.

Read this next: Amsterdam Dance Event unveils next wave of artists for October edition

Clarian was actually the first artist to release an original album as an NFT – he cheekily released his album 'Whale Shark' one day before The Kings Of Leon's 'When You See Yourself' in little middle finger to the mainstream industry. He is also credited for being the first software developer to release the now best-selling complete Solidity course on Udemy. He also penned an article for Mixmag back in March 2021, explaining simply the relatively new concept of NFTs.

"Sadly, a lot of the early hype around NFTs – the crazy art sales and silly money – distracted from the real potential of blockchain and Web3 technology and how it can help in the real world.

The co-founders decided to start Tamago because, like so many other musicians, they saw a massive opportunity to revolutionize streaming platforms and were sick of how the major streaming platforms are simply not giving artists a fair deal when it comes to revenue – and the delays/complications around how these sums are paid. On top of that, the way rights collection service works can be so complicated or corrupt, artists often get the money they are owed very late, or in some cases not at all.

The co-founders wanted to create a platform whereby underground artist can have a direct relationship with fans, be paid fairly for what their art is worth, have clear and efficient revenue collection and none of the gatekeeping, advertising or general bullshit that is part and parcel of who all of the major streaming platforms currently work"

As such Tamago has a rapidly-growing family of fans who can engage on a deeper level with the artists, who can in turn monetize their work through a transparent and instant payment system linked to the streaming of their music – while additionally selling NFTs to their fanbase, along with a predetermined percentage of royalties. Members of the platform can then use those NFTs to curate their own playlists and earn a share of the revenue for themselves, with more features and perks to come.

With an "Underground Vibes Only" tagline and Clarian's background they also have a solid roster of underground music on the platform, which continues to grow exponentially with artists such as Tiga, Felix Da Housecat, Paramida, Desert Hearts and many more

"My vision is that streaming platforms, in general, can be revolutionized like what happened in the 1980s with the fall of corporate record labels which eventually lead to the emergence of indie powerhouses such as Def Jam, SubPop or Factory Records, with a closer relationship to fans and a fantastic F.U. attitude to the big players. It's like that only better because all the middlemen that take cuts from the indies are no longer required to track and monitor royalties and this instils a lot of advantage to the playing field although most people don't see it just yet.

We are trying to build a cool and honest brand that can stand up for artists and take on the tyrants without toxic monetization models and gatekeeping. This is about the love of music and a fair deal for the people who work so hard to create the art that enriches all of our lives." That's what the real power of what Web3 and blockchain can offer to the industry and hopefully in the next 10 years more and more artists will benefit from this in a big way.

Catch Clarian's ADE talk: Short cuts: Gearing Up For Decentralized Networks, at 13:15 PM at The Felix Meritis on Thursday, October 20 and the Tamago ADE party with Patrice Bäumel, Brian Cid, Borella, and Sinca at The Duke Of Tokyo from 8:PM on the same day.