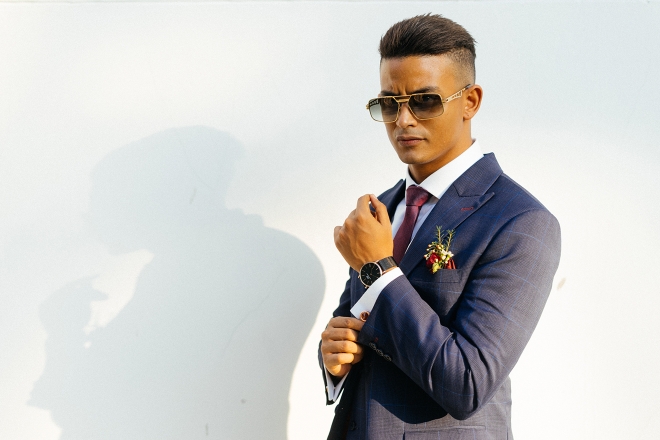 Change is inevitable. We experience it throughout our lifetimes whether personally, subjectively, publicly, universally or even existentially — the world is constantly changing and so are we. It should come as no surprise then that artists also change. Oftentimes these changes are gradual and occur across long timescapes such as adjusting one's sound to fit newly acquired hardware or production techniques. Alternatively, an artist changes direction to reflect trends in popular sounds and pursue that neverending chase of the elusive 'hit record'. In even rarer instances, we are subjected to change in another form, drastic and rapid, similar to the caterpillar transforming into a butterfly and spreading its wings for the very first time. For artists change is rarely linear or fluid, and it can come in explosive bursts coupled with periods of dormancy. As a first-hand witness to the artistic change in Bangkok-based Kuroten's direction, it's only fair to explain it via his latest release 'Talking in Technicolour'.

'Talking in Technicolour', much like its creator, is constantly evolving. The drums are crisp and powerful with a low-end kick that made me spill my coffee and begs to be felt through one's legs on a hardwood dancefloor. This is NOT your typical 4/4 groove, rather a chaotic synchronicity crafted with precision. Kuroten subtly adds layer upon layer of ambient frequencies before finding balance around a drippy acid bassline. But even the bassline is subject to evolution, warping in texture as the track progresses. The background of the song comes to life after the first drop, with echo creating a pulsating sensation akin to an increased heartbeat. At the apex of it all, the distorted vocal comes into play, "everything is in colour and... and I can feel the air, I can... I can see it"; excerpts from a 1950's American housewife's description of her first trip on LSD, "I wish I could talk in technicolour".

'Talking in Technicolour' is a language for the refined ear. The sonic linguistics at play throughout will be lost on your average '4 to the floor' aficionado. It begs us to look beyond the comfort zone and seek the inevitable change that lies ahead of us. Kuroten is speaking to us from his future self, the language yet to be interpreted. As the song is in constant flux, 'Technicolour' is an aptly applied term, a nod to the colour motion picture process which received multiple improvements over time from its initial application in 1916.

The release comes with three remixes courtesy of Jonny Cruz, Marcus Sur and Octave. Jonny makes a departure from the original filtering out most of the sounds to give the track a darker shade. Marcus adds his signature punch while maintaining the hypnotic feel of the original, crafting a more dance floor friendly version of the single. Octave takes a step further, ramping up the acid and stripping down the other elements.

It's fitting that 'Talking in Technicolour' has found a home at the acclaimed 'Motek Music' imprint. As a label known for bumping traditional norms and fostering releases free from the usual industry environment, the release should fit in nicely with their catalogue. Motek prides themselves on never being ordinary, pretentious or mainstream — 'Talking in Technicolour' is anything but the aforementioned.

'Talking in Technicolour' is available now via Beatport