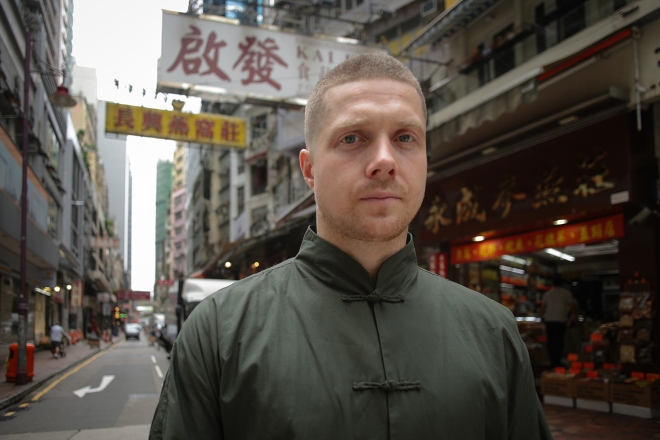 Bazza Ranks has tapped in with a new single entitled 'Live as One', a collaboration with Capitol 1212 which features an original vocal sample from UK Reggae/Dub artist Roman Judah. Ranks cut his teeth as one half of the group Dirty Dubsters, playing International festivals over the last decade and dominating the airwaves as a fixture in the UK and Ireland music scene before relocating to Hong Kong. Bazza has a well-documented history playing festivals Boomtown Fair, Shambhala, Body & Soul, Electric Picnic, Beats4Love, Uprising Reggae Festival, Festival De Nuits D'Afrique and Isle of Wight. Ranks had featured slots on BBC Radio1, BBC Radio 1 Xtra, BBC Radio 6, RTE Pulse with regular appearances on legendary pirate station Kool FM.

'Live as One' is the first release from Ranks new imprint 'Spice Bag Records' which will be run cooperatively through bases in both Dublin and Hong Kong. The label will be focussed on releasing House music coupled by remixes in a more eclectic manner such as disco, garage, breakbeat, d'n'b, etc. SBR01 (Spice Bag Records 01) features the lead single 'Live as One' coupled with a more uptempo breakbeat version of the original.

'Live as One' is a piano-driven house track that shines with 90s nostalgia. The collaborative release with Capitol 1212 and is centred around three focal elements: the vocal line of Judah, a thumping kick drum and a piano riff that layers nicely throughout. The message of 'love each other' from Judah acts as a friendly reminder of unity given the current global challenges we are all facing. The booming kick meanwhile hits with the ferocity that begs to be heard on a big room sound system. The key progression ties the ensemble together while providing flashbacks of 'Master T' and his accompanying keyboard 'Roxy' or Friday nights tuned into 'Electric Circus', both featured on the rave centric programming of the mid 90s on Canada's beloved 'Much Music' broadcasting station. The release comes paired with an amped-up breakbeat version of the single, which takes the track to an entirely different realm of energy.

'Spice Bag Records' derives its name from Ireland's favourite takeaway dish — The Spice Bag, which happens to be the highest-selling Chinese take-away food in Dublin. A very tongue in cheek Western take as it's clearly not traditional Chinese food. As slang among DJs, 'Spice Bag' was often referenced in having hot new records in your bag for a gig. Aside from spreading the positive message contained in the release of 'love each other', Spice Bag Records will be donating all proceeds from their first two releases towards the Black Lives Matter Foundation & Direct Provision Irish Refugee Council.

'Live as One' is available today here.