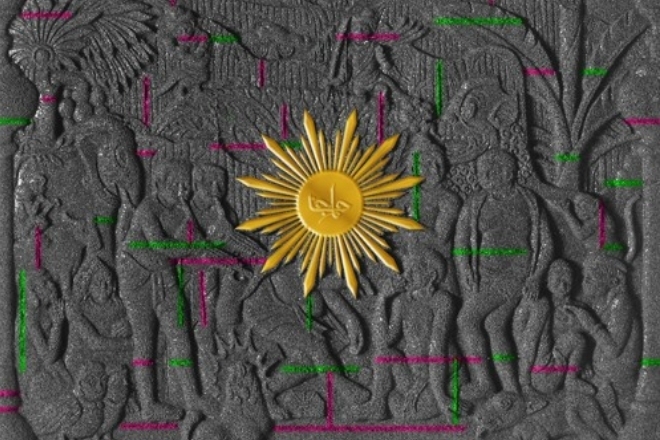 British-Iranian artist TĀLĀ has released a mixtape titled ‘Jukstaposisi’, which features three tracks in collaboration with the British Council and Padepokan Seni Bagong Kussudiardja (PSBK); a Yogyakarta-based arts centre that aims to contribute to the cultural enrichment of Indonesian society.

Released exclusively on Soundcloud, the mixtape that dropped on June 1 is the fruits of a four-month digital residency under the Musicians in Residence programme at PSBK. This allowed TĀLĀ the opportunity to build connections and make creative collaborations with Indonesian musicians and producers.

In the mixtape, she teams up with local talents such as rapper Mario Zwinkle on the track 'Melintir' and DJ/producer Dipha Barus for 'Wavy Katara'.

For the starting point of 'Wavy Katara', TĀLĀ and Barus used an 80’s track titled ‘Masa Bodo’ by KATARA. The Bali-based Indonesian DJ known for his distinctive style of inputting traditional elements in his music hopes that audiences can enjoy this musical collaboration between the two producers, stating that "Music is one of the universal languages that linked me and TĀLĀ up in exchanging ideas for this collaboration; culturally, there are bound to be several aspects that subconsciously influence each artist in choosing their sounds, textures and arrangements."

For the artwork, TĀLĀ teamed up with Uji ‘Hahan’ Handoko who worked with stone to create a sculpture which was then digitized. She explains why she was keen for a local artist from Indonesia to be part of the project; "I’m very drawn to Southeast Asia and very much inspired by the East. I had visited Bali and had it on my list to discover and learn about Indonesia, also with plans to move there for a while.”

Read this next: 21 in 2021: Organic, ambient & experimental soundscapes from Asia

"Being half Persian and half English, I’m always interested in the juxtaposition of cultures and how we can find an interesting sweet spot mixing them together. So when I saw that Indonesia was a territory that was listed on the residency application I immediately jumped at the opportunity to be able to learn more about the rich and beautiful culture and music,” she adds.

‘Jukstaposisi’ shows TĀLĀ expertly stringing together different genres to create a refreshing sound. Taking Indonesia's beautiful, rich history and being able to flip it into something unexpected, the 8-minute mix includes an intoxicating blend of vibrant Javanese gamelan and modern rhythms while also presenting the coming together of East and West utilising discovered sounds from Yogyakarta and Los Angeles.

Dive into the culturally-rich sounds of ‘Jukstaposisi’ here.