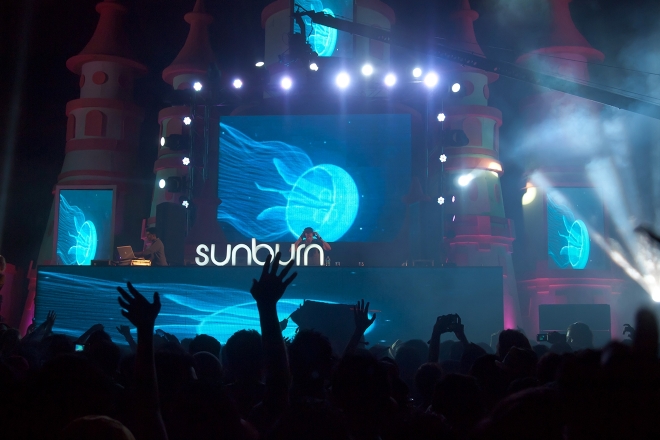 On Sunday, the organisers of Sunburn Festival announced that the 15th edition of the event would be held this December for fully vaccinated guests. The three-day showcase is set to run from December 28-30 at Vagator, Goa.

Its organiser, Percept Live, said that the festival will adhere to health and safety measures and "all applicable COVID-19 government guidelines”.

“Only attendees who have been fully/doubly vaccinated will be permitted to attend the festival. The festival will also be a limited capacity event and new entry and exit protocols will be put into place to ensure safe passage of attendees in and around the venue.”

The event is also to be limited capacity, which would see it be a rather different affair from previous years where it’s been heralded as Asia’s biggest music festival, peaking at around 350,000 attendees in 2016. Last year, however, it was an all-digital event.

Although no artists were announced, the festival — which is themed #LifeIsCalling — said it will feature over 60 international and local artists across three stages with exclusive after-parties catering to an exclusive audience.

It seems that event has ticked all the boxes for the first post-pandemic blowout — except the most important one: permission from the state government.

The India Times reported yesterday that the promoters had not yet been granted permission to host the event, according to the State Tourism Minister Manohar Ajgaonkar.

"I have not given permission for Sunburn yet. The file is with the Chief Minister,” Ajgaonkar said to the media at the Goa Secretariat. “I don’t know on which basis the (organisers) are promoting (the festival)… I have told the Director to speak to them.”

It's further said that the Chief Minister, whose name is Pramod Sawant, instructed the Director of Tourism to look into why the event is being promoted without being given the green light, but adding that it could take place "if the Covid situation is under control."

That said, Ajgaonkar is in favour of the event, saying that festivals like Sunburn would help attract the "richest tourists" to the coastal state, which is likely hugely needed to kickstart tourism in a country ravaged by the pandemic. "We need tourists. If we want the richest tourists, then we should have such events,” he added.

Similar to other countries in Asia like Thailand and Indonesia, the government in India has expressed interest in using the pandemic as an opportunity to start with a clean slate when it comes to tourism, and looks to attract less low-budget tourists (backpackers as we know them all too well in Asia) in favour of the “richest tourists”.

Aside from the IRL event, Sunburn also announced plans to partner with several clubs across India for Sunburn Echo, a livestream experience that will recreate the festival across the country. Sunburn Home will also offer the festival experience from the comfort and safety of…you guessed it…home.

In the event that they sort their differences out, you can register for Sunburn Festival Goa 2021 here.