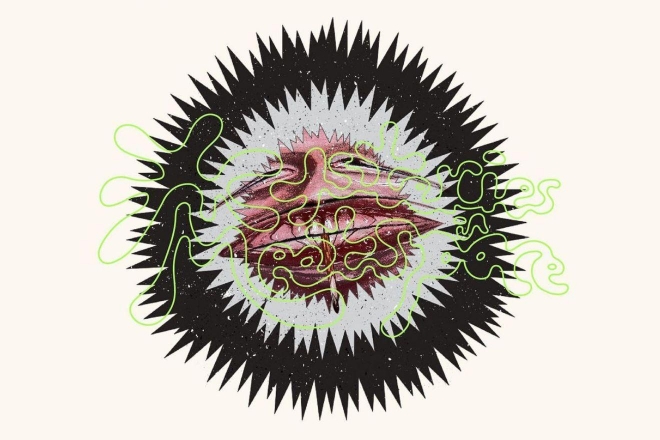 Creeping through the lion city in all absurdities this Saturday, October 29, is Strange Weather and Mama Magnet’s world of the “strange, unknown and in-betweens” — an audio and visual explosion in a secret venue that will unfold the ‘Mysteries in Meatspace’.

With a knack for exposing the unknown around Singapore, the Strange Weather party series looks to give people a bang for their buck as attendees excitedly expect the unexpected. Honing on the creative claws of artists and creative studios around the region, their audio-visual experiences have captured the eyes, ears and minds that have piqued the curiosity of individuals that live beneath an undefined realm from the polar ends of normality. 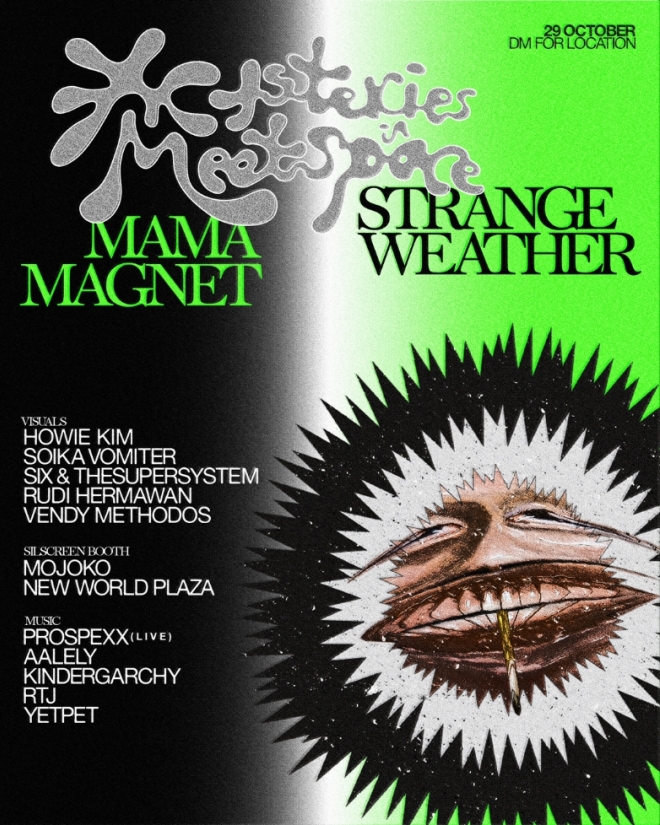 After leaving a lasting impression from their first event, Strange Weather hopes to continue doing the same by collaborating with a collective from another mother, Mama Magnet. Sharing the same absurd sensibilities, it was the perfect match that was threaded together from a passion towards the oddities that surround us. What better way to complement one another and combine their ethos than the upcoming ‘Mysteries in Meatspace’?

Read this next: A special exhibition titled 'Yayoi Kusama: 1945 to Now' will be held at Hong Kong’s M+ museum

“We both have a penchant for merging digital & physical experiences together — in terms of music, both playing our favorite dusty records and playing digital, and in terms of art, both in physical forms via various installations or digital via visuals and projections. As much as the internet plays a big part in enriching our day-to-day and creative lives, IRL gatherings and physical objects of affection still have our hearts. But that does not imply that one is more important than the other — rather they complement each other and ‘Mysteries in Meatspace’ is one of the avenues to showcase this symbiosis,” says John T aka Sideo of the Strange Weather collective exclusively to Mixmag Asia. 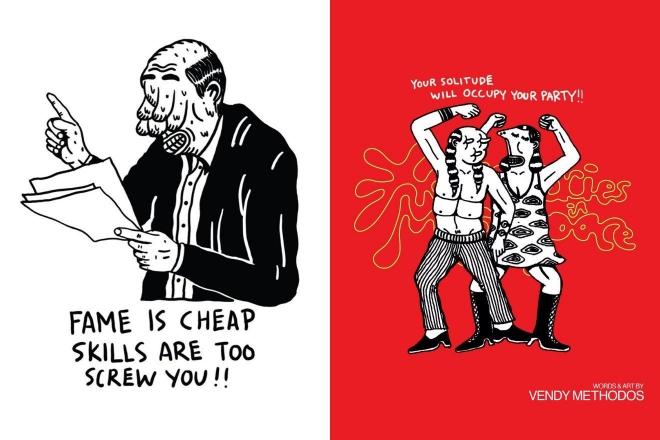 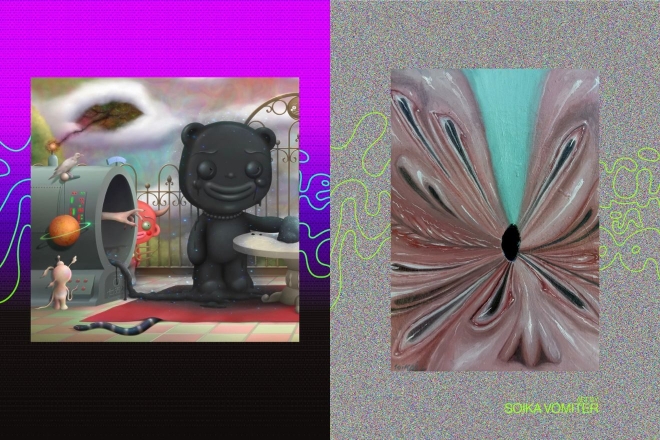 The event will showcase a melting pot of unique creatives hailing from Southeast Asia as they present their global and personal stories through the sights and sounds of multiple mysteries of the world. Artists such as Prospexx (live), Aalely, Kindergarchy (ID), RTJ and yetpet will be part of the audio portion, while Howie Kim, Soika Vomiter (PH), Six & thesupersystem, Rudi Hermawan (ID) and Vendy Methodos (ID) will be showcasing the visual portion. A live silkscreen t-shirt booth will also be part of the showcase with Mojoko and New World Plaza.

So what's with the name 'Mysteries in Meatspace'? "It's a celebration of chance encounters and connections that uniquely happen when we decide to show up in real life, instead of meeting online. 'Meatspace' is borrowed from Web3 slang as the visual component of the event teases a line-up of artists that Mama Magnet is organising into an NFT show to close 2022," explains Sideo.

For more information on the event, you can check out Strange Weather or Mama Magnet on Instagram.