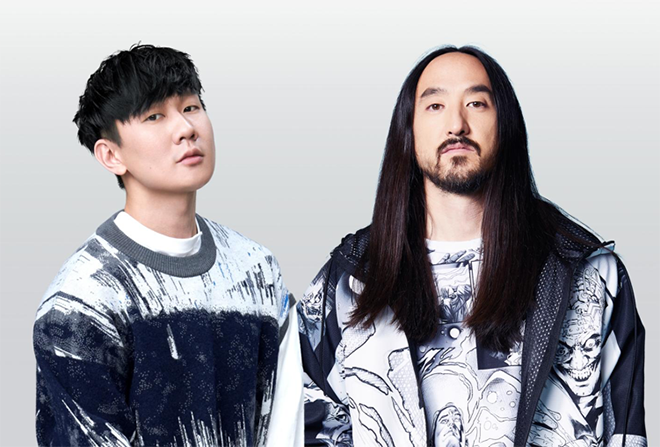 What do you do when you have two superstars dominating charts from their respective sides of the planet? Collaboration, not competition.

Steve Aoki has never been shy about teaming up with artists from every corner of the world and musical spectrum. This time, a collab comes by way of JJ Lin (林俊傑), who is arguably one of Asia’s biggest pop stars of the moment. The release also marks the Singaporean's first foray into electronic dance music.

‘Not Tonight’ is a song sung by JJ Lin and is the first single from his Like You Do EP. It tells a story of the difficulties in letting go of a loved one, and the difficulty in embracing one’s self. “When the struggle is overwhelming and giving up seems the most obvious choice, you harness all the strength you have to softly yet firmly tell yourself, ‘Not Tonight’.”

LA-born and bred DJ and producer Steve Aoki has reworked the song through which he was able to inject a stronger and brighter rhythm of electronic music "with the focus on one’s redemption on that dark night, evoking the psychedelia, sensibility and the swing of the song.”

The collaboration is a first for the pair, who set out to amalgamate the sensibility of Chinese culture with the avant-gardism of the West through a narrative that illustrates a subtle yet profound contrast of beauty in both cultures. Beyond the song, this theme runs strong through a music video in which JJ navigates between time and space in a quest for brotherhood, which echoes the story of JJ and Steve Aoki coming together in real life from different time zones and different parts of the world. At the time of writing, the video had 17,000 views and had only been only for a little over three hours.

The collaboration is only the second English song for JJ Lin, following ‘While I Can’ which was adapted from Lin's Mandarin song Wonderland in 2019. In general, transpacific collaborations have become a powerful way for artists to tap into each other’s markets, so it all be interesting to see how ‘Not Tonight’ is received worldwide. JJ Lin has 1.29 million followers on YouTube and 3.1 million followers on Facebook and 4.5 million on Instagram, without even factoring in his popularity on localized platforms like We Chat, Weibo and of course Chinese streaming services.

‘Not Tonight (Tomorrow Sounds Good Steve Aoki Remix)' is out worldwide on November 30. Stream it here.