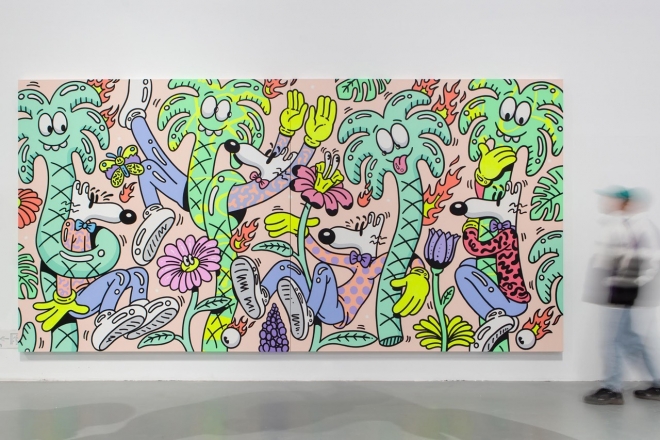 Climate change is real, and Steve Harrington is using his contemporary psychedelic-pop aesthetic to raise awareness surrounding the issue. Generally, his work makes us feel happy, important given the state of the world today, and his colourful and generally cheerful work retains a sense of optimism while highlighting serious subject matters.

His House On Fire painting addresses climate change in 12 colours and features his signature Mello character traversing through a “psychedelic landscape filled with burning, humanoid palm trees and flowers”. 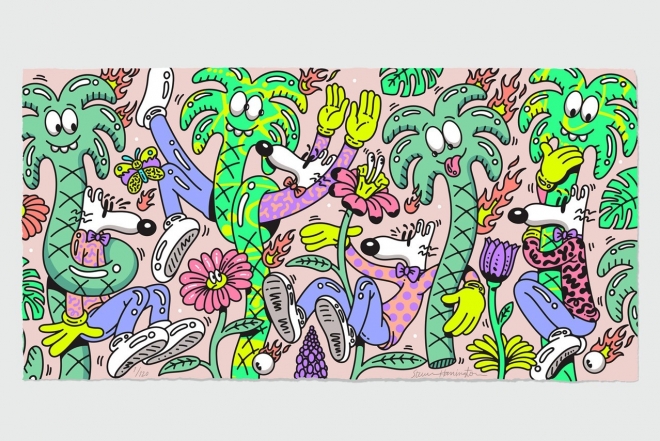 Last week, the LA-based artist, designer and co-founder of National Forest released a 48in x 24in hand-pulled screen print of his ‘House On Fire’ painting that’s up for grabs to anyone willing to shell out $1,800. The original, which is 16ft wide x 8ft tall, was first displayed at the Powerlong Museum of Art in Shanghai.

There are just 120 of the limited edition prints, all signed and numbered, and come with a signed 'Certificate Of Authenticity’. 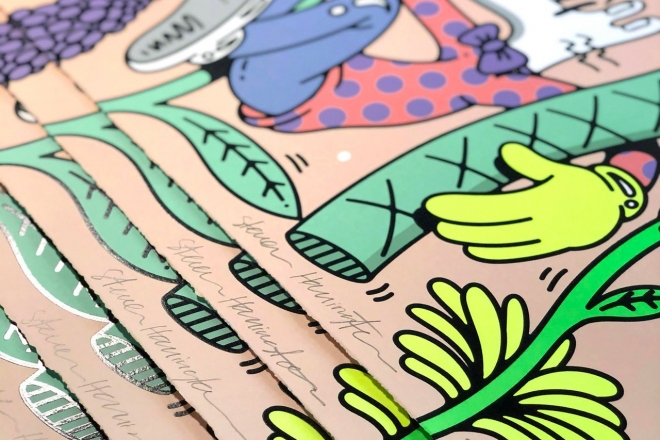 Steve Harrington’s iconic murals, installations and art feature all around the world in cities like Milan, Tokyo, Chicago, Paris, New York, Berlin and more, but chiefly in his home city of Los Angeles. Earlier this year, the artist unveiled his first permanent outdoor sculpture in South Korea. The nearly 14-foot tall installation sits outside of an apartment building called Loft One in Seoul. Mello is once again the subject and wears a bright purple and green bow tie, along with his signature white gloves and shoes.

“With this sculpture, the artist wishes for a constant state of peace,” reads a plaque that accompanies the sculpture.