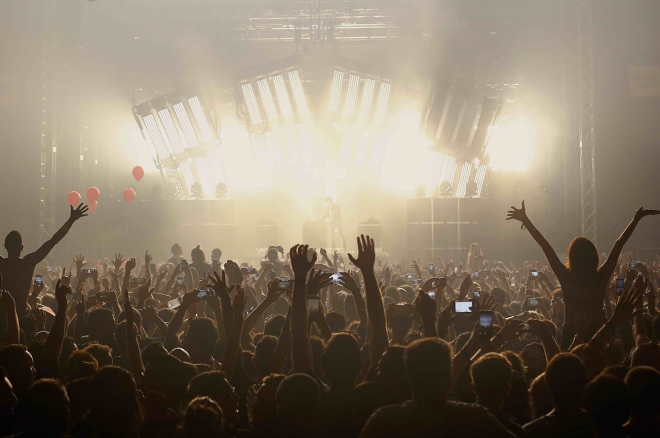 See the complete line-up below.

Artists will play across five unique stages – two outdoor and three indoor – that are designed to give festivalgoers and audacious assortment of audiovisual entertainment options throughout the day and night.

The Sonar+D programme has also been revealed and includes talks from Hanson Robotics on robot named Sophia who was developed in Hong Kong and has made headlines for her incredible displays of realistic emotional responses and ultra-lifelike facial expressions. See the full list of talks, workshops, keynotes and masterclasses here.

In addition, this year marks Sónar’s 25th anniversary and the festival is celebrating the occasion in typically innovative style by sending a musical message into outer space in search of extra-terrestrial intelligence with 33 artists chosen to send their music towards GJ273b, a potentially habitable exoplanet 12.4 light years from Earth. Musicians selected include The Black Madonna from the Sónar Hong Kong 2018 lineup and Kode 9 and Daito Manabe from Sónar Hong Kong 2017.

This ground-breaking artistic and scientific experiment is open to the audience and anyone wishing to enter can submit an original composition in any genre or musical style here before March 1st, 2018.

The festival, which launched in Barcelona in 1994, is known and respected all over the world for its high-quality production and powerful line-ups that link music, creativity and technology.

Sónar will take place at the Hong Kong Science Park on Saturday March 17th with tickets starting at 880HKD. Purchase them here.