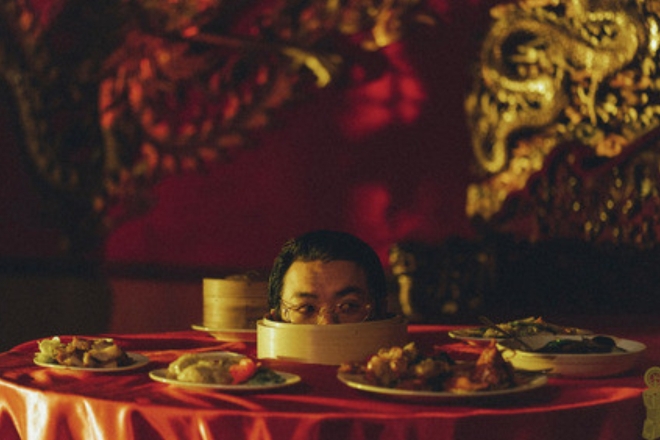 The original beat by Birmingham producers Sly Diggers was based on a sample from ‘Don’t Want The Regular’ by Wu, who was sent a final demo and loved the track. A live jam led to a recording with Jianbo, and in turn, making “Mongkok Madness” a multicultural delight.

While their Britishness held them together with enough common grounds to collaborate, the three mixed-Asian entities also found themselves representing a new way to communicate together, with a heavily blended, new sound.

Jianbo took his own production company Dialtone Digital for the music video which was filmed at famed Chinese restaurant Hong Kong City in South London.

From Jianbo’s head taking a spin in a bamboo basket while rapping to feasting in style with his crew, the video epitomises Asian culture from a perspective of amalgamated heritage.

Check out the music video to 'Mongkok Madness' below.